Fisheries observers play a vital role in gathering the data needed to ensure the sustainability of our marine resources. 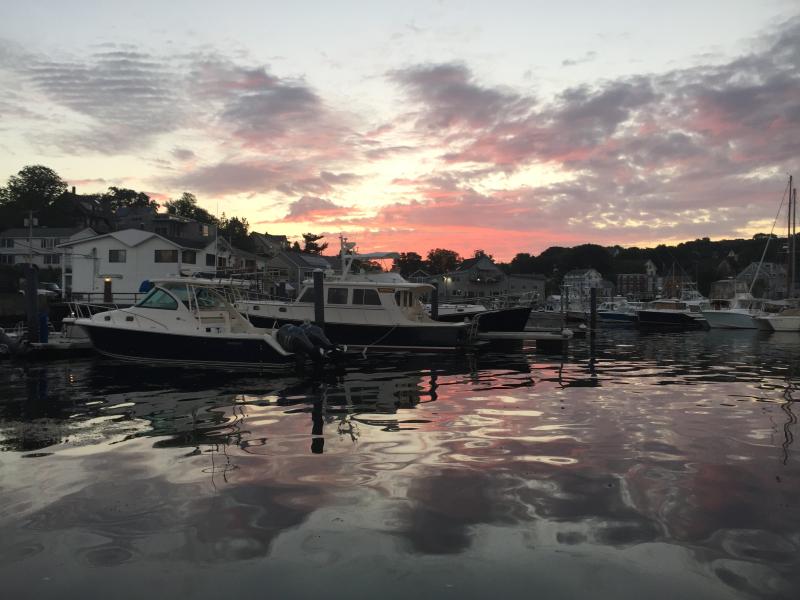 Keenan Carpenter has always loved being on the water. Growing up in Florida, he dreamed of a pro fishing career. Today, you can often find him casting his rod from the beach or on a kayak in his spare time. But as he moved through his studies in marine sciences at Jacksonville University, he found another way to channel his affinity for fishing and his background in sciences—as an observer for NOAA Fisheries.

“I watch what gets taken out of the ocean to ensure there’s more to get taken out later,” Carpenter says of his work. As one of about 850 observers contracted by NOAA Fisheries, Carpenter acts as the agency’s eyes and ears on the water. Observers collect data from commercial fishing vessels on what’s caught and what’s discarded, and track interactions with seabirds, sea turtles, and marine mammals. The data are critical “puzzle pieces of the whole picture,” as Carpenter says, underpinning the decisions made for sustainable fisheries management.

Starting Out as an Observer

The program monitors the U. S. Atlantic pelagic longline fleet. The fleet targets species including tuna, swordfish, and dolphinfish throughout the Gulf of Mexico and along the Western Atlantic, all the way from Newfoundland to Brazil. Typically, the program has 15 to 20 observers who spend a combined 1,500 days at sea in an average year. Their trips can last anywhere from 2 to 45 days. Altogether, these observers gather data over approximately 1,000 hauls annually to provide information to manage pelagic fish stocks.

Carpenter is at sea for about half to two-thirds of a typical month. Each trip starts with a call from the observer coordinator with the time and place of departure, along with general safety information and any insight on the particular vessel. Carpenter arrives at the dock an hour or two before departure to meet the captain and crew and check to ensure all safety equipment is onboard and up-to-date. He then gets situated for the trip in his berth or other accommodations, and settles in for the trip to the target fishing grounds. These can be anywhere from an hour’s ride to 3 or 4 days. During this time, he organizes his gear, forms, and sampling equipment, or catches up on sleep and reading on longer trips.

Once the vessel reaches its destination, the crew gets to work. For swordfish, for example, the crew will set out anywhere from 600 to 900 hooks on a line 20 to 40 miles long, starting at dusk. After letting the line sit for 9 to 12 hours, the haulback begins—as does Carpenter’s work. During the 6 to 12 hours of haulback, Carpenter is on deck to observe as empty hooks are rolled back in. He’s ready for the moment something is reeled in, whether the targeted species or an inadvertent interaction with another species.

“Usually, it’s long periods of nothing punctuated by frenzied segments of activity,” says Carpenter. He adds that patience—coupled with staying alert—may be the most important skill needed as an observer. “The best is when a boat has a good run of fish—the crew is happy, the captain’s happy, and I’m busy. You also have to be ready for any incidental take of marine mammals, turtles, sea birds, or prohibited shark species.” This is when another one of Carpenter’s skills honed as an observer comes into play: an eye for “snapshot details.” For some bycatch, such as sea turtles and marine mammals, observers try to video the brief interaction—usually less than 10 seconds—with a camera in one hand, and attempt to get a skin scrape with a 8-foot biopsy pole in the other. All the while, the crew is moving on the deck among lines, thrashing fish, and sharp equipment. “There's a brief window to look at the critter and really piece everything together to identify the species if you can, especially if you don’t end up getting great video.”

The process is repeated over the rest of the trip, usually 10 to 14 days total. There can always be delays from weather, marine mammal interactions, or other factors. The trips tend to be “boom or bust”; depending on the time of year, they may catch five fish or 300. After fishing is complete, the vessel returns to the dock. Carpenter monitors the offloading of all fish, records weights, gets grading information from the fish house or dealer, and then returns home to complete his trip paperwork.

Carpenter eventually plans to transition to a land-based job within fisheries management that has a more predictable schedule. He says the skills and perspective gained through observing will serve him throughout his career. “The data we’re getting is for the benefit of everyone—the public and the industry—so that we don’t end up with depleted waters.”

Last updated by Office of Science and Technology on October 22, 2021