Young Whale Gets an Unlikely Second Chance at Survival

NOAA and partners worked together off Sandy Hook, New Jersey yesterday to cut a length of rope entangling a juvenile humpback whale, giving the whale a second chance. 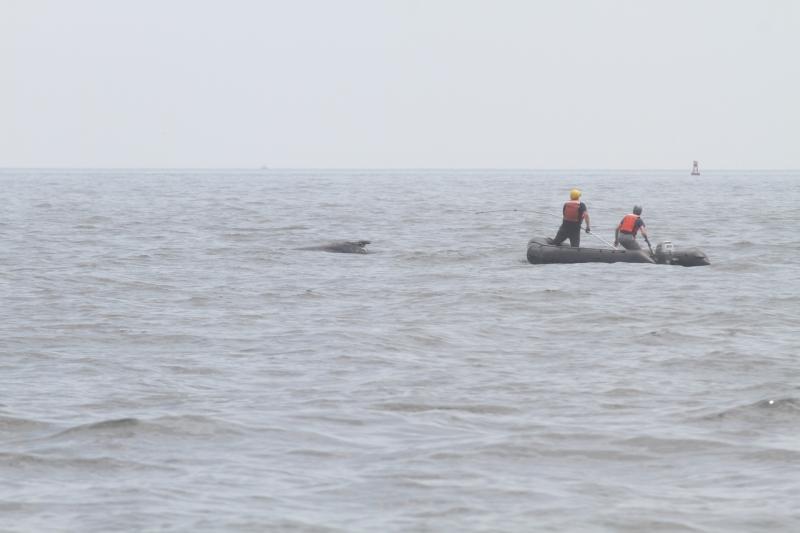 This juvenile humpback whale is a success story the scientists didn't think would happen. NOAA and partners worked together off Sandy Hook, New Jersey yesterday afternoon to cut a length of rope entangling the animal. Team members from the Center for Coastal Studies made a delicate cut that gave the whale a second chance at life.

The first reports of the entanglement came in last November. The Center's disentanglement team attempted to cut the line in early November with partial success, but a tight wrap of line remained around its upper jaw. Responders tried to find the animal again, but couldn't. As the whale grew, the line tightened. Making matters worse, the entanglement wrapped around especially sensitive locations, including the eye and blowhole.

"If left alone, the animal had no chance," said David Morin, NOAA Fisheries Atlantic Large Whale Disentanglement Coordinator. "The whale would have died a slow and painful death. Even in response, the tight wrap left such a small area, about a foot or two wide, that we could cut."

"But we now had all the people in place, less boat traffic, and ideal weather," Morin said. "So we decided to take the chance." 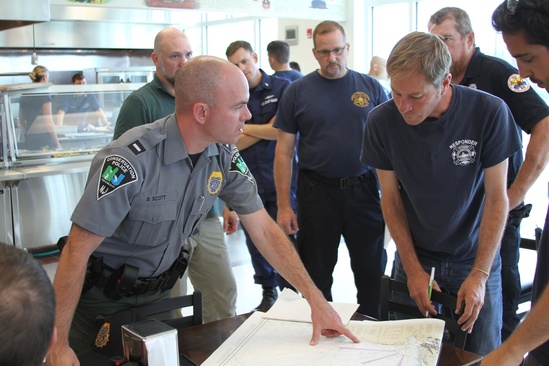 "The animal could be a long distance away at this point," said Scott Landry, Center for Coastal Studies' lead disentanglement biologist. "It's a needle in a haystack. But we've got to try."

Shortly after noon, the team went out on the water. Half an hour later, a U.S. Coast Guard helicopter spotted the animal. Using a small inflatable boat deployed from a New Jersey Fish and Wildlife Conservation Police vessel, crews made a few careful approaches to the whale with a hook-shaped knife at the end of a thirty-foot pole. Then, the words everyone was waiting to hear came over the radios: "we cut the line." After another hour of double, triple, and quadruple checking, crews called it success.

"The whale was resting in the middle of the shipping lanes at the entrance to New York Harbor. In many ways, this was more than we could have hoped for," said Scott Landry of the Center for Coastal Services. "Some of the rope is still caught in the whale's mouth, but removing that would be too dangerous for the whale. Given time, the whale should be able to shed that bit of rope."

Whale watchers out of New York will help us monitor the animal's progress. Disentangling whales is dangerous for both whales and the people responding. We only attempt it when the entanglement is life threatening and an expert evaluation deems there is at least some chance of success.

"Stories like this are becoming more and more possible because the public is learning how to report entanglements," said Morin.

To help further successes, we ask the public to report sightings of entangled marine mammals and sea turtles to the NOAA hotline at (866) 755-6622. 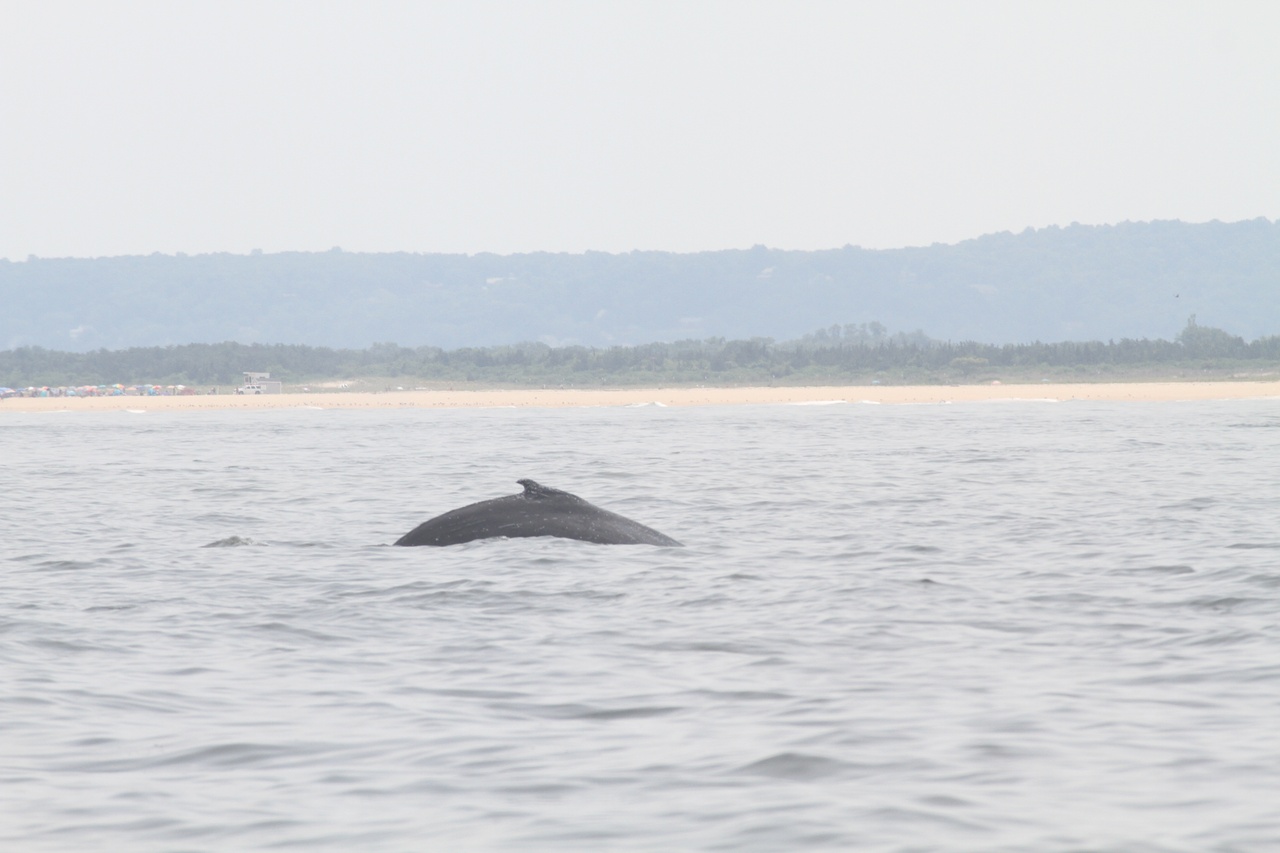 Humpback whales in our region are protected under the Marine Mammal Protection Act. NOAA Fisheries estimates that there are about 900 (896) humpback whales in the Gulf of Maine population (Hayes et. al. 2018). They are no longer considered threatened or endangered, but recently there has been a high number of mortalities along the Atlantic coast. NOAA Fisheries declared an Unusual Mortality Event for these whales in January 2016, and we are continuing to to coordinate with the Working Group on Marine Mammal Unusual Mortality Events to review data, sample stranded whales, and determine the next steps for the investigation.

Find out how to report a stranded or entangled marine animal in your region.