A message from Donna Wieting, Director of NOAA Fisheries Office of Protected Resources. 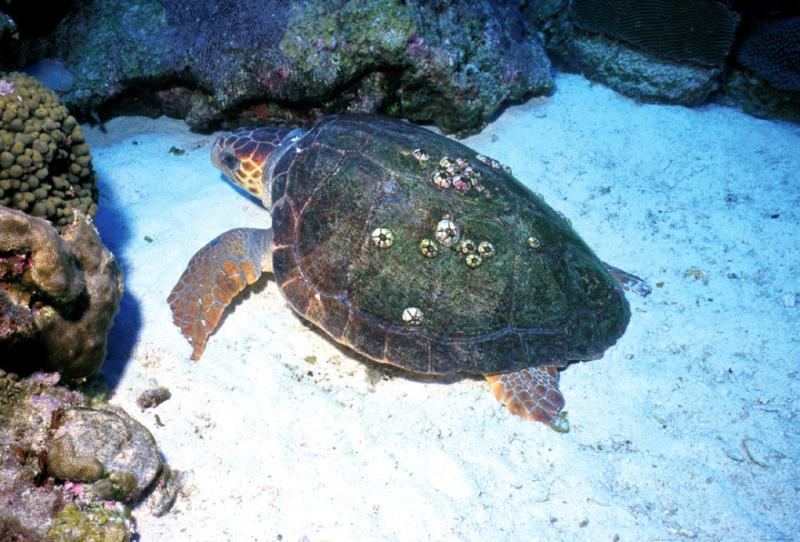 It is my pleasure to welcome you to Sea Turtle Week 2019. Every day,  NOAA scientists and resource managers collaborate with partners across the globe to conserve and recover protected species as part of our mission. Sea turtle conservation activities have been a hallmark of those efforts. 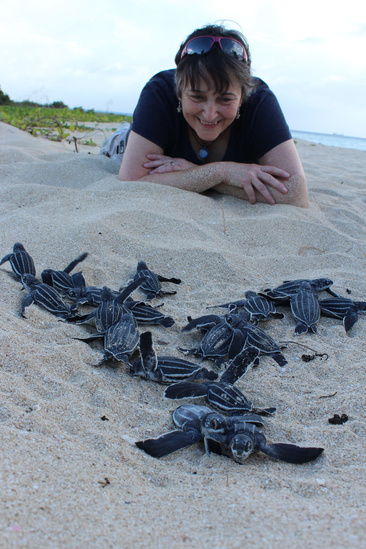 This year we are highlighting our efforts to:

We will also hold a Twitter chat on June 12, from 2:00 p.m. to 4:00 p.m. EST, to answer your questions about sea turtle conservation and biology.

An Ocean Journey Fraught with Threats

Sea turtles are exceptional travelers. They leave the beach as hatchlings, grow up in multiple habitats that may be separated by hundreds or thousands of miles. Then they migrate back to their nesting beaches decades later to lay the next generation of eggs. Their journey is fraught with threats, including bycatch in fisheries, vessel strikes, entanglement in marine debris, barriers that restrict access to nesting beaches, and artificial lighting that confuses hatchling turtles on beaches. They are also in danger of being hunted and having their eggs collected in some parts of the world. All of these threats contributed sea turtle populations plummeting during the 20th century.

Working with our partners, we have taken numerous conservation actions to help protect and restore sea turtle populations. This includes our long track record of working with partners to develop and test bycatch reduction technologies such as turtle excluder devices for trawl fisheries, circle hooks and bait changes for longline fisheries, and, more recently, lighted gillnets. We also conduct ground-breaking research that sheds light on threats sea turtles face, the genetic origins of sea turtles, their migrations, how old they are and how long it takes them to mature.

It has been wonderful to see that our efforts are making a difference to the species we protect and the communities that value them. Together we have made progress in improving the conservation outlook for several species, such as the North Atlantic green turtle. Severely endangered in the middle of the 20th century, this species is now considered threatened, with substantial population gains throughout its range.

We are especially focused on conservation of Pacific leatherbacks, one of our Species in the Spotlight. We have greatly enhanced our international cooperation with several governments, particularly Indonesia and Mexico. Together, we are working to enhance monitoring efforts, better understand migrations, and reduce bycatch and poaching of the critically endangered Pacific leatherback. In the United States, changes to gear and fishing practices implemented in the Hawaii longline fishery have greatly reduced bycatch of Pacific leatherbacks and North Pacific loggerheads in that fishery for more than a decade.

I invite you to swim into the Sea Turtle Week page this week to learn more about the sea turtle conservation and research work we are doing at NOAA Fisheries. Please share with your friends and colleagues and invite them to think about what they can do in their daily lives to help conserve these magnificent animals.

Last updated by Office of Protected Resources on September 13, 2019