The final rule to rescind habitat regulations is an effort to improve and strengthen implementation of the Endangered Species Act.

NOAA Fisheries and the U.S Fish and Wildlife Service will rescind a final rule, published in December 2020, which established a regulatory definition of “habitat” specific to designation of critical habitat under the Endangered Species Act. This action will allow us to better fulfill the conservation purposes of the ESA.

The decision follows Executive Order 13990, which directed all federal agencies to review and address agency actions to ensure consistency with Biden-Harris administration objectives. We concluded that codifying a single definition of “habitat” could impede our ability to designate critical habitat based upon the best available science. Eliminating the rule will provide clarity and transparency for the public in better understanding what constitutes habitat for given species.

“Today’s action strengthens our ability to implement the Endangered Species Act consistent with its purposes of conserving and recovering threatened and endangered marine species,” said Under Secretary of Commerce for Oceans and Atmosphere and NOAA Administrator Rick Spinrad, Ph.D. “We will continue to use the best available science to inform critical habitat designations and fulfill our foundational mandates that are at the core of NOAA’s mission.”

“The growing extinction crisis highlights the importance of the Endangered Species Act and efforts to conserve species before declines become irreversible,” said Assistant Secretary for Fish and Wildlife and Parks Shannon Estenoz. “Today’s action will bring implementation of the Act back into alignment with its original purpose and intent and ensure that species recovery is guided by transparent science-based policies and conservation actions that preserve America’s biological heritage for future generations.”

Today’s final rule will improve and strengthen implementation of the ESA. It rescinds a definition of “habitat” that was unclear, confusing, and inconsistent with the conservation purposes of the ESA. The “habitat” definition rule prevented the agencies from designating areas that did not currently meet a species' needs, even if the area could in the future due to natural processes or reasonable restoration. Most species face extinction because of habitat degradation and loss. It is more consistent with the purposes of the ESA for us to designate critical habitat in a manner that protects listed species’ habitats and supports their recovery. The action followed a transparent rulemaking process, including a public comment period and consideration of all comments received.

The ESA is extraordinarily effective at preventing species from going extinct. It has inspired action to conserve at-risk species and their habitat before they need to be listed as threatened or endangered. Since it was signed into law in 1973, more than 99 percent of the species listed under the law are still with us today. 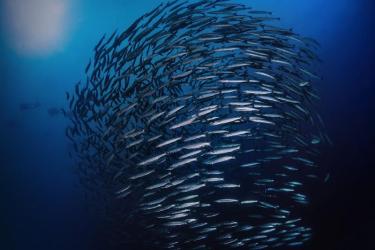