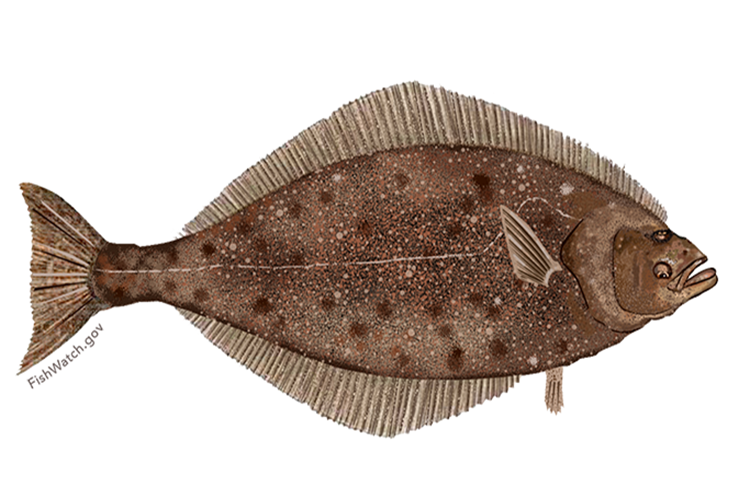 NOAA Fisheries is seeking public comment on a proposed rule that would implement Amendment 123 to the Fishery Management Plan for Groundfish of the Bering Sea and Aleutian Islands (BSAI) management area. If approved, the proposed rule would establish abundance-based management of Amendment 80 trawl sector prohibited species catch limit for Pacific halibut.

The Amendment 80 sector is a fleet of nearly 20 trawl catcher-processor vessels that target Pacific cod, Pacific Ocean perch, Atka mackerel, and Rock, Yellowfin, and Flathead sole in the Bering Sea.

This action was initiated by the North Pacific Fishery Management Council at its December 2021 meeting. It is necessary to minimize halibut prohibited species catch to the extent practicable without compromising the ability to attain optimum yield in the BSAI groundfish fisheries.

Pacific halibut is fully utilized in Alaska as a target species in subsistence, personal use, recreational, and commercial halibut fisheries. Halibut has significant social, cultural, and economic importance to fishery participants and communities throughout its geographical range.

In recent years, catch limits for the commercial halibut fishery in the BSAI have declined in response to changing halibut stock conditions. Limits on the maximum amount of halibut PSC allowed in the groundfish fisheries have remained constant.

As halibut abundance declines, the PSC limit becomes a larger proportion of total halibut removals. The Amendment 80 sector is accountable for the majority of the annual halibut PSC mortality in the BSAI groundfish fisheries.

Amendment 123 is consistent with the Council’s purpose and need statement for this amendment. It will prevent halibut PSC from becoming a larger proportion of total removals in the BSAI as halibut abundance declines. The Amendment 80 halibut PSC limit should decline in proportion to reduced amounts of halibut available for harvest by all users.

Why the Amendment 80 Sector?

The Amendment 80 fleet has reduced halibut mortality in recent years. However, continued decline in the halibut stock requires consideration of additional measures for management of halibut PSC in the Amendment 80 fisheries. Since the BSAI halibut abundance has declined in recent years, the static PSC in Amendment 80 fisheries can become a larger proportion of total halibut removals in the BSAI. This is particularly important in Area 4CDE and can reduce the proportion of halibut available for harvest in directed halibut fisheries.

If approved, the amendment would provide incentives for the Amendment 80 fleet to minimize halibut mortality at all times. This could result in additional harvest opportunities in the directed commercial halibut fisheries. This would help provide for the sustained participation of such communities that participate in those directed fisheries and allowing for a fair and equitable allocation of the resource.

Amendment 123 would establish a link between the halibut PSC limit for the Amendment 80 sector in the BSAI groundfish fisheries and halibut abundance. The abundance-based approach is consistent with the International Pacific Halibut Commission (IPHC) management approach for the directed commercial halibut fisheries off Alaska. This approach establishes annual catch limits that vary with halibut abundance.

If approved, Amendment 123 would allow NOAA Fisheries to annually set halibut PSC limit for the Amendment 80 sector according to:

The Council and NOAA Fisheries reviewed the scientific information and consideration of the revised National Standard guidelines. They determined that reducing halibut PSC with declining halibut abundance provides conservation benefits, as defined by the Magnuson-Stevens Act. They determined that this proposed amendment, if approved, may provide additional harvest opportunities for the commercial halibut fisheries.

This regulation is expected to be implemented prior to the 2024 BSAI groundfish fishing season. An effective date of November 2023 is required to ensure that the 2024 harvest specifications will include the new halibut PSC limit for the Amendment 80 fleet.

Read the notice of availability and proposed rule to implement Amendment 123.