To celebrate Women's History Month, we are highlighting six women that are leading the efforts of NOAA Fisheries to develop and implement electronic technology programs.

To celebrate Women’s History Month, we are highlighting six women that are leading the efforts of NOAA Fisheries to develop and implement electronic technology programs.  Electronic monitoring and reporting technologies are being developed to better inform our science and management in commercial and recreational fisheries, and these women are contributing in a variety ways to make it happen.  We asked them to tell us about their background and the work they do for NOAA Fisheries, and what it means to be a woman in the sciences, both now and into the future. 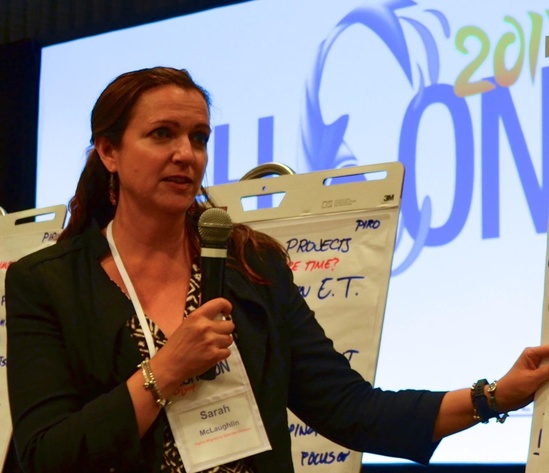 "In 1974, Kathryn A. McCarthy, a legend at Tufts University, said this about science being one of the most supportive places a woman could work: 'Once you’re in the lab, no one asks whether you’re a man or a woman.' I interpret this as: just get in there. I have always thought the expression about everything being about luck and timing was not right and that most good things happen with luck, timing, and preparation."

Sarah McLaughlin is a Fishery Management Specialist with the Highly Migratory Species Management Division, located at the Greater Atlantic Regional Fisheries Office. Sarah received a Master of Public Management degree in Environmental Policy from the University of Maryland, received a B.S. in Biology and Environmental Studies from Tufts University, and "spent a year on three seas" in Northeastern University's East/West Marine Biology Program. She began in the HMS Division as a contractor in 1995 and has also worked for the Sustainable Fisheries Division in Gloucester on mid-Atlantic species management.

Sarah works on domestic and international Atlantic tuna fisheries management, regulations, and policy, particularly regarding Atlantic bluefin tuna and North Atlantic albacore. The Atlantic bluefin tuna fishery is quota managed both domestically and internationally, and the HMS Management Division is required under the Atlantic Tunas Convention Act and the Magnuson-Stevens Act to provide U.S. fishing vessels with a reasonable opportunity to harvest the U.S. quota. Timely collection of data is instrumental to bluefin tuna fishery management, including for in-season quota transfers, retention limit adjustments, and closures.  We rely on a variety of electronic technologies to collect this important information, such as dealer-reported landings data via web-based systems, vessel-owner/operator-reported landings and dead discard information via the HMS Catch Reporting App, and real-time catch information from Vessel Monitoring Systems. Information collected through electronic monitoring on pelagic longline vessels also provides verification of other data streams. 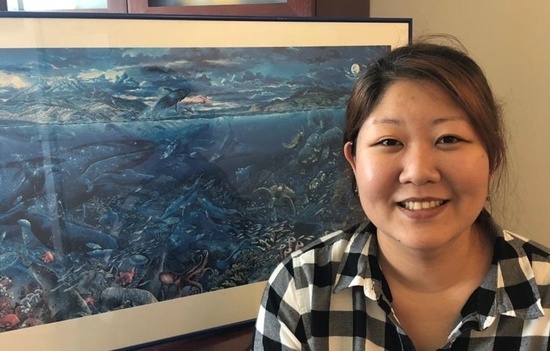 “With regard to women in sciences, I think that it’s important that from a young age, women are encouraged to participate and excel in career fields that used to be heavily male dominated.  It's great to see the education system supporting STEM programs such as robotics, computer programming, etc. that can help to foster these interests within young women.”

The Pacific Islands Fisheries Science Center and the Joint Institute for Marine and Atmospheric Research collect and process more than 20,000 paper fishery log sheets per year. It’s time for a change. Contributing to this much needed change is Ashley Tomita, a Database and Application Developer working on electronic reporting of longline fishery data. Currently, at-sea beta tests are underway whereby fishers enter data on tablets, the encrypted data are sent in real-time via satellite and arrive at the Science Center for de-encryption, quality control and incorporation into databases. The electronic reporting project has the potential to not only save some trees, but also significantly reduce the time lag for fishery monitoring, ideally resulting in more timely management of fishery quotas. As a technical adviser on the project, Ashley works closely with the rest of the team by providing technical guidance, feedback, and support.  She does a lot of correspondence with the contracted application developers to help bridge the gap between the functional needs of the fishery and technical aspects of application development. 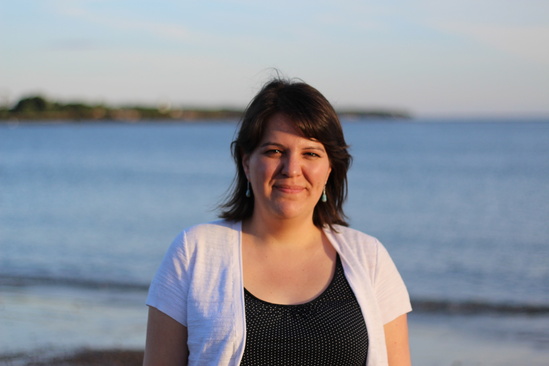 "Working in a traditionally male-dominated field, I have struggled at times for my ideas and contributions to be treated like everyone else's.  However, I am inspired every day by the strong, capable women I work with in leadership positions at the West Coast Region, on the Fishery Management Council, and representing industry and environmental organizations.  Our voices are making a difference in the lives of fishermen and the environment.  It gives me hope for the future of women in fisheries management."

Melissa Hooper grew up in Portland, Oregon where she developed a deep love for the outdoors and the sciences, and learned that it is possible to live with our natural resources in a sustainable manner.  She got a B.S. in Biology from the University of Puget Sound in 2005 and a Master of Environmental Management from Duke University in 2008.  She is currently the Branch Chief for Permits and Monitoring in Sustainable Fisheries in the West Coast Region, overseeing permits and monitoring programs for the West Coast Fishery Management Plans, including the development of electronic monitoring.  Over the last couple of years, she’s been working with Council, Commission, industry, NGO, and agency partners to develop an electronic monitoring alternative for the 100-percent at-sea observer coverage requirement in the west coast groundfish trawl fishery.  Through this collaboration, they've successfully implemented an experimental fishery for 46 different vessels using a range of gear types, including midwater trawl, bottom trawl, and pot gear.  Melissa is now working on transitioning this program to regulations in 2018 and 2019.  Given the success with the groundfish project, they're now starting to branch out their efforts into projects in the Highly Migratory Species drift gillnet fishery and making advancements in the groundfish program, such as by refining and automating the video review.  Before coming to the West Coast in 2014, Melissa previously worked as a Policy Analyst on the Northeast Multi-species Fishery Management Plans at the Greater Atlantic Regional Fisheries Office. 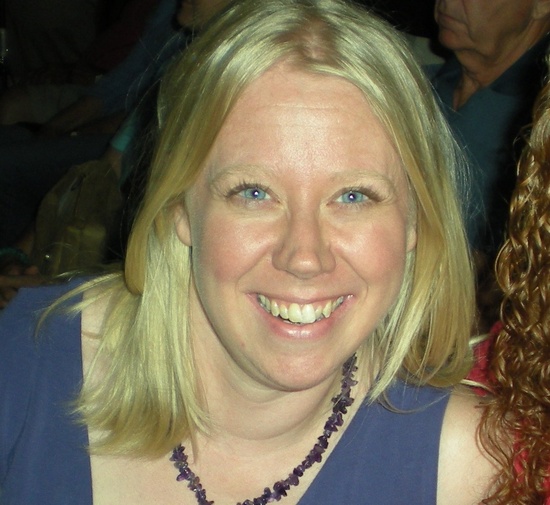 “I believe that for each generation, the role of women in STEM oriented fields is strengthening.  In recent years, I have seen a realized shift in women scientists in the federal service: not only are more women being are appointed to leadership positions, but women, in all roles, are highly valued for their intelligent and successful contributions. One of my personal goals after obtaining a leadership position was to mentor other women in how to succeed in fisheries science, both in and out of NOAA.  To me, that success meant ensuring they have the tools and skills necessary to be a valued team member, ensure awareness of future opportunities, and being a sounding board for any concerns.”

Jessica Stephen grew up in the land-locked state of Pennsylvania, so it's still a mystery as to how she decided to become a marine scientist.  Jessica got a B.S. in Marine Science from Rider University in New Jersey.  After working for a bit, she went back to school to earn her M.S. in Marine Science from the University of South Carolina. South Carolina was so inviting she ended up working for the state at the Department of Natural Resources' Marine Resources Research Institute in Charleston for over 10 years.   Jessica went back to school again to obtain her Ph.D. in Marine Science from the University of South Carolina while working for South Carolina Department of Natural Resources.  Shortly after completing her degree, she began her work at NOAA in the Limited Access Privilege Programs/Data Management branch in the Southeast Region’s Sustainable Fisheries Division as a data analyst.

A few years later, Jessica was promoted to run the Limited Access Privilege Programs/Data Management branch in the Southeast Region’s Sustainable Fisheries Division, which is her current position. Among her daily activities are running three catch share programs, conducting and overseeing analytic work relating to ongoing amendments, and being the electronic technologies liaison for the region.  Jessica directly coordinates electronic reporting in the Gulf of Mexico catch share programs, serves on numerous electronic technology working groups or professional specialty groups, and is co-leading an effort to implement electronic reporting in the for-hire industries in the South Atlantic and Gulf of Mexico fisheries. 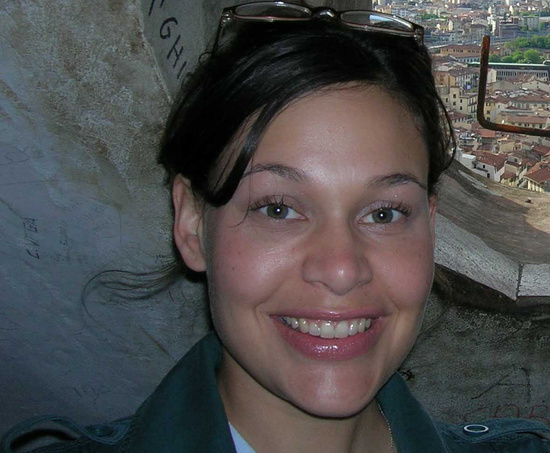 “In college, there were more men in my classes compared to women, but in my professional career, I have found that my colleagues are an equal balance of men and women. I'm encouraged to see women working side-by-side with men performing the same field work, research, science, and management duties. It is now the norm to see women hold prominent positions in science and to be working mothers and I think that sets the stage for future generations of women scientists to come.” 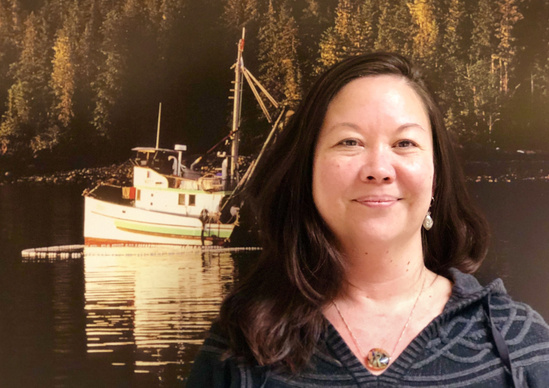 "Science was not considered a good career path for women when I was growing up, but after living and working in Alaska I realized that is entirely untrue! I have worked with numerous brilliant female scientists who have spent their careers protecting and preserving our natural resources for future generations. I hope the current focus on STEM education continues so women will be inspired and encouraged to pursue careers in the sciences."

Suja Hall is the Program Manager for eLandings—an innovative interagency electronic reporting system critical to the success of Alaska’s multi-billion dollar fishing industry. She works out of NOAA Fisheries Alaska Regional Office, located in Juneau, Alaska. Suja has been the elandings Program Manager for NOAA Fisheries since 2009. She works collaboratively with a team that consists of members from NOAA Fisheries, the Alaska Department of Fish and Game, and the International Pacific Halibut Commission in addition to the fishing industry to support a robust and agile reporting system. The eLandings system provides the Alaska fishing industry with a consolidated, electronic means of reporting real time landings and production of commercial fish and shellfish to multiple management agencies. Over 200 shoreside processing plants and an at-sea fleet of almost 70 catcher processors and motherships use the eLandings application throughout Alaska to report information on catch, production, and fishing effort. Suja works closely with developers to improve on the design of the electronic reporting application and provides program support and training for industry representatives on complex groundfish, Individual Fishing Quota, and crab reporting. Suja is known throughout the fishing industry for her technical skill with electronic reporting; her thorough knowledge of Alaska’s complicated federal reporting regulations; and her positive attitude. “Suja always goes above and beyond for us, and is my go-to person for everything,” said Sarah Yamamoto Pavlik of Yakutat Seafoods. “I always appreciate her help.”

Suja’s wealth of knowledge also makes her an important collaborator for NOAA Office of Law Enforcement. She provides training to enforcement staff in the use of the application for investigative purposes and works with enforcement to ensure consistent recordkeeping and reporting guidance is provided to industry. Suja grew up in southern California and has a degree in Geography and Environmental Studies. As she describes it, “I originally came to Alaska to work in canneries and to have an adventure! Then I fell in love with the land, sea, and the people.” She moved to a small fishing village, where she commercial fished for salmon, and then to Juneau, where she started a family and began a career with NOAA Fisheries.