Shark Research in the Northeast 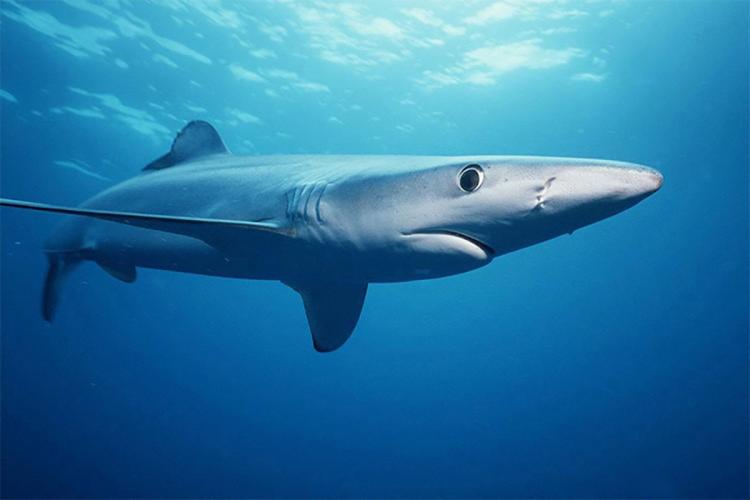 The majority of sharks we study are apex predators. Even though they are at the top of the oceanic food chain and can live for decades, they are still susceptible to overfishing. Unlike most fish, sharks grow slowly, reproduce late in life, and have only a few offspring. They are important contributors to the health of our marine ecosystems. Sharks help maintain healthy prey populations by removing the sick or weaker individuals, clean up the environment by scavenging on dead animals, and help to maintain species diversity as opportunistic predators. It is important to understand their life histories to effectively manage their populations.

Through the Apex Predators Program, we conduct life history research on commercially and recreationally important shark species focusing on: 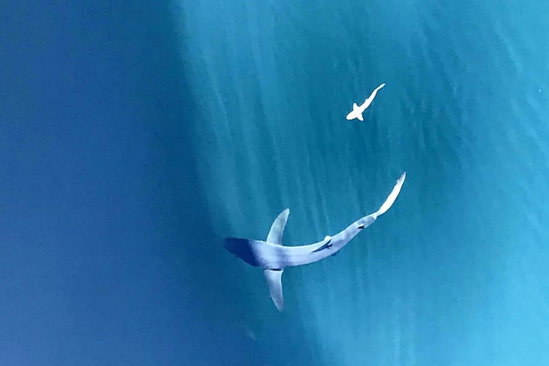 Aerial view of a blue shark circling a young spiny dogfish on Georges Bank, two common species in the Northeast.

Even though we are located in the northeast part of the U.S., we study sharks that occur throughout the North Atlantic. Some species can be found in the northeast region throughout the year, like spiny dogfish, blue, and porbeagle sharks. The majority of species only occur seasonally, travelling to warmer waters further south for the winter. Most species that remain off the northeast coast move offshore during the winter months. Sharks are highly migratory species, travelling long distances and often crossing domestic and international boundaries. Atlantic sharks that occur in U.S. waters are managed by NOAA Fisheries.

Watch our dissection of a white shark to learn how opportunistic sampling helps support our life history studies, which are then used to more effectively manage the species.

We use long-term monitoring activities such as our fishery-independent surveys (Large Coastal Shark Bottom Longline survey, Cooperative Atlantic States Shark Pupping and Nursery surveys), recreational tournament sampling, and the Cooperative Shark Tagging Program to obtain data and samples for our life history research. Information gathered from our research provides baseline biological and abundance data for the management of Atlantic sharks. 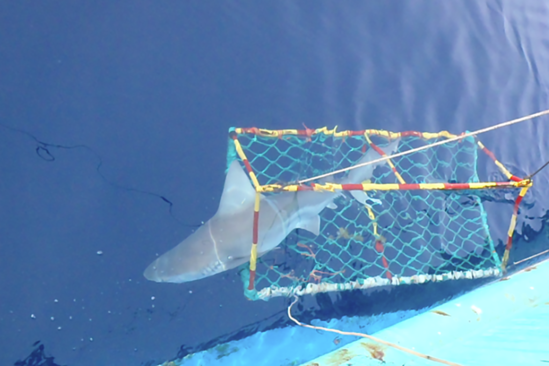 We survey commercially important shark populations during their spring migrations up the U.S. east coast every two to three years using ‘Florida’ commercial style bottom longline gear. The primary goal of this coast-wide (Florida to the Mid-Atlantic) fishery-independent shark survey is to maintain a standardized, systematic survey in order to produce unbiased indices of relative abundance used in the stock assessments of U.S. coastal shark populations. 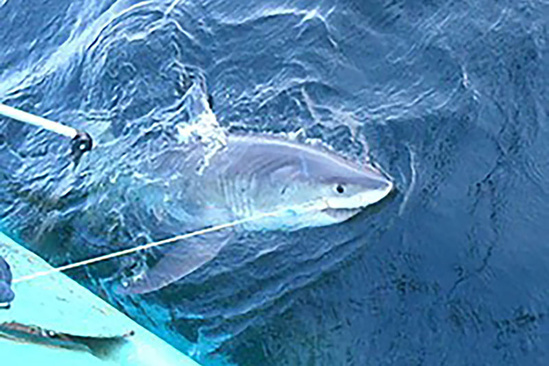 This is the only survey in the Atlantic that has consistently surveyed the Mid-Atlantic Closed Area off North Carolina before and after it was implemented to protect juvenile dusky and sandbar sharks. To aid in the recovery of these species, dusky sharks were prohibited from recreational and commercial retention in 2001, and sandbar sharks were prohibited from recreational retention in 2009. Only sandbar sharks caught by commercial vessels participating in the Shark Research Fishery can be retained. Our survey data show that the Atlantic dusky and sandbar shark populations are improving thanks to effective management measures. Even white sharks, which were a rare occurrence on the survey, have been caught more frequently in recent years.

Learn more about our Large Coastal Shark Bottom Longline Survey and how it supports our life history studies. 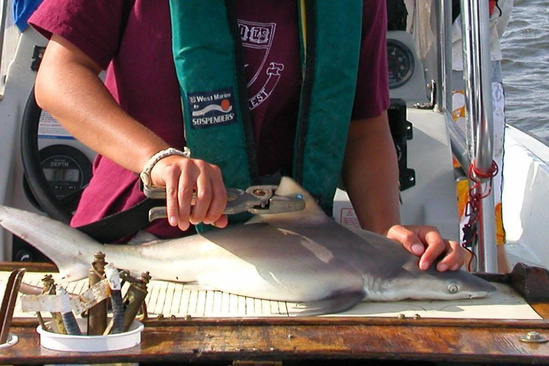 Tagging a young-of-the-year sandbar shark during the COASTSPAN survey in Delaware Bay.

The program has two goals: 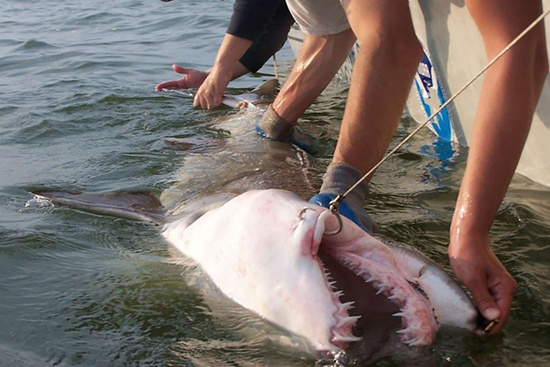 COASTSPAN data help identify and refine essential fish habitat for coastal shark species. Our survey data are reported annually in the essential fish habitat section of the Highly Migratory Species Stock Assessment and Fisheries Evaluation Report and our work has led to the designation of Delaware Bay as a habitat area of particular concern for juvenile sandbar sharks and all life stages of sand tiger sharks.

Surveys in Delaware Bay, South Carolina, Georgia, and northern Florida are in the monitoring phase. The data produce standardized indices of abundance used in current shark stock assessments through the Southeast Data Assessment and Review (SEDAR) process.  Our COASTSPAN data have been incorporated into stock assessment models for nearly all of the coastal shark assessments conducted through SEDAR. 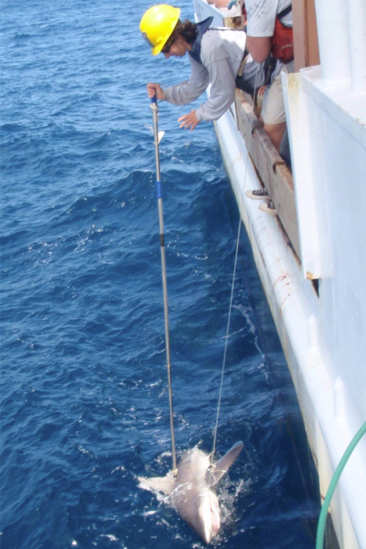 Tagging a shark during a NOAA research survey.

We administer the Cooperative Shark Tagging Program in the North Atlantic Ocean, Gulf of Mexico, and the Mediterranean Sea. This is a collaborative effort among recreational anglers, the commercial fishing industry, and NOAA Fisheries to learn more about the life history of Atlantic sharks. It is the longest continuous shark tagging program in the world and it engages thousands of recreational and commercial fisherman.

Since the program was initiated in 1962, more than 295,000 sharks of more than 50 species have been tagged. Most program participants tag the sharks they catch with a rod and reel while fishing recreationally. Other participants include commercial fishermen using longline and net gear, biologists, and federal fishery observers and monitors.

The data from tagging and recapture events have been instrumental in shaping what we know about shark migration and distribution and provided the basis for determining the essential fish habitat for 38 federally managed shark species. Mark-recapture data is also used to study shark age and growth.

Learn how we use mark-recapture data to age sharks

Since launching in 1962 with fewer than 100 taggers, CSTP participants have tagged more than 295,000 sharks representing 52 species. More than 17…