We work with our partners to get the best information possible using a wide array of acoustic technologies. 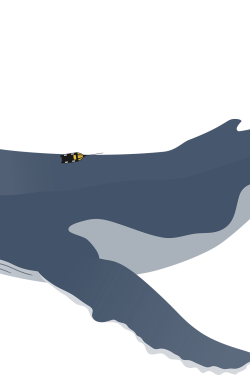 With the proper permitting, we can place acoustic tags on animals to get information on individuals such as dive profiles (how often and how deep animals dive) and acoustic behavior. This information helps create a better picture of animal behavior underneath the surface and identifies species-specific vocalizations (or lack thereof) in relation to their movements.

These are slowly moving acoustic recorders that drift along with the local currents that they are deployed in. They have a surface component that sits above the water, with a recording package below.  Data collection can be stored or transmitted in real-time via iridium satellite or VHF transmission. Some drifting buoys, such as the Drifting Acoustic Spar Buoy Recorder, collect and store acoustic data along with GPS tracks such that the location where a signal was received is recorded. Drifting buoys with GPS components emit their current location via a satellite network, allowing researchers to deploy and recover them whenever needed (typically weeks to a few months). 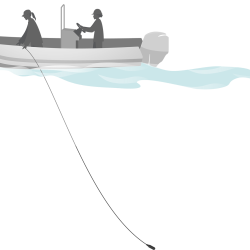 A drop hydrophone is usually used suspended from the side of a boat or land to record underwater sounds. It is connected straight to a recording device and sounds can be heard as they are recorded. This approach is simple and is mostly used for opportunistic data collection.

A glider, or autonomous underwater vehicle, can be programmed to travel along a given trajectory. Gliders can be outfitted with many different instruments, including passive acoustic recording packages. They are able to transmit data back in near real time using an iridium satellite or cellular link as well as storing the data onboard until it is retrieved. There are several different types of gliders, the main ones being battery- or wave-powered. Battery-powered gliders tend to travel up and down the water column in a vertical zig-zag, using buoyancy and an onboard motor to maintain course. Wave powered gliders are a different type of glider that use the energy produced by the motion of waves to create their propulsion.

A moored surface buoy is a stationary mooring that is anchored to the seafloor and has a surface float where electronics are housed that allow data transmission. It can send back near real-time passive acoustic data using either an iridium satellite link or a VHF antenna. It can also collect and store archival data at the same time. 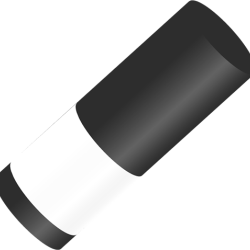 Telemetry receivers are instruments that are deployed in aquatic environments to monitor the presence of coded tags in areas near their locations. Coded tags are either implanted or attached externally to marine animals (invertebrates, fish, marine mammals) in order to track their movement patterns. Once a tagged animal is in the vicinity of telemetry receivers, their presence is detected and stored on the receiver's internal memory for later analysis. In most circumstances, telemetry receivers are deployed as an array at strategic locations in order to not only detect the presence of a tagged species at a single site but also to detect tag presence at multiple locations as a function of time. Once maintained for long periods of time, telemetry receiver arrays can provide information about site fidelity, habitat preference, and migration patterns. 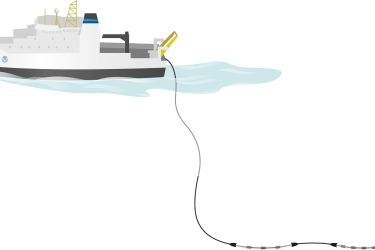 A towed array usually consists of a long electronic cable with a series of hydrophones and other sensors encompassed within it. Typically, they are towed horizontally (x-plane) behind a vessel and collect passive acoustic data in real time, but they can also be suspended vertically (y-plane) from a stationary mooring or vessel. The most simple array is a linear one in which all hydrophones are arranged in one plane (usually x) and therefore localization occurs in 2D, but there are also volumetric arrays, which have the hydrophones arranged in the x,y, and z planes for 3D localization.