Check out frequently asked questions and answers about the Deepwater Horizon oil spill. 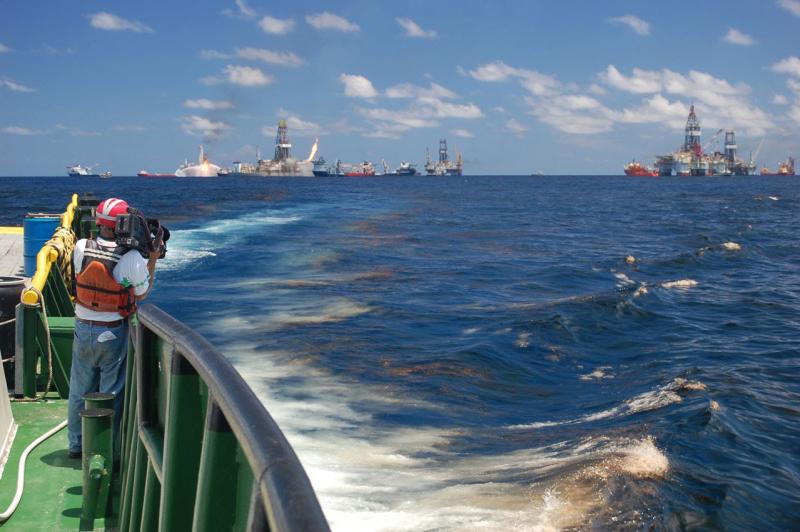 From the earliest moments of the spill, and through today, NOAA played a lead scientific role in responding to the spill. We assessed injuries to natural resources and worked with partners to mount a historic restoration of the Gulf. This moment offers NOAA and our partners an opportunity to reflect on the status of the restoration, the advancements made in response, assessment, and restoration science, and the continued stresses the ecosystem faces with climate change and coastal development.

Below are 10 of the top questions NOAA scientists receive about the oil spill and the historic restoration effort of the Gulf of Mexico.

1) How large was the oil spill?

The 87-day Deepwater Horizon oil spill released 3.19 million barrels (134 million gallons) of oil into the ocean. Oil rose from the wellhead on the seafloor through more than 5,000 vertical feet of water column. It oiled 1,300 miles of shoreline across five states (for reference, this exceeds the distance equivalent of driving from New Orleans to New York City). The cumulative extent of the surface oil slick during the course of the spill totaled 43,300 square miles (approximately equal to the size of Virginia).

2) What was the damage to the environment?

The Deepwater Horizon spill affected such a broad array of linked resources and ecological services over such a large area that the impact can best be described as an injury to the entire ecosystem of the northern Gulf of Mexico. Scientists are still monitoring and understanding the impacts of the spill on ecosystems and wildlife, marshes, mangroves, fish, birds, sea turtles, and marine mammals. When oil spills happen, scientists evaluate the types and amounts of environmental restoration needed to restore injuries to natural resources. For example, without restoration, we know that species with higher reproductive rates (like small prey fish) can recover in a matter of years, whereas slower-reproducing or longer-lived species (like marine mammals) can take decades. For physical environments like beaches and salt marshes, lightly oiled environments can recover faster than heavier-oiled areas. This is why habitat and resource restoration is critical to help ecosystems recover more quickly.

3) Why are Gulf ecosystems important?

The Northern Gulf of Mexico’s extensive network of coastal wetlands, estuaries, and barrier islands support important populations of fish and wildlife; help maintain water quality; protect shorelines from storm surge and wave action; and provide enormous enjoyment for the American people. Sand beaches stretch along hundreds of miles of the northern Gulf coast. They provide important habitat for wildlife such as birds and sea turtles, and support economically valuable recreation and tourism industries. The coastal habitats and waters of the northern Gulf also support many of the nation’s most commercially and recreationally important fish and shellfish species, such as oysters, shrimp, red snapper, and tuna.

4) How much of the Gulf has been restored so far?

Significant progress has been made toward restoring the Gulf of Mexico from Deepwater Horizon. Sixty-five early restoration projects focused on building barrier islands, restoring marshes, dunes, and beaches, enhancing recreational access, and supporting restoration of fish, sea turtles, oysters and birds. Numerous additional projects have been initiated since the first post-settlement payments were received in 2017. Recently, 18 projects totaling $226 million were selected for restoration of open ocean species like fish, marine mammals, sea turtles, and deep-sea coral habitat. It's important to remember that there wasn’t a sufficient amount of information about the Gulf’s ecosystem before the spill. This makes it difficult to understand what “fully recovered” means.

5) How much longer is needed to restore the Gulf?

BP’s annual settlement payouts continue through 2031. NOAA's work will also continue past 2031 as we lead the implementation of numerous large restoration projects. The work of the many partners in Gulf restoration will continue for years after. Many projects approved through BP early restoration funds and post-settlement funds are long duration projects ranging from 2 to 15 years. This timeframe includes planning, implementation, and monitoring and adaptive management. The federal and state partners will continue to approve new projects as restoration work continues. Scientists will monitor the projects and make corrective actions as needed.

6) How much money is being spent to restore the Gulf?

In 2016, BP was found responsible for the 2010 Deepwater Horizon oil spill and will pay more than $20 billion in civil and criminal penalties, with a substantial portion of these funds directed toward restoration of Gulf resources. Prior additional settlements with other responsible parties were also directed toward Gulf restoration. BP will pay the civil and criminal penalties and natural resources damages over a 15 year period, which started in 2017. The payments are the outcome of negotiated settlements with the Gulf states and the U.S. government.

7) What advancements have been made in oil spill science since Deepwater Horizon?

Over the past decade, NOAA has made significant advances in oil spill detection, modeling, understanding oil toxicity, data management, and methods to assess protected species. This means we better understand both the thickness of oil, where it will move and its effects. In addition, there have been advances in both visual displays and information sharing technology for huge amounts of data. This means we can let other agencies and the public know what we know more rapidly.

8) Which aspects of the Gulf and its recovery most urgently require further study?

The life histories, diversity, and population structures of marine species in deep sea habitats in the Gulf of Mexico are still not well understood. To address this, NOAA is leading projects to collect the data we need to build a “baseline” to inform future restoration efforts. An increased understanding of key community conditions such as biology, ecology, health, biodiversity, recovery, and resilience is important for targeting restoration.

9) Looking ahead, what other challenges do Gulf habitats face?

Growing coastal populations, climate change, pollution, traditional and emerging energy industries, and marine transportation are additional stressors facing Gulf ecosystems. They are all happening in the backdrop of restoration efforts. NOAA remains committed to working with federal, state, local and academic partners to ensure the Gulf Coast remains resilient for the future.

10) Is the United States ready to respond to the next oil spill?

The Deepwater Horizon oil spill is a grave reminder that oil spills can occur despite the many safeguards and improvements that have been put into place. NOAA responds to more than 150 oil spills every year. It’s our job to provide the best available science that guides emergency response decisions. NOAA has more than 25 years of experience responding to oil spills. Over that time, and since Deepwater Horizon, we have continued to fine-tune our tools and scientific understanding to better protect our coasts from this kind of pollution. This commitment extends to whatever the next challenge may bring. 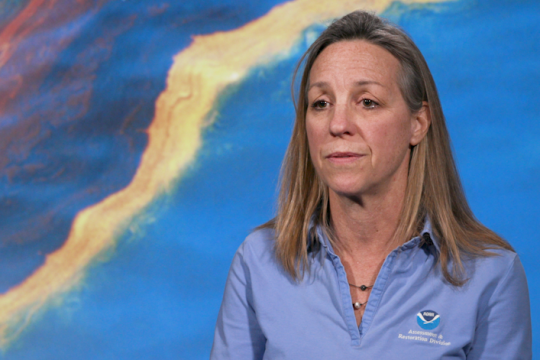