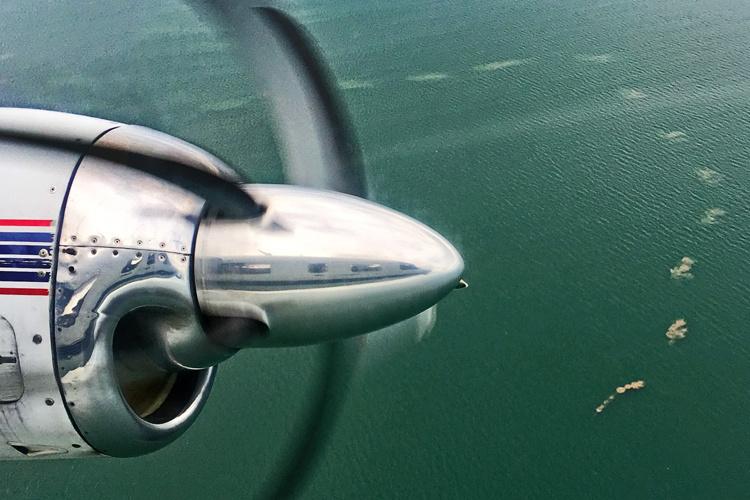 The Aerial Surveys of Arctic Marine Mammals (ASAMM) survey team based in Utqiagvik (formerly Barrow), Alaska, had finished their line-transect survey in the northeastern Chukchi Sea on 28 July and were transiting through the Chukchi Sea study area at an altitude of approximately 6,500 ft when they sighted mud plumes left behind by a feeding gray whale. To better document the whale, the aircraft descended to an altitude of ~1,200 ft. The photo shown above was taken through the observer’s viewing window with a cell phone during the descent.

Feeding gray whales are a common sight for the ASAMM-Chukchi team and yet this was a unique sighting because of where the whale was -- inside the confines of Peard Bay (Figure 2). Peard Bay is a relatively small and shallow bay located northeast of Wainwright, Alaska, in the Chukchi Sea. It is approximately 18 miles long at its widest point and approximately 20 feet deep (Figure 3). 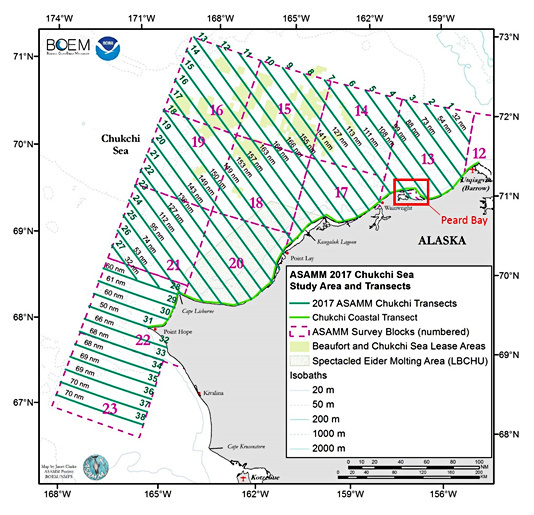 The ASAMM project has conducted surveys annually since 1979, yet, prior to the 2016 field season, this project had not observed a gray whale inside the confines of Peard Bay. In 2016, ASAMM first observed gray whales inside the bay, when at least two unique whales were seen feeding on several occasions from 6 August to 5 September. The observation made by ASAMM on 28 July 2017 marks the second year in a row with a gray whale feeding inside the bay.

Since July 28th, the survey team has had time to analyze photos taken of the sightings in 2016 and 2017. By comparing the gray whales in those images, the researchers have determined that this year’s whale is different than the two documented in 2016 (Figure 4). You might be asking, “Why have gray whales just recently been sighted in Peard Bay?”, to which the answer, besides, “Great question!”, is not clear at this point. We can only hypothesize, but it could be that we are seeing changes in habitat selection, changes in the availability of the gray whale’s primary food sources, or effects of increasing gray whale population abundance overall or increasing gray whale occurrence in the northeastern Chukchi Sea. On the other hand, it could be that the channels for entering and exiting the bay have shifted to allow better access. Continued monitoring of this area will help researchers determine if this is a new trend or just a fluke (pun intended).

With two and half months left in the field season, the ASAMM-Chukchi team can’t help but wonder how many more gray whales they might find inside Peard Bay. 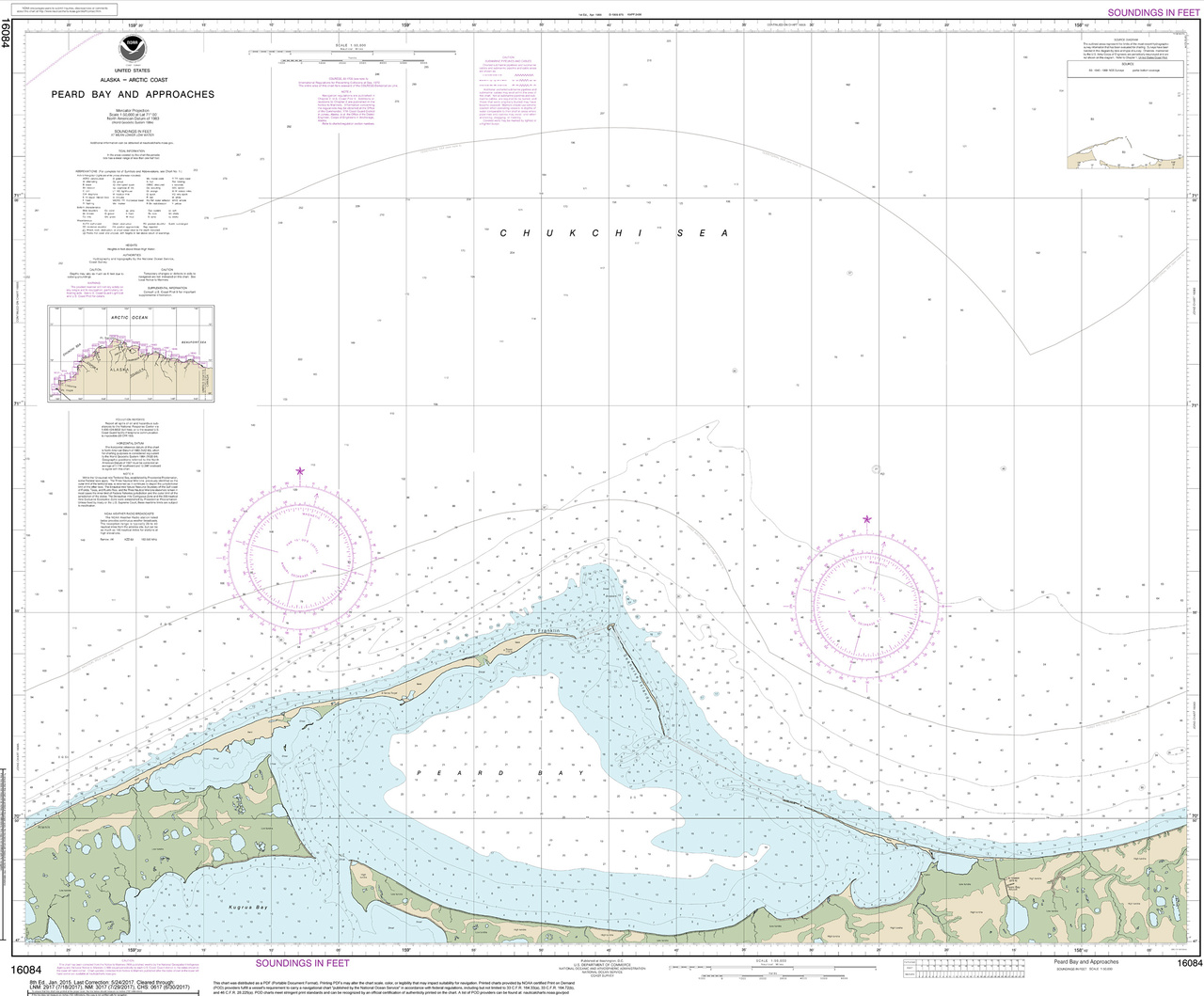 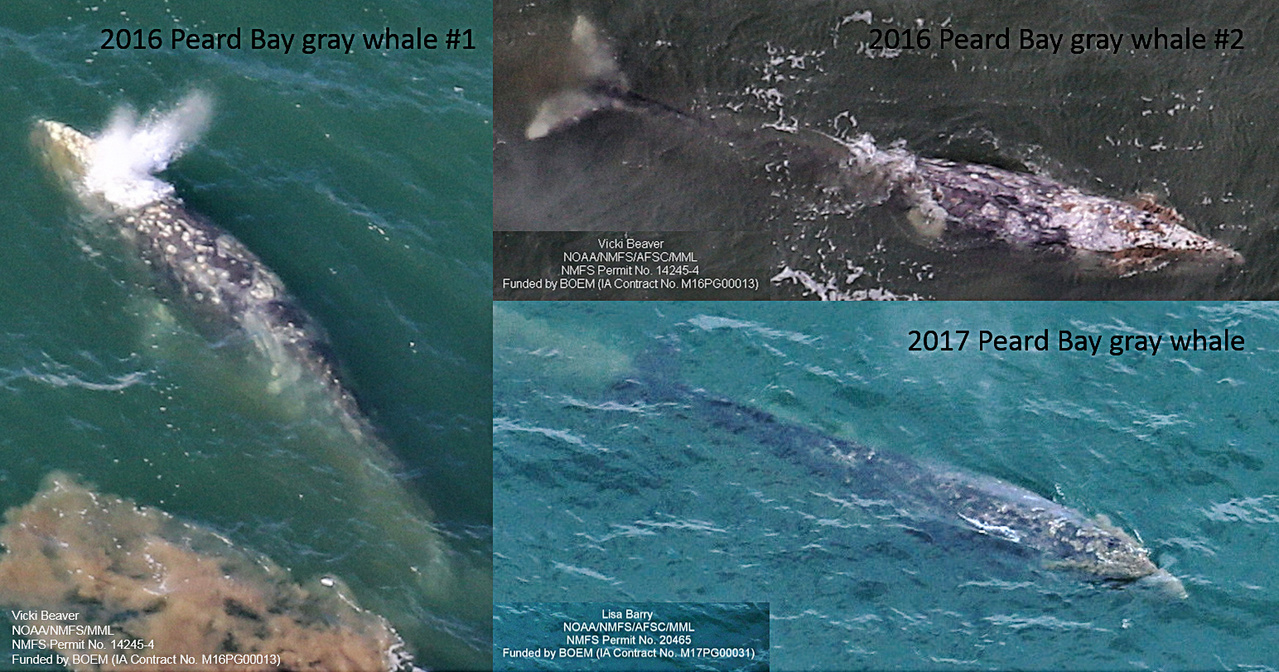 Figure 4. A comparison of the three individual gray whales observed feeding inside Peard Bay, 2016 and 2017. 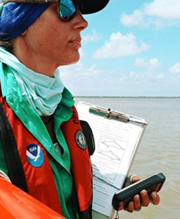