Filtering seawater and sediment to examine marine biodiversity in the Northern Mariana Islands. 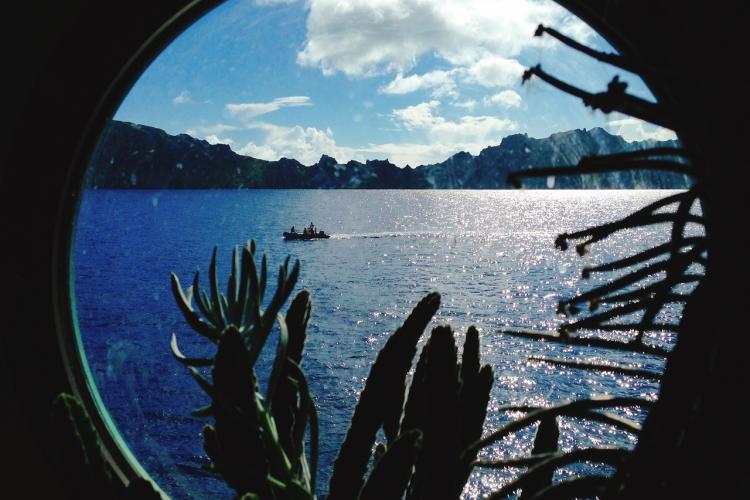 We sit baking under the heat of the subtropical sun while bobbing at the surface of an infilled caldera, our small inflatable boat queued for pick-up and transport to the deck of the NOAA Ship Oscar Elton Sette. The three islands that surround us stage a muddled tapestry of savannah green, sprouting from between the black and ochre pebbles. Grasses and sea birds cling with purpose to the stark substrate that is laid bare each millennia, wiped clean by fuel, fire, and fury. It takes a number of peculiar adaptations to live life on this island’s knife-edge. 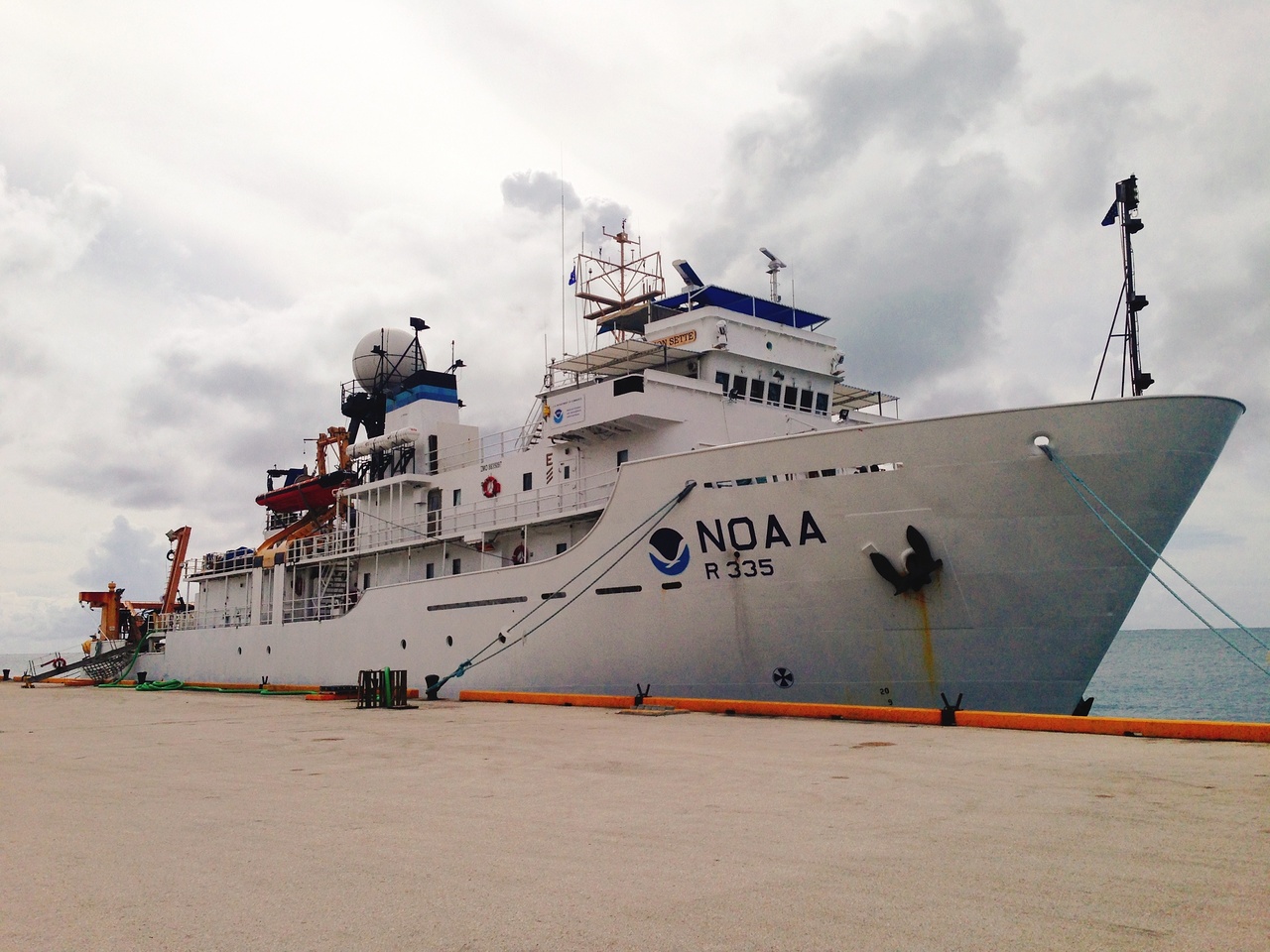 Maug is our sampling site today. It is one of the 15 islands that form the Commonwealth of the Northern Mariana Islands in the northwestern Pacific Ocean. The nearshore reefs of the northernmost islands and all submerged seamounts are part of the Marianas Trench Marine National Monument, proclaimed in 2009 by President George W. Bush. As we idly watch the colossal hydraulic crane hoist the small boat ahead of us up, up, and away, the spectre of the densely forested Asuncion Island is clearly visible 23 miles distant. The cinder cone of the 2,812-foot stratovolcano, whose lopsided tip is eternally shrouded in clouds, punctuates the south-eastern end of Maug. Its last eruption was in 1906, so we do not expect fireworks anytime soon. 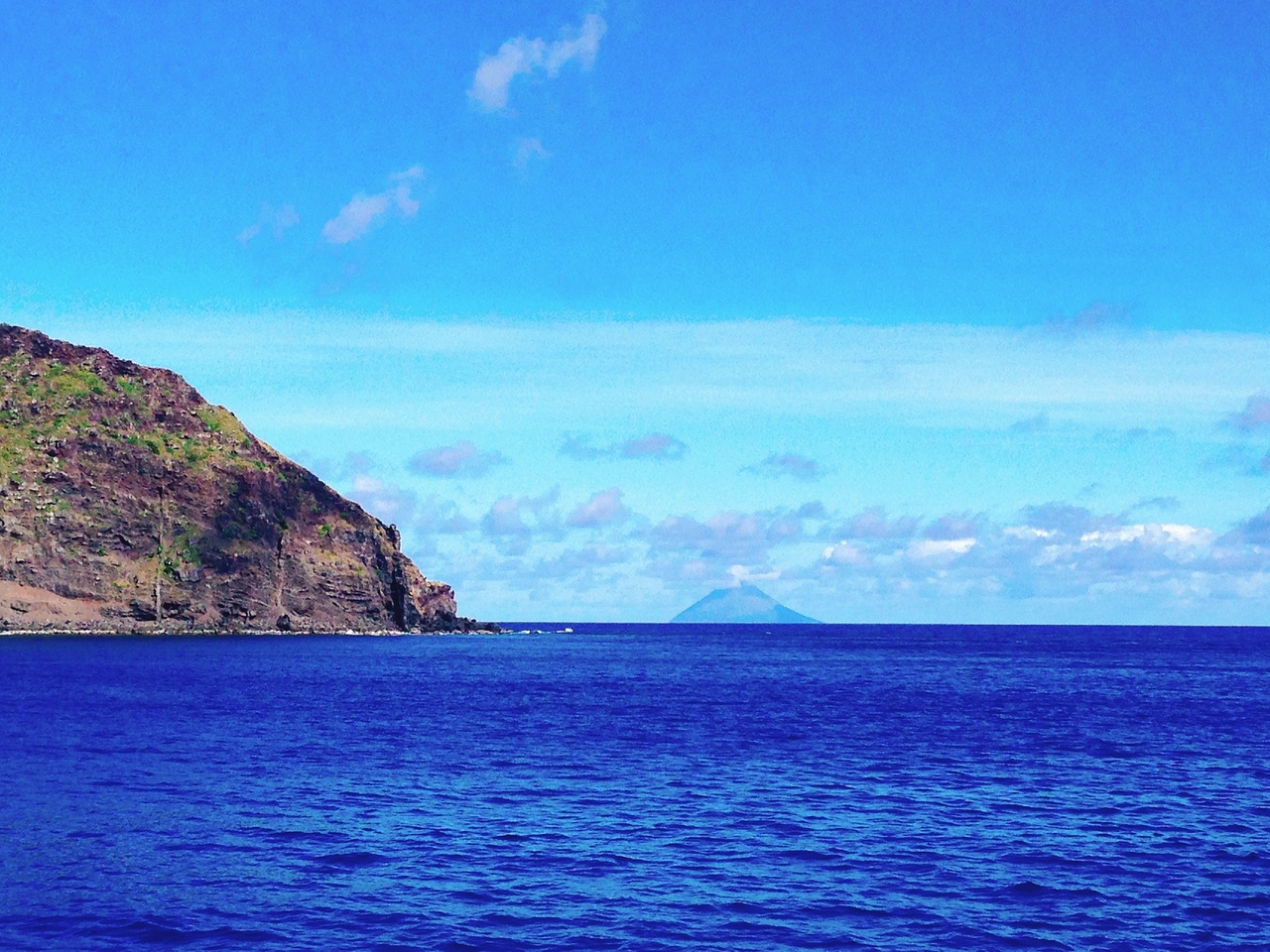 Asuncion Island looms in the distance off the southeastern tip of Maug (Photo: Joseph DiBattista).

Our mission today was to use giant glass bottles or “carboys” to collect shallow marine sediment and surface seawater samples, which, unfortunately, we will need to process long into the night aboard the Sette. This simple task, however, will pay considerable dividends in the months to come. The primary aim of collecting these samples is to capture and sequence their environmental DNA. This catch-all term of “eDNA” refers to the preserved, but often degraded, genetic material that is suspended in the soupy seas and sediments. Indeed, all marine animals and plants regularly shed cellular material, scales, feces, and so on. When processed by next generation sequencing technology, which can simultaneously sequence millions of copies of DNA from complex samples, eDNA can provide a wealth of information for studies of biodiversity, food web dynamics, diet, and invasive marine pests. Our intention is to tie eDNA biodiversity assessments together with the NOAA Pacific Islands Fisheries Science Center’s monumental work on reef fish that support coastal communities and island nations in the region. With this work, we will better understand these reef fishes’ life history strategies as they relate to their environment and fishing pressure. 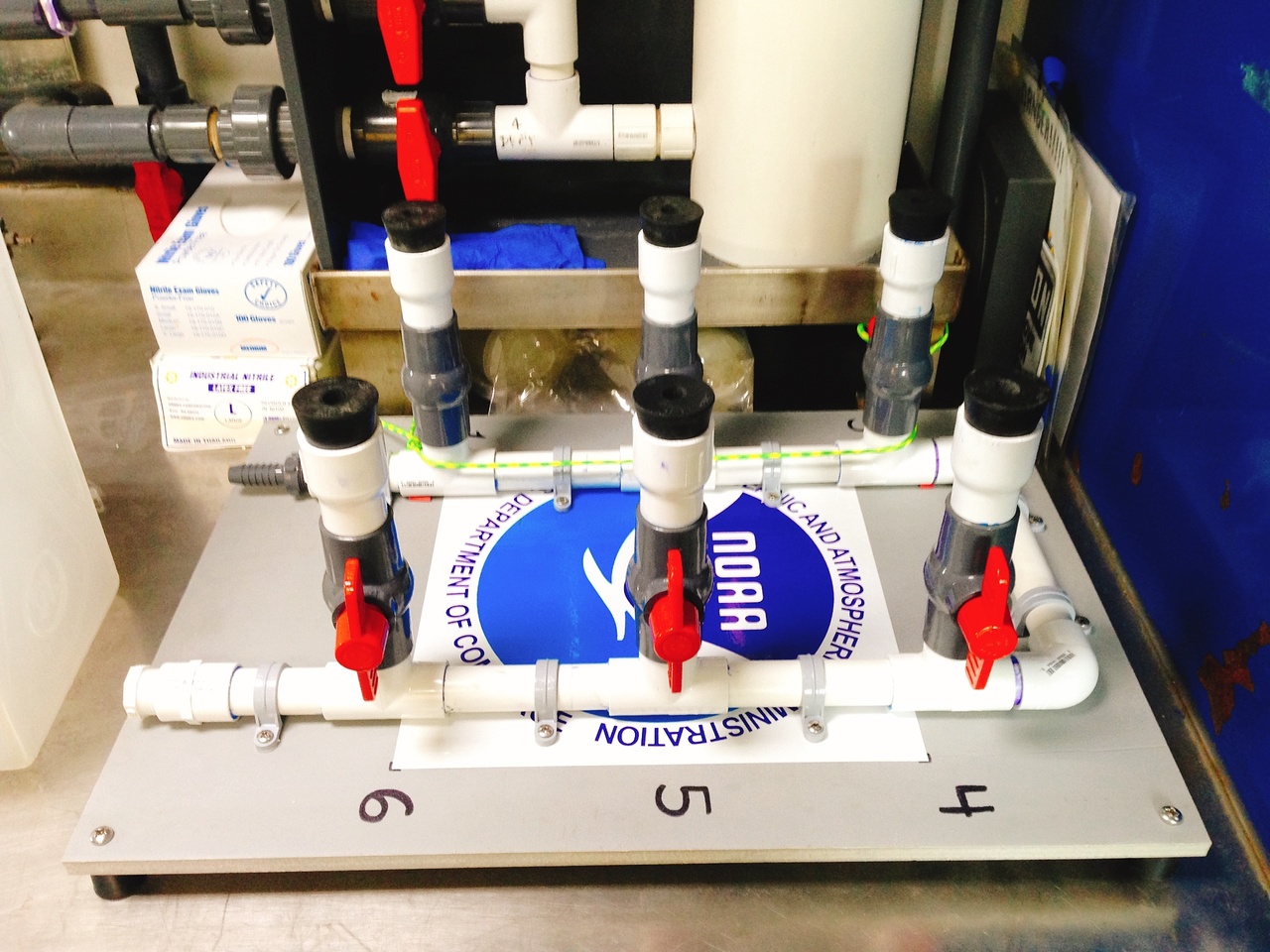 eDNA metabarcoding (as it’s known) is a fairly new technology, and was used to detect multiple species of fish and marine mammals in seawater for the first time in 2012. We are interested in exploring species composition and trophic communities (from phytoplankton, right on up to apex predators) by sequencing all of the DNA in replicate water samples or sand samples from a given location abutting a rocky coral reef. This innovative work is only possible because of a close collaboration with the Trace and Environmental DNA (TrEnD) Laboratory at Curtin University in Western Australia, particularly Professor Michael Bunce, who has extensive experience in isolating DNA from a variety of substrates including bulk bone, fecal material, and more recently, samples from marine sources. The TrEnD Lab has an active presence in the waters off Western Australia. 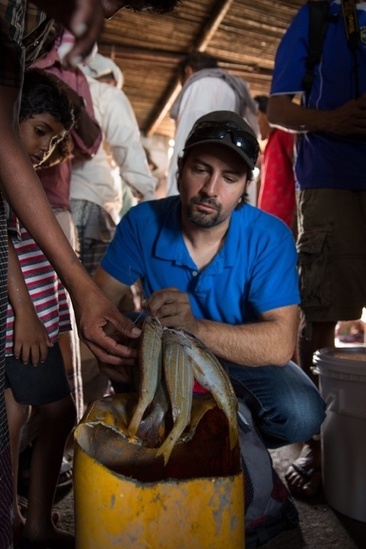 Joseph DiBattista is a new hire (March 2018) in the Ichthyology Section at the Australian Museum in Sydney and an Early Career Postdoctoral Research Fellow in the TrEnD Laboratory at Curtin University in Perth via a joint appointment. He received his Ph.D. in Biology from McGill University in Montreal, Canada. When he isn't fishing in exotic locations or sequencing organisms from across the tree of life, he can be found in the kitchen preparing gourmet meals.