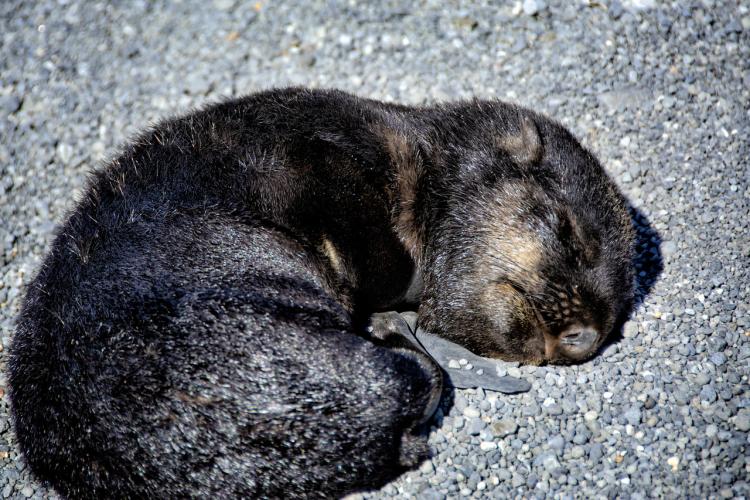 It’s always great to return to this remote part of the Bering Sea and a growing population of northern fur seals. The last time we were here though, things looked quite a bit different. Since the recent eruption events vegetation has been replaced with a moonscape of rock and tephra (fragmented material from a volcano).

The research cabin that we built and used for 10 years as a base for this research is gone. The lush green fields have been replaced by rocky substrate.  A new peak is approximately 300 feet above sea level and higher than previous features. 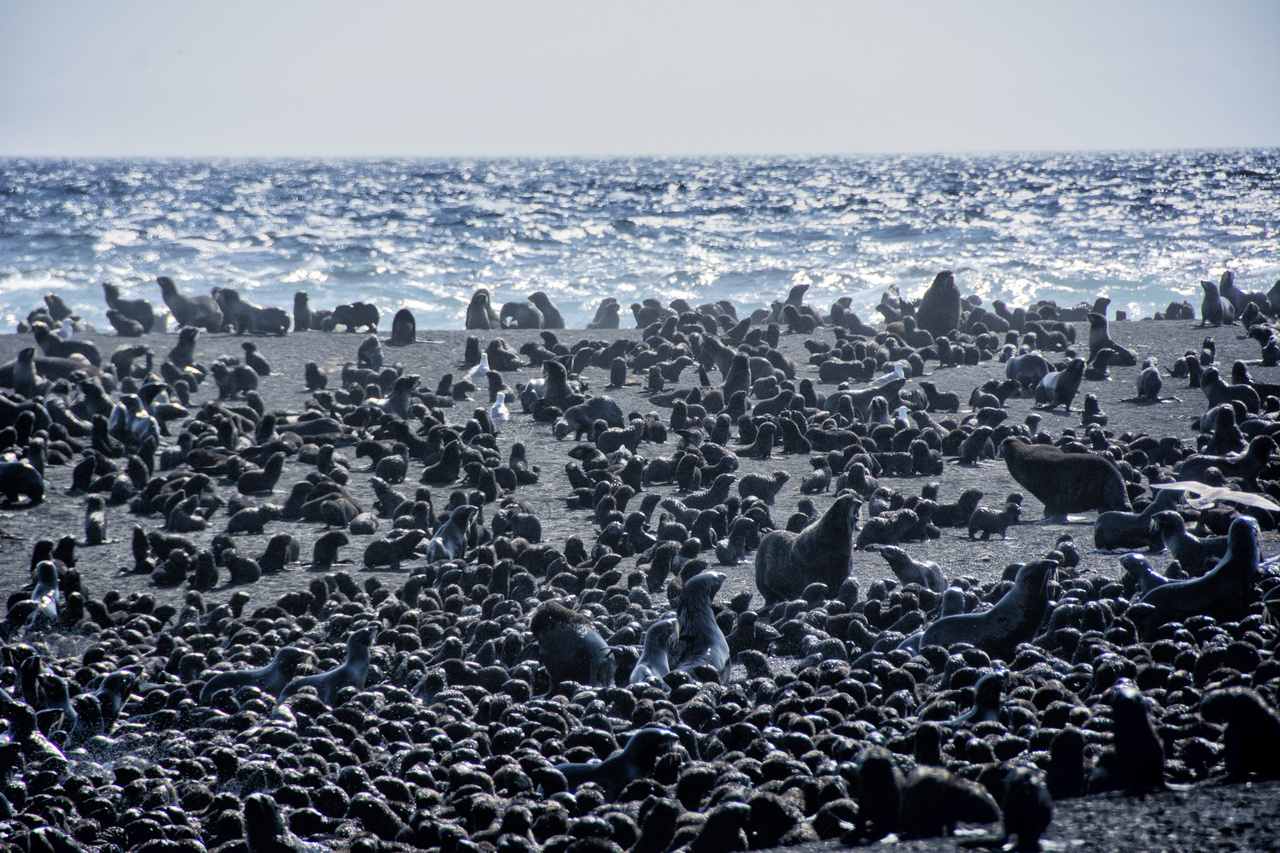 But the narrow spit where sea lions and fur seals hauled out in mass has more than doubled in size, providing ample habitat for fur seals and sea lions. Prior to recent eruptions, fur seals were distributed all around the island. Now they are concentrated on the north end and the southeast end, known as the “spit”.

Our research objective for this mission is twofold. We want to see how much the recent series of eruptions has affected the fur seals and Steller sea lions that use this area to haul out, breed and nurse their young. We also want to continue our time series of pup estimates (births and deaths). We use these counts to see trends in northern fur seal population size on the island. The satellite telemetered animals (lactating females) will give us information on foraging behavior and attendance patterns (time spent with pups). All these bits of information are valuable to compare the different islands in the Bering Sea with differing population dynamics. Fishermen and resource managers are very interested in knowing what is happening with northern fur seal abundance.

How Do You Count Seal Pups? 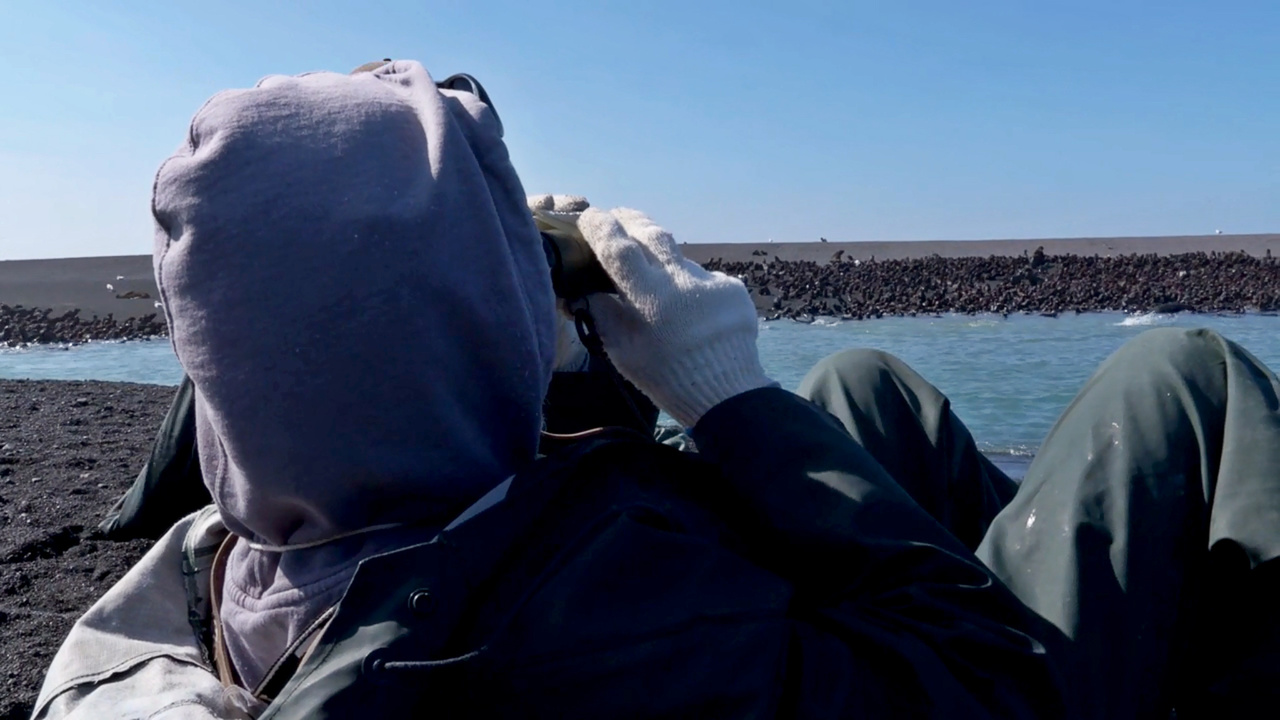 When counting pups, we follow a long-standing, widely-accepted method used by wildlife biologists worldwide known as mark and recapture. In this case, we are resighting not recapturing. We mark a portion of the pups based on the previous year’s (or census) estimate. To do this, we use a pair of shears/scissors to remove a small patch of hair off the top of some of the pups’ heads. The pups guard hairs are black and the underfur is a light color, by shearing small bits of guard hair on their head we have a very visible, temporary mark. We then sample the number of marked to unmarked pups many times on two occasions, and we census dead pups. Using statistics, we generate an estimate of the total number of pups on the rookery in the current year. Another scientist and I, both of whom have been doing this for a long time, produce independent estimates. We double-check and compare our estimates to derive a final estimate. 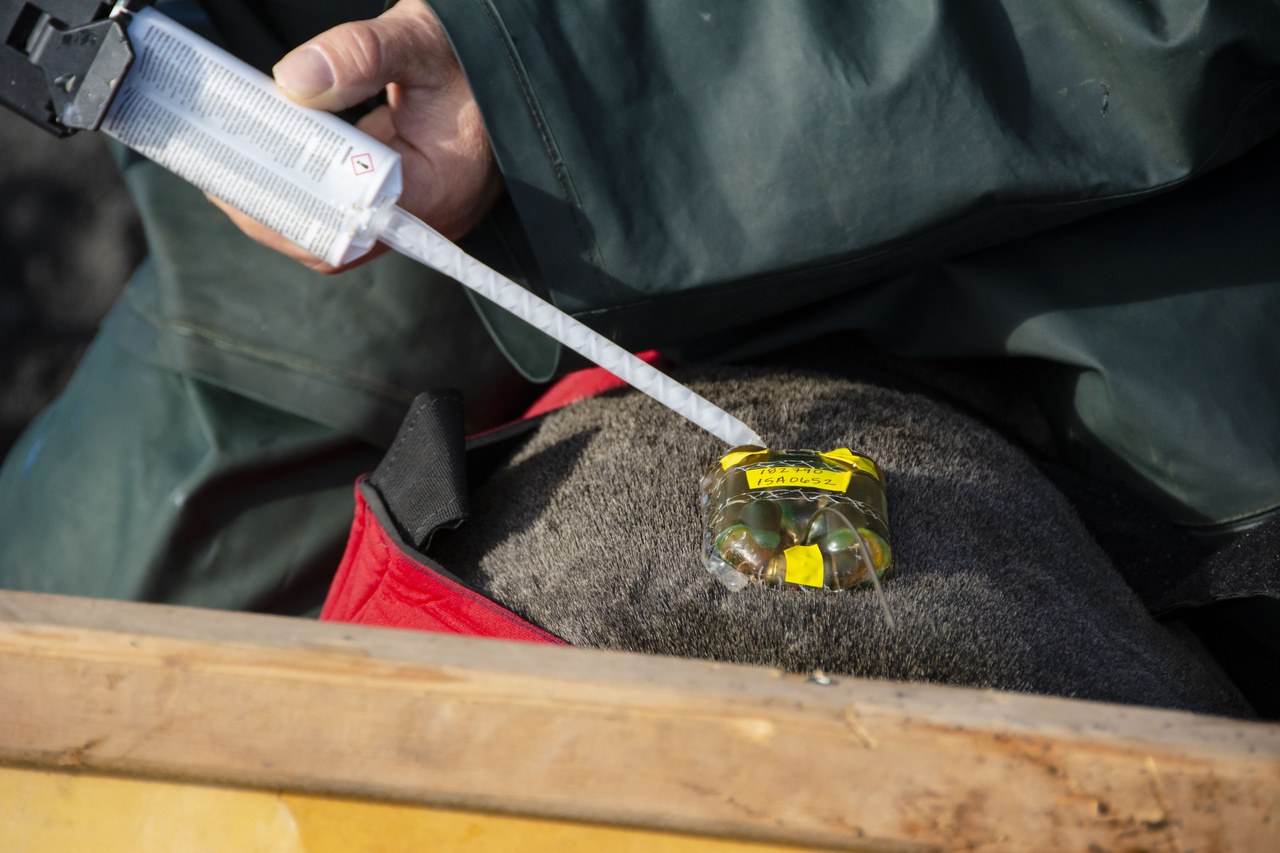 Another important part of this research trip was to attach satellite tags to six adult lactating females. We are trying to learn more about their feeding behavior and length of their feeding trips. Shorter trips mean they are able to find food quickly, which is generally better for the pups.  They are fed more frequently and able to grow bigger and have a better chance of survival. We can then compare this information to similar statistics from St. Paul and St. George Islands. 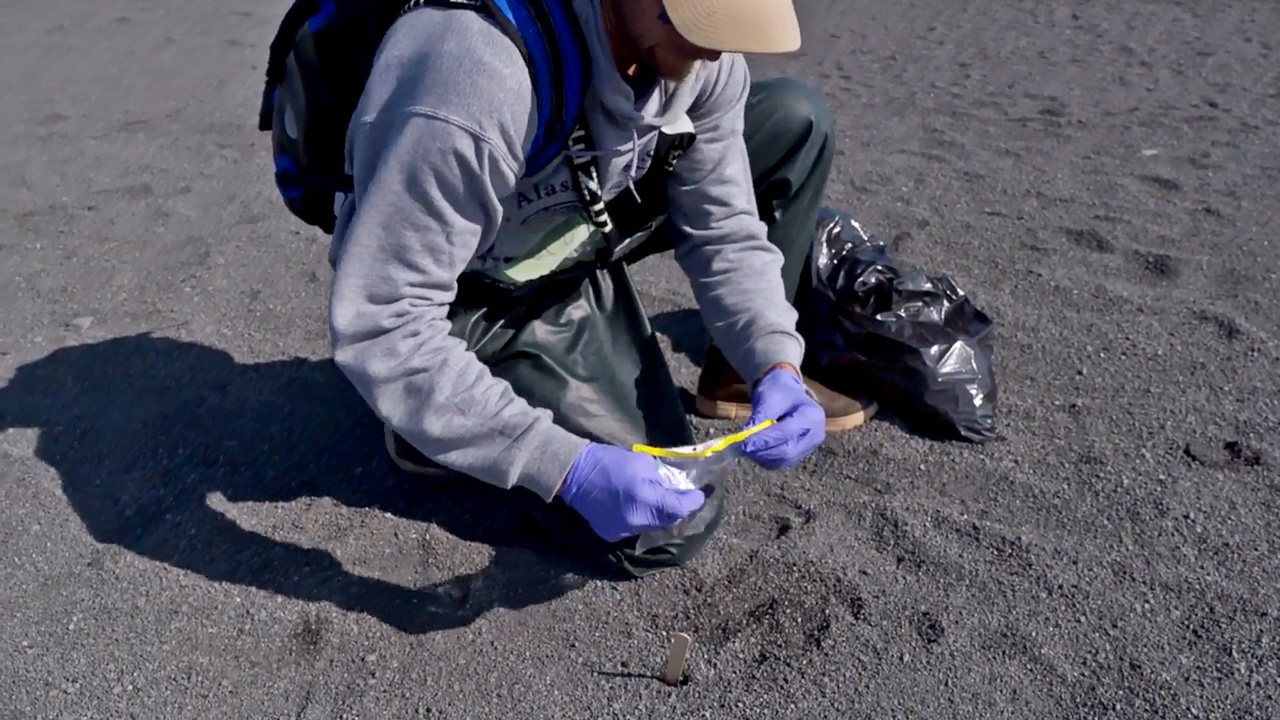 Since traveling to such a remote location is logistically challenging, we use this as an opportunity to collect biological material for other studies and for collaborators’ studies. For instance, we collect blood and hair to study animal health and condition, disease, heavy metal contamination, and stable isotopes. From stable isotopes, scientists can infer where in the food web these animals are foraging, and the general area where the animals were feeding. We also collect scat (or feces) to study diet.

For many years, the crew of the U.S. Fish and Wildlife Service’s Tiglax have supported us during our Steller sea lion surveys in the Aleutians. We couldn’t do this type of research without their help. They know these waters and have skilled navigators experienced in operating a skiff in rough seas to get us safely on and off the islands. We also couldn’t do a field project of this scale without the help of our state partners at the Alaska Department of Fish and Game, staff from the Alaska Regional Office and the Pacific Islands Science Center and volunteers. 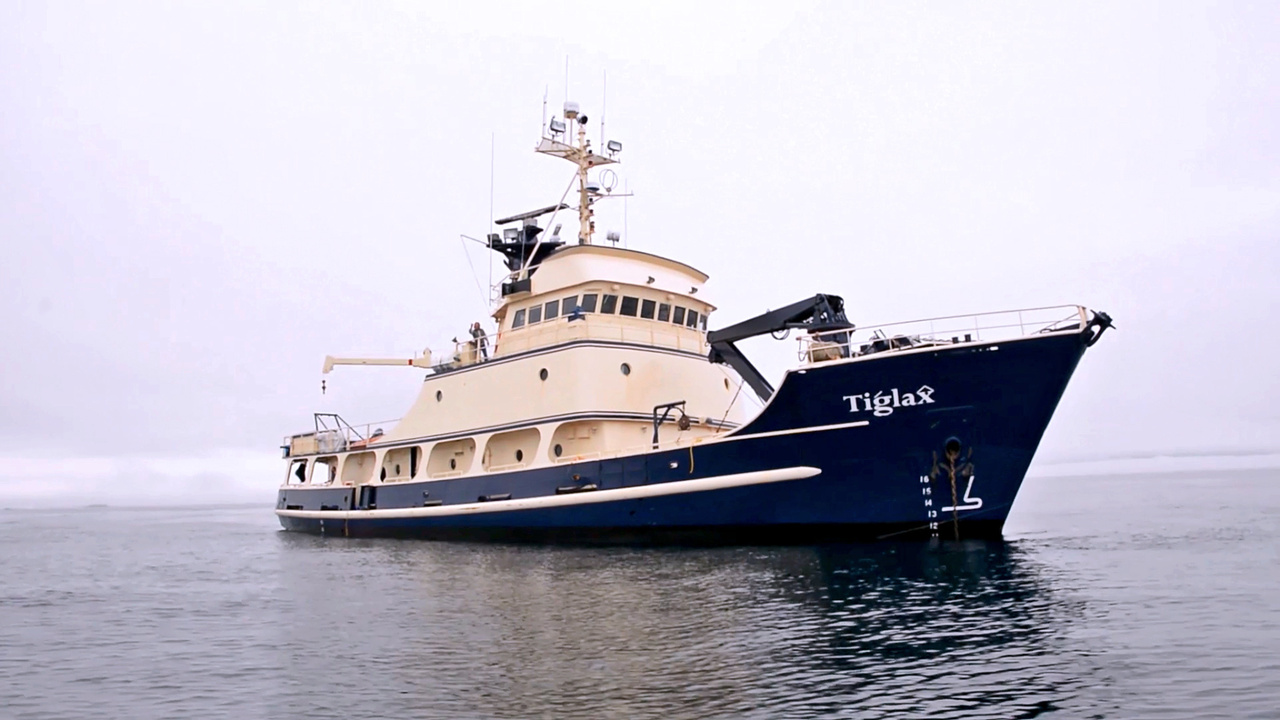 * In next week’s blog post, Katie Sweeney will share how drones are helping to revolutionize the way we estimate fur seal abundance.   New installments will be posted weekly on Wednesdays at 10 am. 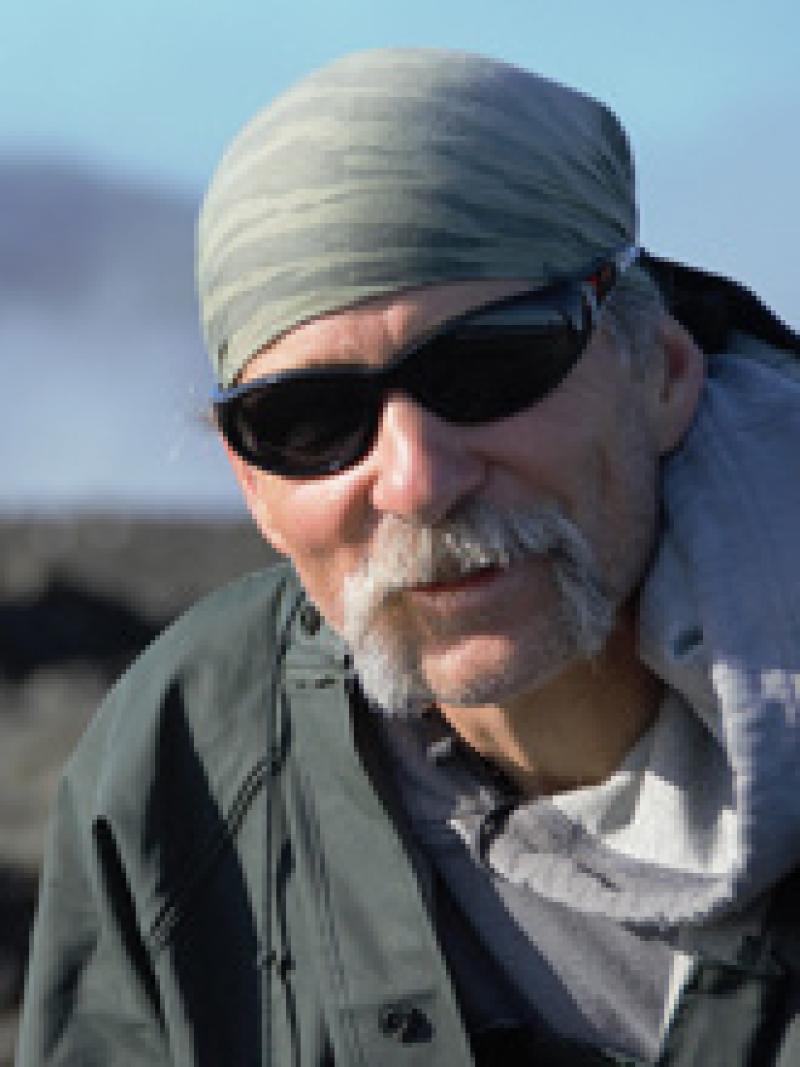