This season felt like a long play and was less comedy and more tragedy.

I’ve worked with the Antarctic Ecosystem Research Division for 11 years. This was, by far, the weirdest field season I’ve ever had.

I mentioned in my last post how many obstacles we had to overcome this year just with the gliders. But our field program is more than gliders. We also have two field camps in Antarctica. Scientists live there for anywhere from three weeks to three months every year while studying seals and seabirds. The science we eventually do at sea and at the camps is the culmination of months of logistical planning. It’s like an intricate dance, usually choreographed to perfection. This year, however, it looked more like a pre-school ballet recital.

The biggest logistical challenge we face is moving our personnel and our gear between San Diego and Antarctica. Everyone and everything must get to the right place at the right time for science to happen on schedule. Although our field seasons only last from December through March, planning happens all year long. Here’s our 2019–2020 timeline, starting with preparing our shipment of gear for the upcoming season. At every point in this year’s logistical dance, we had a stumble.

Our gear—gliders, big underwater moorings, and field equipment used at the camps—travels between San Diego and Punta Arenas, Chile in a 40-foot cargo container. The container spends four months on a cargo ship every year—two months to get to Chile and two months to get back. The shipment from Chile back to San Diego arrives in early May. This gives us four months to unpack, clean, restock, and prepare gliders and mooring for the return shipment, which departs in early September. Four months sounds like a lot of time, but there’s so much to do that it feels like four minutes.

Our gliders and moorings run on big lithium batteries. Shipping lithium batteries is dangerous because they can catch fire if they’re not properly packed. Even though we’re trained to safely ship lithium batteries. Sometimes, though, the ports handling our cargo container get nervous when they see how much lithium is in it. That happened last year, and the container was delayed. We began to worry.

More delays as the ports grappled with shipping our lithium-laden container. We began to panic.

Hooray! The container finally arrived in San Diego. That meant we had only two months—or two minutes, in glider pilot time—to prepare the gliders and moorings and ship them back to Chile.

The container, which departed San Diego in early September, should have arrived in Punta Arenas, Chile in early November. However, Chile is in the midst of months of civil unrest. Port closures delayed the container’s arrival in Punta Arenas for three weeks, and we missed our original deployment cruise. Fortunately, we were able to deploy our gliders and moorings on the next cruise.

Science commenced! We deployed the gliders and moorings, and we opened our field camp at Cape Shirreff on Livingston Island in the South Shetland Islands. One glider failed almost immediately and was recovered, fixed, and redeployed. We began to think that maybe everything would go smoothly after that. Silly us.

Time to open Copacabana, our other field camp on King George Island, and swap out personnel at Cape Shirreff. Three of our scientists were set to fly from Punta Arenas to King George Island on a Chilean military C-130 airplane in early January. Tragically, an identical Chilean military plane crashed in the Drake Passage between South America and Antarctica in early December, killing all 38 people on board. Military flights were grounded. Although we grieved with our Chilean colleagues, we decided to make alternative arrangements to get our scientists to Antarctica on a local commercial airline. Copacabana remained open for three weeks and was closed on schedule in late January.

Meanwhile, something called the Coronavirus was starting to get some attention in the news.

Science was going well. We recovered all six moorings deployed near Cape Shirreff. We were cautiously optimistic that we could wrap up the field season without further incident.

But the Coronavirus was spreading and gaining traction in the news.

We closed the Cape Shirreff field camp and recovered the gliders on schedule. The ship carrying our personnel and gear still had some work to do in Antarctica and wouldn’t return to Punta Arenas for another nine days. My fellow glider pilot and I were planning to depart for Chile to meet the ship in port. We were to download the data from the gliders and moorings and remove all their batteries to avoid the shipping delays we had last May.

Things happened fast over those nine days. The Coronavirus got a different name and a new designation: COVID-19 was a global pandemic. My co-pilot and I cancelled our trips to Chile. Our personnel on the ship, with the help of some of our collaborators, managed to download all the data. They removed all the batteries for us during the transit back to Punta Arenas.

Chile was just closing its borders when the ship arrived in port. No one was allowed off the ship unless they were going directly to the airport. But flights were constantly getting cancelled. Back in San Diego, we were rebooking flights on a daily basis to get our personnel back to the U.S. safely. Fortunately, a day after the ship docked, our personnel were able to fly home.

We usually have a party to celebrate another successful field season. But even if we weren’t practicing social distancing, celebrating doesn’t feel appropriate. Right now, we’re just thankful that everyone is home safe.

I wonder when we’ll see our container again this year…. 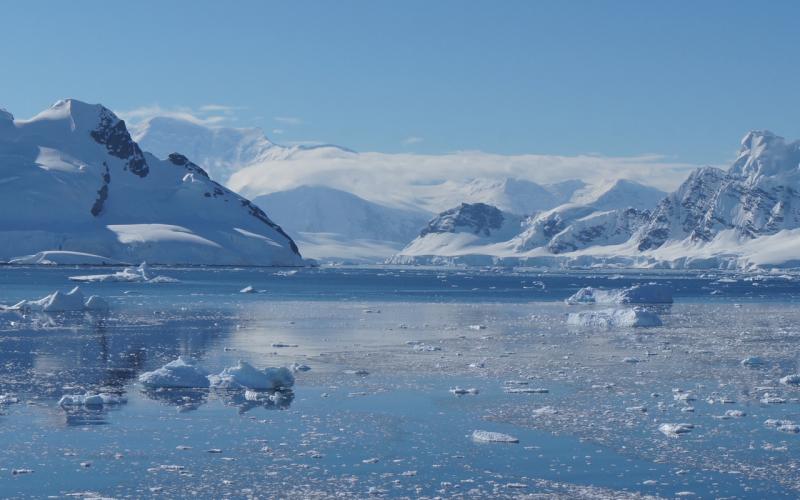