Phytoplankton and HABs Sampling on the 2019 Summer Survey

Marine food webs depend upon primary producers for new inputs of carbon, and primary producers such as phytoplankton are used to estimate both quantitative and qualitative measures of production. Some marine phytoplankton, specifically harmful microalgae, produce biotoxins capable of causing illness and even death in mammals, birds, and fish. These biotoxins can impact a fishery along a large geographic area, such as the closure of the West Coast Dungeness crab harvest due to the 2015 Harmful Algal Bloom (HAB) event. Surveying and detecting harmful algal species and associated biotoxins contribute to understanding and predicting the occurrence of HAB events.

During Legs 1-4 of the Summer Survey, phytoplankton samples collected from the Shimada's scientific seawater supply at pre-determined stations are being processed for harmful algal species and their biotoxins as well as macro-nutrients, chlorophyll, phytoplankton cell counts and identification. The main focus of the analysis will be the domoic acid-producing diatom genus Pseudo-nitzschia which was responsible for the 2015 HAB event. We are also on the lookout for other harmful genera that can cause shellfish harvesting closures including Alexandrium (which produces paralytic shellfish toxins) and Dinophysis (which can produce diarrhetic shellfish toxins). These data will provide us with a summertime "snapshot" of harmful algal species, toxins, and associated environmental data on the U.S. West Coast.

Tucked into the corner of the Chemistry Lab is the processing station for phytoplankton and harmful algal bloom samples including a filtration rig, sample bottles/containers and a microscope. Photo: NOAA Fisheries 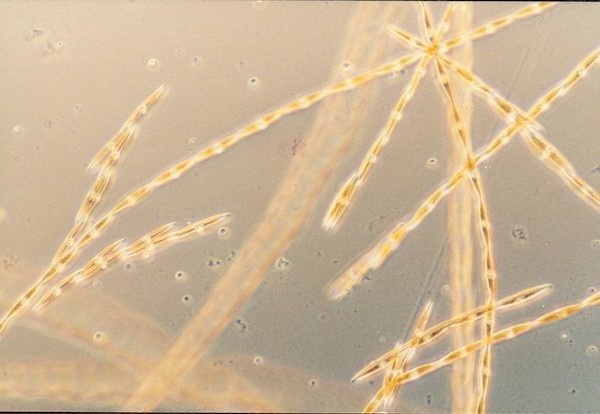 The domoic acid-producing diatom Pseudo-nitzschia, the main target of the HAB sampling on the hake survey. Photo: NOAA Fisheries 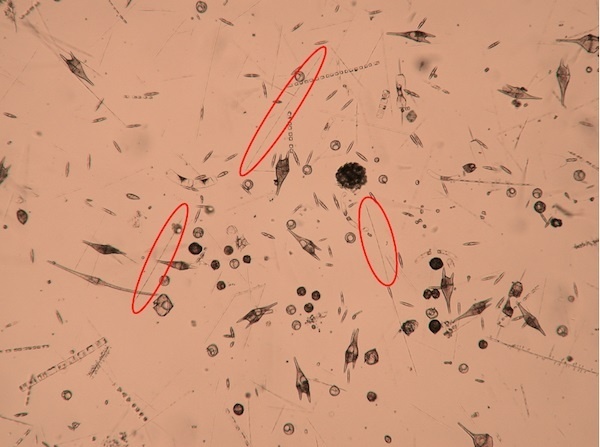 Previous: eDNA Part 2: There's a Lot of Water in the Sea - and the Chemistry Lab Next: Life on Board NOAA Ship Bell M. Shimada - One of Our Favorite Meals 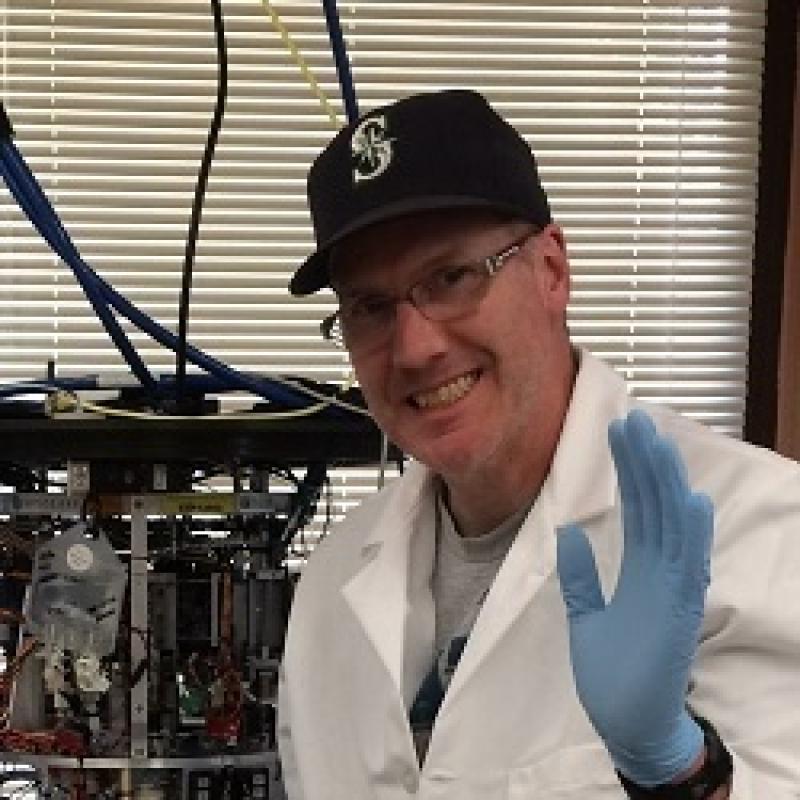