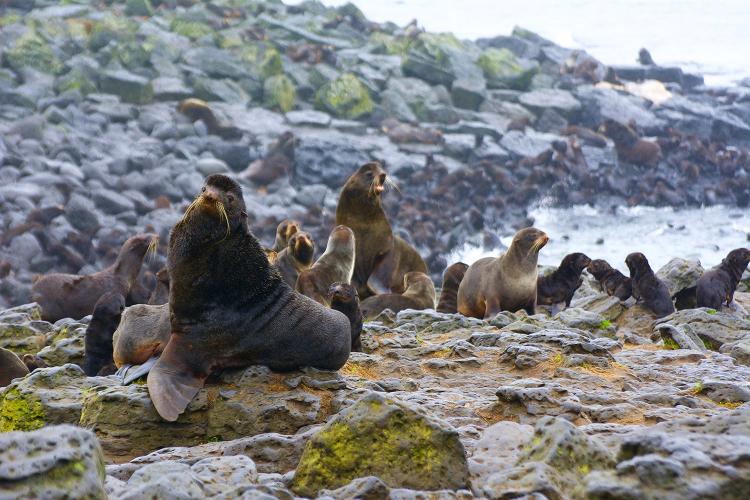 In my final blog post I’d like to share some perspective on the big picture of why we study northern fur seals. I also want to share my own reactions and experiences over the last couple weeks on this amazing island.

One of the first questions I asked our lead scientists (Rolf and Rod) is, given the limited crew and capacity to sample this year, how did they choose which rookeries we would sample for the pup production study? To recap from earlier blogs, the five rookeries we sampled were Morjovi, Polovina, Reef, Zapadni Reef, and Zapadni.

Looking at a map, it may seem obvious: the rookeries are spread out among the northeast corner, the east coast, the southeast peninsula, and English Bay on the southern shore. Geographic representation from different regions of the island is certainly a strong driver for site selection, but there are many other factors as well. These include sampling rookeries of different sizes, access for our smaller crew, and special interest, such as sites with focused tagging efforts like Zapadni Reef Rookery. And finally, from years of satellite tracking data from females with pups, we now know that females in these 4 regions have unique foraging patterns and diet. Considering all of these factors gives us confidence that our sampling effort will be representative of the island as a whole.

Understanding what’s going on in these four regions of the island may also provide some very telling insight as to the health of the prey populations in each of their respective foraging areas in the Bering Sea. For instance, if we found that pup mortality in one region of St. Paul was much higher than others, or pup weights were much lower, that may indicate that females are having a harder time finding food and nourishing their pups.

This goes for the tagging studies too. If we’re finding differences in survival or reproduction  from one rookery vs. another, we may be able to tease out the reasons why, or this may inspire new areas of study for future years. This is timely and important research because the population trend on St. Paul has been going steadily down for the past couple decades.

Ultimately, the goal is to help these fascinating animals thrive, and be sure that we are managing our actions to ensure their sustainability. And we do this through ecosystem-based management. This means NOAA Fisheries manages the total allowable catches in different fisheries based on continuous analysis of both fish populations and the predators that depend on those fish, as well as environmental factors like climate, oceanographic conditions, and weather patterns.  Understanding the estimated rate of decline of this fur seal population and the factors that may be contributing to that decline are critical to develop strategies for a hopeful recovery.

After the 2018 census, we estimated there were about 350,000 northern fur seals on St. Paul Island (not just pups). That is a far cry from the 2 million that were here in the 1940s. While some other rookeries are growing today (see our 2019 Field Blog from Bogoslof Island), St. Paul Island still hosts the largest congregation of northern fur seals on the planet. It will be interesting and exciting to see how this year’s estimates of pup production compare between the traditional mark-recapture method vs. the aerial surveys. And time will tell which method or methods will continue contributing to this important long-term dataset.

As we wrap up this blog series, I’ll leave you with some fun photos and observations that our crew shared while on St. Paul Island. Thank you for following along and for your interest in northern fur seals and our research! 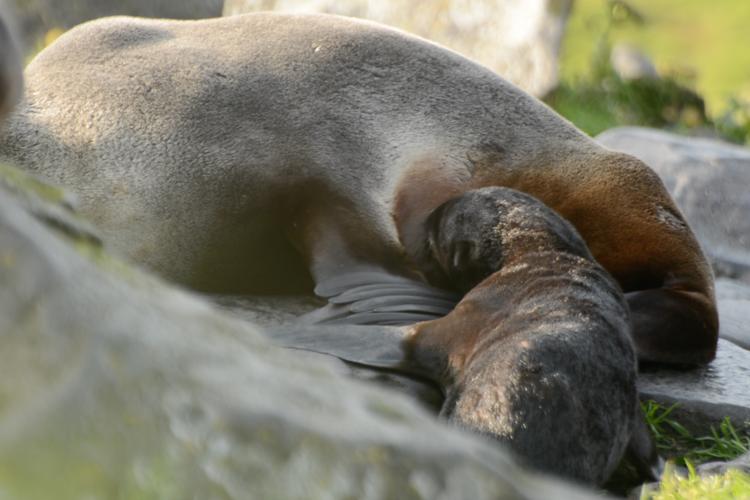 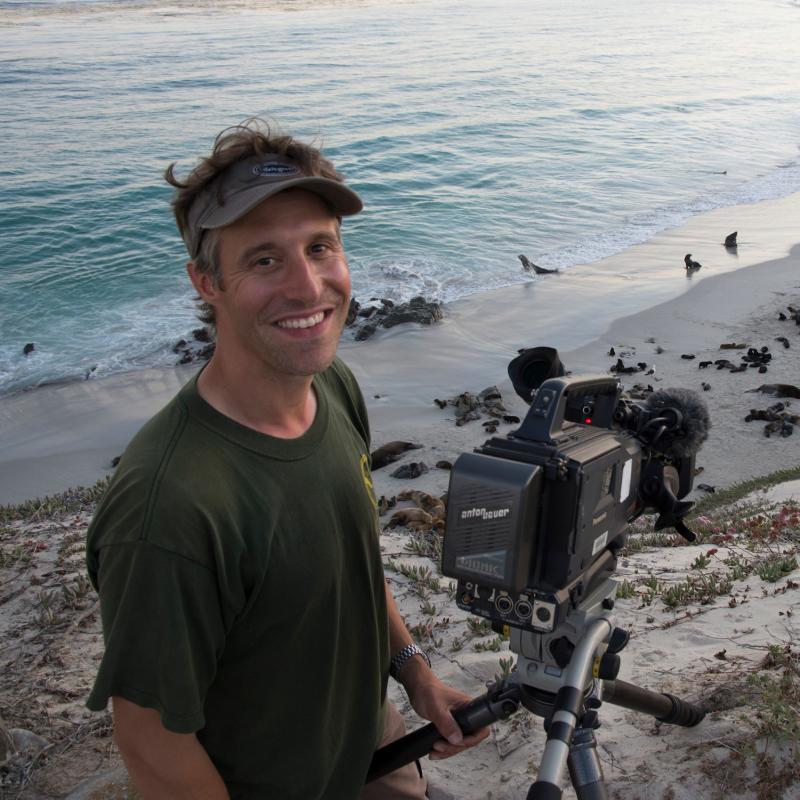 Paul is an audiovisual specialist (aka science filmmaker) at the Alaska Fisheries Science Center. He has a MFA in Filmmaking and BS in Biology. Formerly based out of the NOAA Fisheries Communications Office, Paul has documented commercial and recreational fisheries and fisheries surveys, and on several research vessels. This will be Paul's first cruise aboard the R/V Oscar Dyson, but is one of many trips to the Bering Sea. You can find his video work at: https://videos.fisheries.noaa.gov 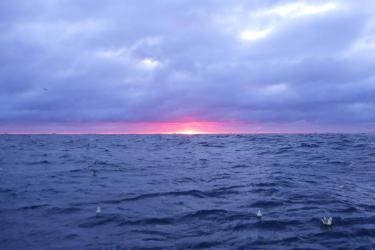 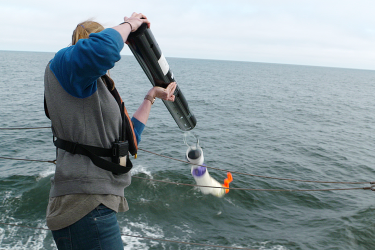 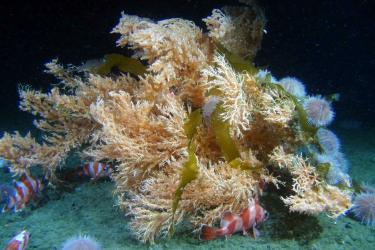 Ecosystem-based fisheries management is a holistic approach that recognizes all the interactions within an ecosystem rather than considering a single species or issue in isolation. 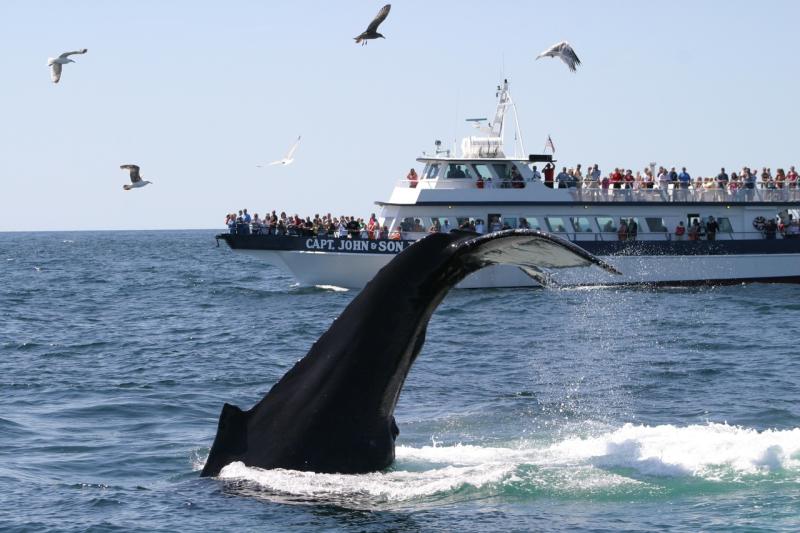