In this blog, Jennifer Leo, shares her experience of getting her feet wet in foreign policy in Namibia, Africa as an Embassy Science Fellow. 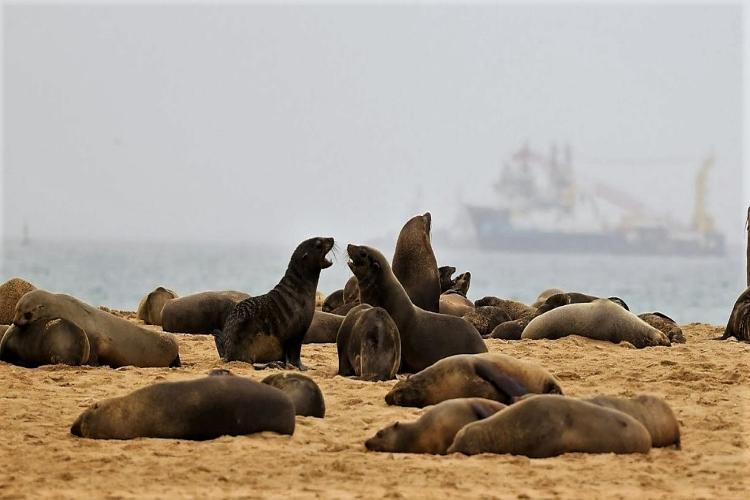 Dr. Jennifer Leo is a research fisheries biologist with NOAA’s Southeast Fisheries Science Center and is based in Galveston, Texas. Her usual responsibilities have her working on climate science along the Gulf of Mexico coast and other habitat ecology efforts. Currently, she is on a short term assignment in Namibia.

I had just arrived in the Namibian capital of Windhoek. Despite the apparent controversy surrounding fisheries and my crippling jetlag, I was excited to begin working as an Embassy Science Fellow. Just after getting settled, I received an email from my State Department point of contact that neatly summarized the current state of the Namibian fisheries. The email read, “Apt political cartoon in the Namibian newspaper today. Wishing you a productive next few weeks!”

Each year, the State Department calls on scientists from the United States federal government to apply to the Embassy Science Fellows program. It was an opportunity I could not pass up! I’ve wanted to visit the African continent for as long as I can remember and this program gives me the chance to see it while doing work that serves the ecosystem and my country. In May I was selected and a few months (and lots of paperwork) later, I arrived in Namibia. I would be serving as a short-term embedded advisor with the Namibia Nature Foundation, the country’s leading conservation and sustainable development non-governmental organization.

The Namibian Nature Foundation hopes my time here will help identify knowledge gaps in the ecological state of the Namibian Islands Marine Protected Area. Although formally designated a Marine Protected Area in 2009, no formal management plan has been implemented. That places this area and its ecosystems at risk of losing important habitat and species as economic activities like mining and fishing continue to operate in sensitive areas. Stakeholders such as the Namibian Nature Foundation and many of their partners including Oceans5, and Blue Marine Foundation are advocating for the development of a long-term, sustainable management plan for the area. This management plan should take an ecosystem-based fishery management approach. My objectives are broadly defined, but one big focus is a little forage fish called pilchard, a species of sardine.

The Namibian pilchard fishery was once big business. It supported the country's economy by providing inexpensive, high-quality protein for canning and fishmeal for agriculture. Pilchard was plentiful along the Atlantic coast because the Benguela current supplies cold, nutrient-dense water that supports the base of the food web pilchard relies on.

However, for more than two decades, fishing pressure, large-scale warming events, and low oxygen events contributed to the fishery’s collapse. The Namibian government placed a moratorium on commercial sardine fishing in 2018 hoping that the stock would rebound; unfortunately it has not. Pilchard’s lack of recovery is reflected in the fates of predator species that rely on them like Cape fur seals and seabirds. Seabirds, including African penguins, Cape gannet, and Cape cormorant, have been seriously affected by pilchard’s collapse. Currently these birds are listed as

Endangered on a global level by the International Union for Conservation of Nature. This cascade of effects has fostered a call for the development of a long-term, ecosystem-based recovery plan.

This short blog series will continue to document my efforts to support the development of an ecosystem-based recovery plan for the Namibian pilchard population. The road from here to there is long, data hungry, and reliant on the cooperation of many stakeholders, so wish me luck! 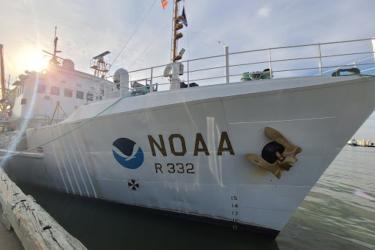 The Process of Surveying Sharks–It's a lot Like a Dance 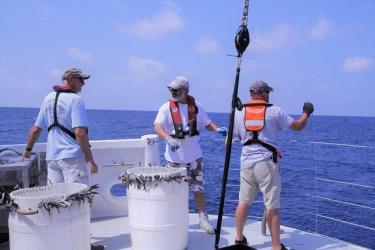 Being a NOAA Fisherman on the Bottom Longline Survey 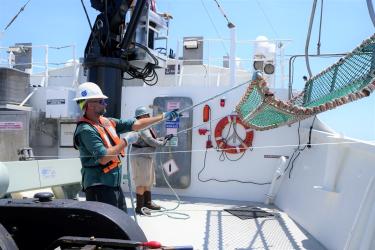