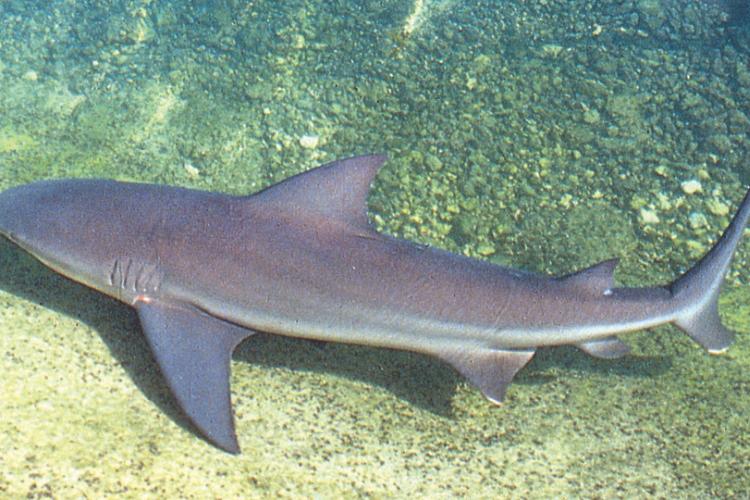 The F/V Eagle Eye II set sail from Cape Canaveral on Monday, April 16, for the second leg of the coastal shark survey. The first leg of the survey saw mostly Atlantic sharpnose, tiger, blacktip, sandbar and hammerhead sharks coming up on the line. The start to the second leg brought more of the same but included a few more species.

A dusky shark in the range of 9’ fork length (FL) and two bull sharks in the range of 7’ FL were nice to see on the line. All three were tagged and released in excellent condition. In addition, this year’s first blacknose sharks were caught, tagged, injected with tetracycline and released. 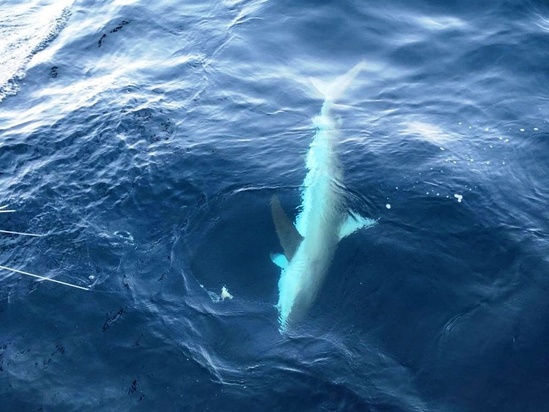 Dusky shark on the line before being brought aboard for tagging and later release.

We are looking to get one more station before seeing some potentially rougher weather put a damper on fishing efforts. Hopefully the forecast improves and the scientists and crew are able to continue working.