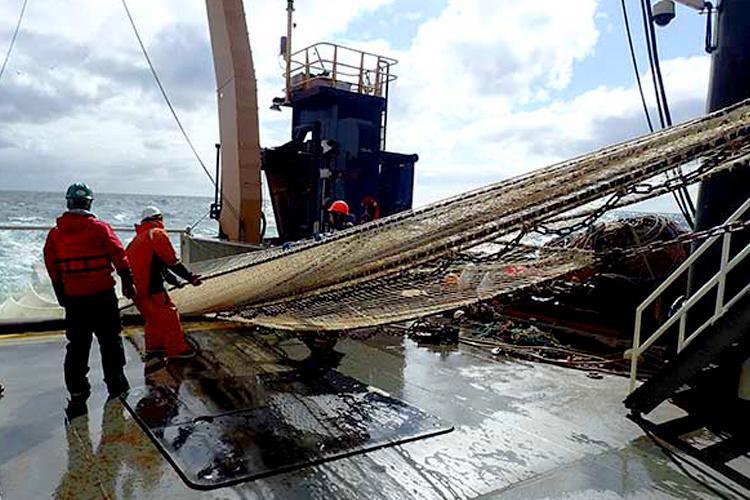 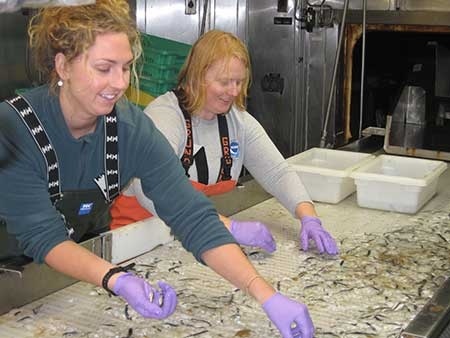 Scientists aboard the NOAA vessel Oscar Dyson sort the catch.

Almost a week has passed since ten scientists boarded the NOAA ship Oscar Dyson in Dutch Harbor, Alaska, for a special opportunity to watch ecosystem transformation firsthand. The team of scientists includes researchers from NOAA Fisheries (Alaska Fisheries Science Center), NOAA Research (University of Washington Joint Institute for the Study of the Atmosphere and Ocean and Pacific Marine Environmental Laboratory Eco-FOCI), and U.S. Fish and Wildlife Service. Specifically, we are onboard the Oscar Dyson to collect information on how ecosystem change affects the health and survival of juvenile walleye pollock during their first year of life in the eastern Bering Sea.

We are here to observe the transformation of the ecosystem firsthand, however, this time we know what to look for.  It’s too early in the survey to detect some of the changes we expect to see, such as changes in the zooplankton community or changes in fish growth, but we have observed several things that may be noteworthy.  Cannibalism.  Yes, pollock are eating pollock.  We are finding juvenile pollock in the stomachs of larger juvenile and adult pollock.  Cannibalism of juveniles is known to influence future fishery landings of adults.

In addition, we have noticed the water color has changed to a chalky, turquoise hue, indicating a coccolithophore bloom.  Coccolithophores are known to cause seabird die offs and may indicate warmer, nutrient-poor waters further affecting ecosystem productivity.

A joint team of scientists onboard the Oscar Dyson in Dutch Harbor, Alaska, are researching how ecosystem change affects the health and survival of juvenile walleye pollock during their first year of life in the eastern Bering Sea.