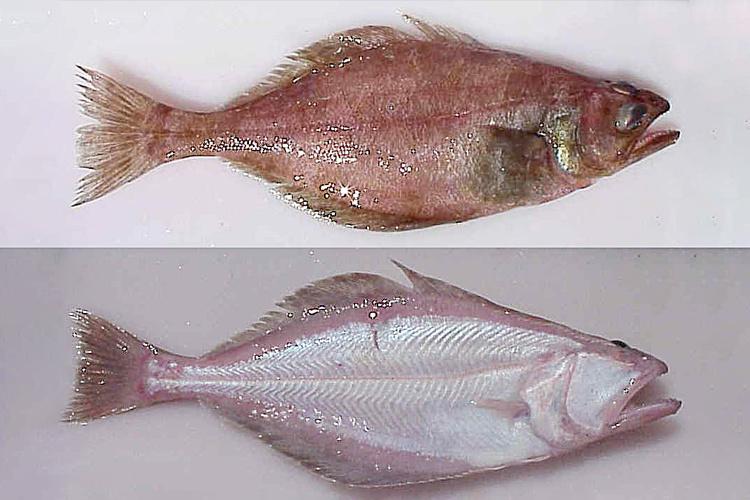 Alex Andrews reported last week about our cruise to study the effects of ocean temperatures on plankton and the health and survival of juvenile pollock that live in the midwater or pelagic zone.  We have been busy continuing the juvenile pollock survey, and documenting the extent of the eastern Bering Sea coccolithophore bloom.

Like most fish, arrowtooth flounder abundance is determined primarily by survival in the first few years of life.  On our cruise, we are locating nursery areas of arrowtooth flounder and other flatfish species, and determining the geographic area, ocean depth, seafloor sediment, and other fish and invertebrate species present at the nursery areas.  We are also collecting juvenile fish to discover what they eat, and assess their body condition during this period of multiple warm years.

A joint team of scientists onboard the Oscar Dyson in Dutch Harbor, Alaska, are researching how ecosystem change affects the health and survival of juvenile walleye pollock during their first year of life in the eastern Bering Sea.

A bird’s eye view of a Christmas anemone at the Kodiak Lab touch tank. Credit: NOAA Fisheries.
View All