Cephalopods on the go: Bobtail squid, octopod eggs and sponges! Blog #9 from the 2019 Northern Neighbors cruise on the NOAA ship Henry B. Bigelow exploring deepwater communities off the coasts of the U.S. Northeast, Atlantic Canada. 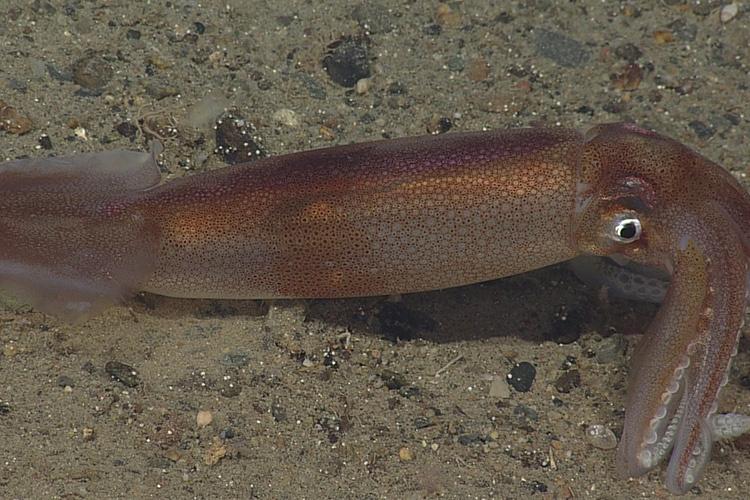 I study the biodiversity of cephalopods (squids and octopus) in the Northwest Atlantic, especially deep-sea squids. Much of my recent research is based on specimens, photographs, and videos collected in the Northwest Atlantic Canyons. My primary goal for the Transboundary cruise was to expand on a growing dataset of georeferenced videos and photographs of benthic (bottom dwelling) cephalopods. 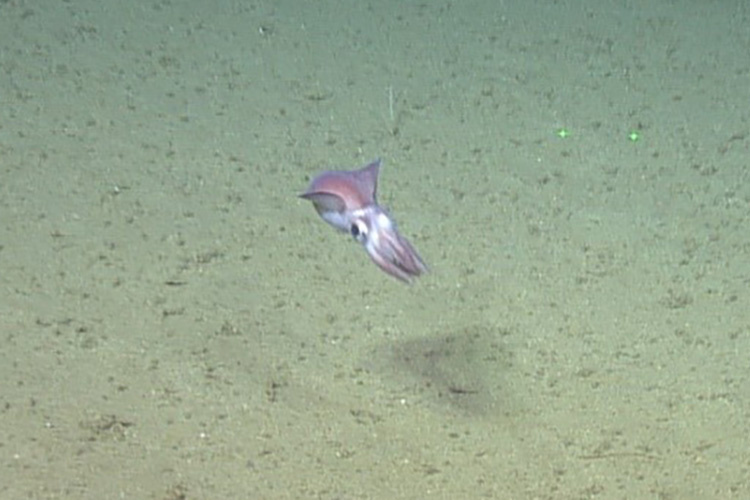 The “bobtail” squid Rossia sp. swimming away over a muddy bottom after being disturbed in the Northeast Channel. Depth 662 meters. Photo credit: 2019 Bigelow/ROPOS U.S./Canada Transboundary Expedition

Images taken during this cruise showed that there are many cephalopod species in the area, including large abundances of the benthic octopus Graneledone verrucossa, the benthic “bobtail squid” Rossia sp., and the pelagic (open ocean) squid Illex illecebrosus. These images will be analyzed to understand the depth and habitat preferences of the cephalopods in the canyons along the Northeast coast.

My second goal for the cruise was to look for instances of octopod eggs in deep-sea corals and sponges. In the intercanyon areas between Kinlan and Heezen canyons, we noted several vase sponges with eggs deposited within them. We were able to suction sample what I hoped would be Rossia eggs, but unfortunately, the eggs were broken and empty at retrieval, so we can’t say for sure what species they belonged to. 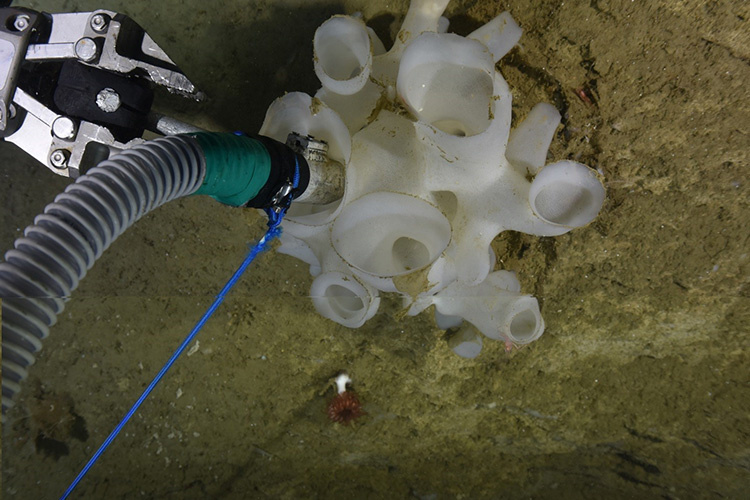 In addition to research, as a museum curator I’m also responsible for the long-term care, growth, and use of one of the largest mollusk collections in North America. I facilitate loan and donation requests, manage our efforts to digitize and widely distribute collection data, and make sure the collection will be conserved, protected and ready to be studied for the next hundred years. During this cruise, I’ve collected bivalves from the base of corals, and gastropods (snails) from the outside of sponges. These specimens will be archived in the research collection at DMNH, and will be available for researchers and students to study.

Finally, as a curator I work with other Museum departments to help visitors and the general public understand why collections, mollusks, and science are important. In support of this activity, I collected invertebrate specimens from the deep-sea including shrimp, brittle stars, and others for students and educators to see and share. I hope that seeing these specimens will inspire someone new to study the deep-sea!

Aboard the NOAA Ship Henry B. Bigelow HB1903