Working together across the sciences to combat toxoplasmosis in wildlife. 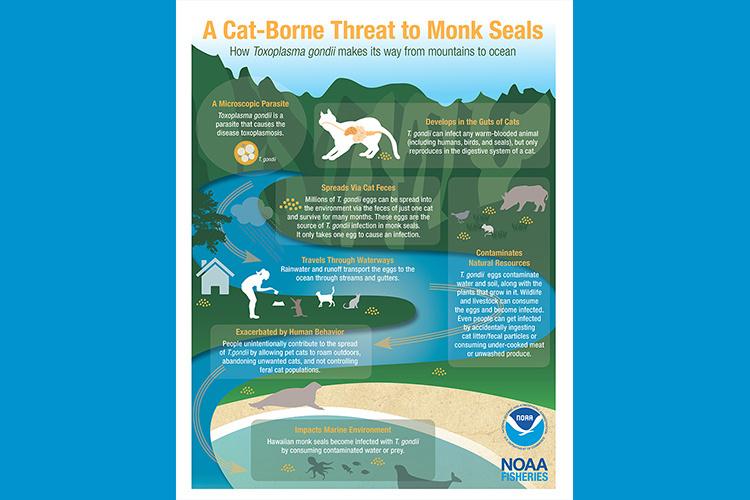 Mauka to makai. Mountains to oceans. Land to sea. We name and revere these landscapes and their interconnectedness in many ways. Those of us who study protected marine species like the endangered Hawaiian monk seal are accustomed to conducting our research on beaches and boats. But in our endeavors to research a teeny parasite called Toxoplasma gondii, we are now looking quite far above the water surface.

T. gondii is shed in the feces of cats, and infection causes the disease toxoplasmosis—a leading threat to monk seal health and survival. It also threatens other wildlife in Hawaiʻi and around the globe. In October, local, regional, and international experts gathered in Honolulu to delve into the current state of knowledge of toxoplasmosis in monk seals, Hawaiʻi wildlife, and other animals worldwide. The workshop brought together experts in disease ecology, parasitology, marine mammal population biology, ecosystem health, hydrology, ocean transport, risk assessment modeling, spatial analysis, and human dimensions fields. With this multidisciplinary expertise, we worked to identify and prioritize areas of future research that would target actions to manage this land-based threat.

NOAA heightened its concern about toxoplasmosis in monk seals in 2015, and a review of cases published in 2016 attributed at least eight deaths directly to the infection. We documented three additional deaths in 2018. This number might sound small, but it is the minimum number of animals lost to the disease. The majority of deaths to-date have occurred in females in the main Hawaiian Islands. The loss of just one female monk seal matters because the recovery of this endangered species depends on her reproductive potential.

Our Response to Toxoplasmosis

NOAA has taken several actions in response to this heightened alarm about the threat of toxoplasmosis to seals. We continue to emphasize comprehensive population health monitoring so that we can identify all disease threats, including toxoplasmosis, whenever possible. We engage with other wildlife researchers and agencies to better understand the threat across species. We communicate what we know about this threat in public presentations, scientific presentations, media, and written material. We developed a plan to attempt treatment, even though we rarely get the opportunity to rehabilitate these sick animals. And we are currently analyzing the impact of seal deaths from toxoplasmosis on the growth rate of the population in the main Hawaiian Islands.

Yet, the threat remains. Part of the reason this threat is so unique is the fact that it is caused by a land-borne parasite. We are currently limited in our ability to minimize the risk to seals. It may take as little as one microscopic parasite, which must make its way from a cat to the marine ecosystem, to cause severe illness and rapid death in a monk seal. That means that finding solutions to this threat is very complex.

So in 2019, our Hawaiian Monk Seal Research Program sought to convene a workshop to chart a scientific path forward. We are happy to report that the workshop was very successful. We recognize that monk seals are not the only species that is facing the impacts of toxoplasmosis, and connecting with researchers from other regions has the potential to expand our collective understanding.

While we are just on the heels of this workshop and have a lot of work yet to do before we can summarize our conclusions, we intend to share the key research goals soon and begin to look for partnerships to help advance them. In the meantime, we thank the diverse individuals near and far that gathered to provide their expertise and we invite continued dialogue on this important topic. And remember, if your cat is indoors, it won’t poop Toxoplasma and kill a seal... it’s science! 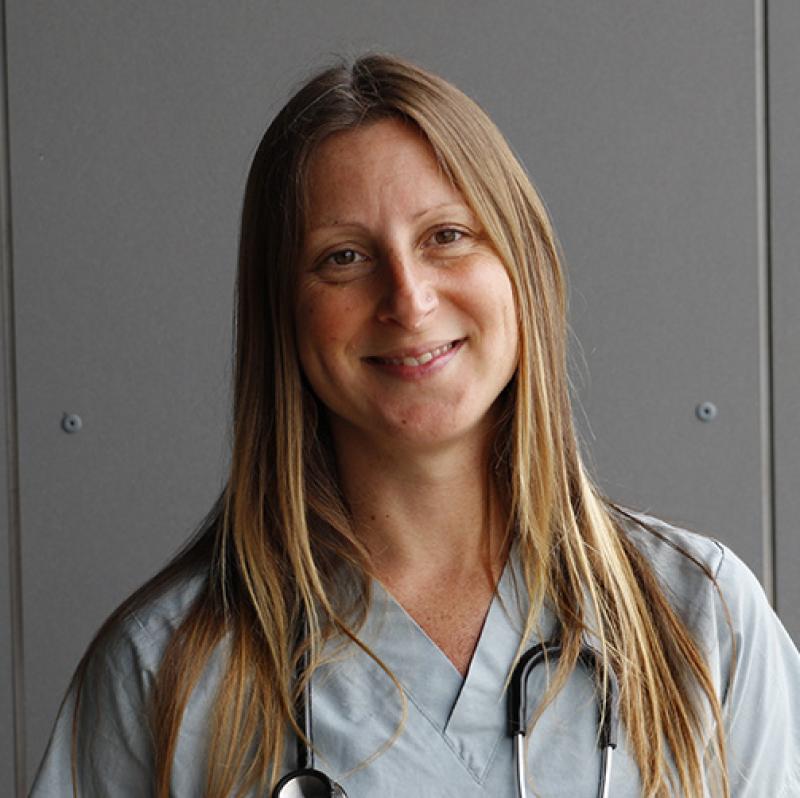 Michelle Barbieri is a wildlife veterinarian and currently leads the Hawaiian Monk Seal Research Program. She has been studying marine mammals since 1998, when she began volunteering in the NC stranding network as an undergraduate at the University of North Carolina Wilmington. Michelle’s passion lies in the fields of conservation medicine and ecosystem health.