Trawling off the California and Oregon Coast 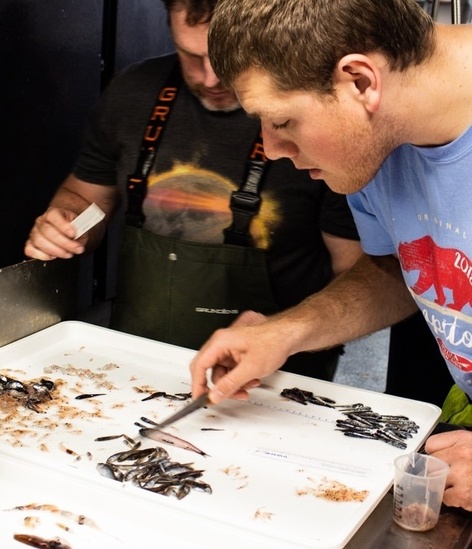 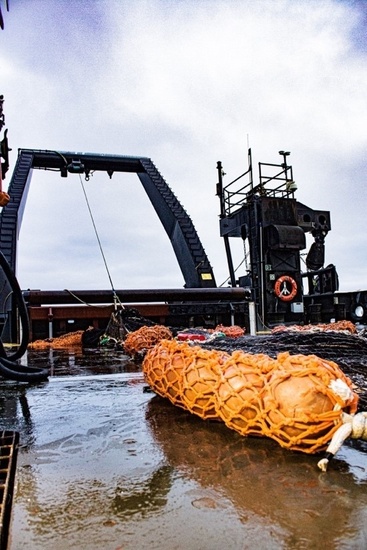 Trawling serves multiple purposes, whether it be fishing or for science. The process of trawl sampling is simple. Scientists pull a Cobb fishing trawl net behind the ship at approximately 30 meters depth, it gets hauled in, scientists get a bucket of catch, and then they sort and count the catch by species. Trawls are often done at night to capture the smaller organisms that swim to the surface waters at night to feed in one of the greatest migrations in the world. 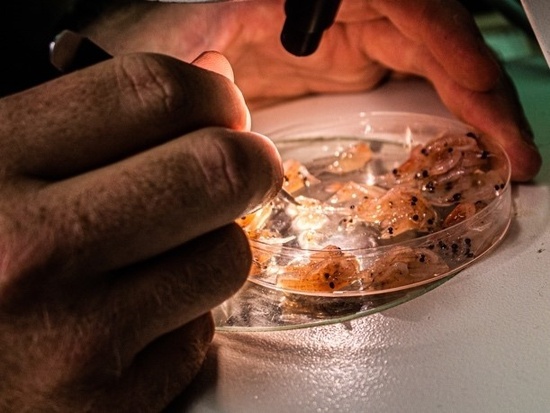 The species caught include several prey species such as squid and krill, which predators such as salmon, seabirds, and marine mammals eat. The survey also collects species such as jellyfish whose presence, or absence, inform us about ocean conditions. 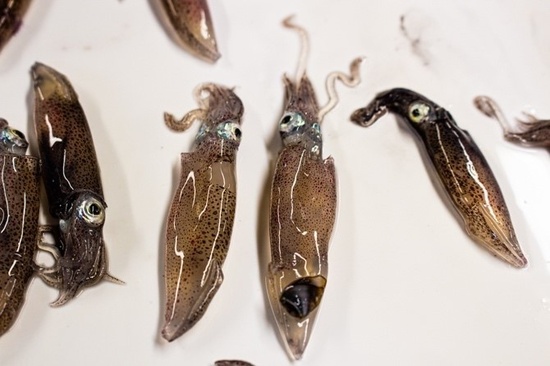 Scientists from the NOAA Northwest and Southwest Fisheries Science Centers use Cobb midwater trawling as a way to assess the health of the California Current Ecosystem, which includes the ocean off California, Oregon, and Washington. As part of assessing health of the California Current Ecosystem, scientists are attempting to quantify baseline biodiversity patterns to predict issues that may arise in the future. 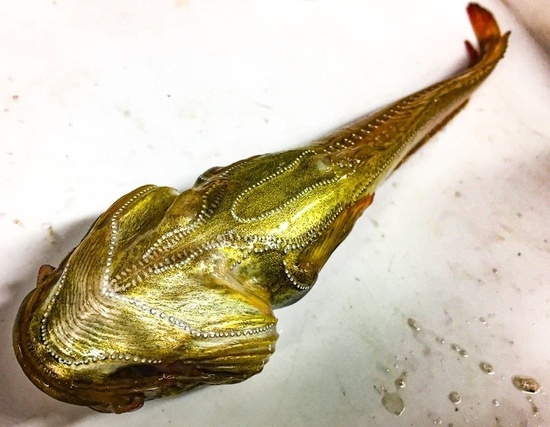 By establishing this baseline, scientists can use it to understand current and future variability of forage communities for ecologically and commercially important species. The importance of establishing a baseline is even more significant due to the fact that little is known about the natural variability of forage communities in Eastern Boundary Upwelling Ecosystems such as the California Current, which are among the most productive marine habitats in the world, accounting for nearly 1/5 of the world's fish catch despite occupying less than 1% of the total ocean area. 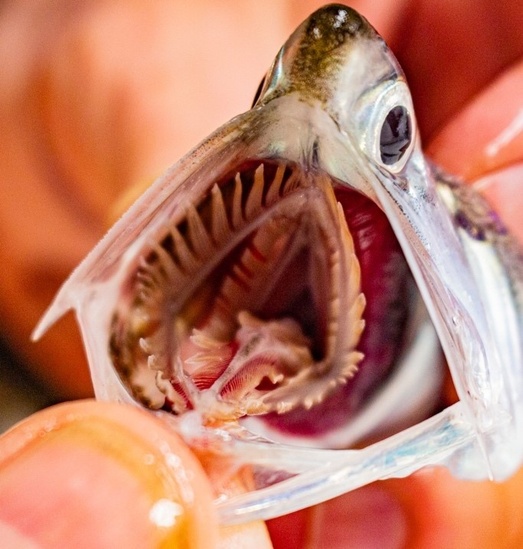 Inside the mouth of the Anchovy caught off the Oregon Coast. Photo: Sarah Vojnovich

Together the trawl surveys done by the Northwest and Southwest NOAA Fisheries Science Centers reinforce the importance of doing standardized surveys off the coastlines of our oceans to assess the condition of this diverse ecosystem. Having the baseline survey established as a long-term data set will formulate a model that can be used for future predictions. These surveys track the trends in early life stages of commercially important fisheries resources such as Pacific whiting, rockfishes, flatfishes and crabs by sampling juvenile stages prior to recruitment to the fisheries. 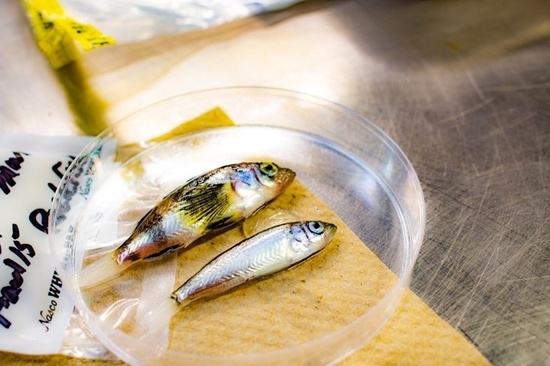 Having the surveys also allows monitoring of unique ocean conditions such as the recent explosion of pyrosomes appearing in northern waters. Pyrosomes are a subtropical species that had not been recorded in the northern California Current Ecosystem until 2014. It's nearly ubiquitous presence in the north in recent years, while not entirely understood, likely resulted from unusual temperatures and transport strengths along the California Current. Without coastwide ecosystem health surveys, the dramatic expansion of pyrosomes from the south may have gone unknown. 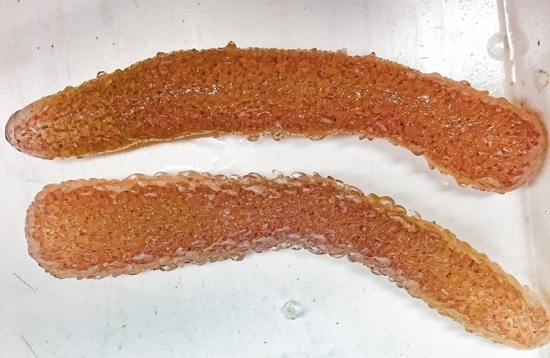 Pyrosomes caught off of the California coast. They have not been caught off Oregon this year. Photo: Ilysa Iglesias

Interestingly, we are not seeing pyrosomes in the north this year while they continue to be observed off California. This could indicate that a return to their normal distribution may have occurred, perhaps indicating a change in ocean conditions.

Taken together, the northern and southern surveys help to evaluate the health of the west coast coastlines to provide guidance for ecosystem-based fisheries management that supports sustainable fisheries, top predators, and coastal communities reliant on a healthy California Current Ecosystem. 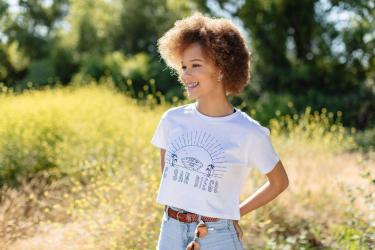