To join the seabirds, a species needs more than a liking for the beach. 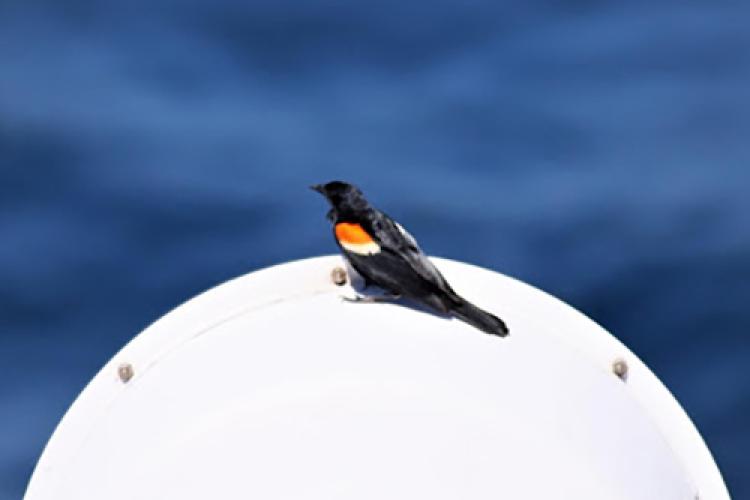 If you’ve spent any amount of time near the ocean, you’ve likely heard the word “seabird.” After all, any bird that associates with salty water is a seabird, right? Well, not quite—there’s no concrete definition of what makes a bird a seabird. But there are a few characteristics that ornithologists (bird scientists) and bird watchers alike use to define them.

Generally speaking, seabirds are birds that are adapted for life in a marine environment. While these adaptations can be exhibited in a variety of different ways, they’re often attributed to their behavior and physiology.

Which Birds are Seabirds?

There are many different groups of birds that use saltwater habitats but aren’t considered true seabirds. They include loons, grebes, sea ducks, herons, and shorebirds (except for two phalarope species that spend their winters in the open ocean).

The groups that are usually considered true seabirds are “tubenoses”: shearwaters, petrels, storm-petrels, and albatrosses. The name “tubenose” refers to the tubular structures on the bills of these birds that cover the nostrils. These birds have well-developed glands near these bill tubes that allow them to consume seawater and then excrete salt from the solution. That means these birds will not need to drink or even see freshwater for their entire lives. Penguins, skuas, gulls, terns, alcids, boobies, tropicbirds, frigatebirds, and skimmers are also considered seabirds. However, not all species under those groups depend on the ocean for their entire life cycle.

Seabirds usually live longer than other birds. One famous example is Wisdom the Laysan Albatross, the world’s oldest known banded wild bird, who is now more than 70 years old. Wisdom has been laying eggs and raising young every year on Midway Atoll (part of the Hawaiian archipelago) since at least the 1950s. She was banded as an adult in 1956, so she could be even older than that!

Seabirds also often undergo long-distance migrations, sometimes from one end of the globe to the other. For example, some individual wandering albatrosses are known to travel more than 75,000 miles in a single year. Arctic terns—small, white birds related to gulls—travel from their Arctic breeding grounds to Antarctica, covering 25,000 miles annually.

Sightings on the 2021 AMAPPS Cruise

Here in the Northeast, we’ve been seeing a variety of seabirds during our time on the Atlantic Marine Assessment Program for Protected Species (AMAPPS) cruise. We’ve observed Great, Cory’s, and Audubon’s shearwaters aplenty, with Wilson’s, Leach’s, and band-rumped storm-petrels seen in good numbers as well. We’ve had some nice surprises along the way too, with a couple of brief looks at white-tailed tropicbirds and brown boobies). One adult female brown booby put on a great display of agility as she flew alongside the boat and dove for flying fish that surfaced to avoid the ship’s bow. We’ve also been lucky to see some black-capped and Trindade petrels. These high-arching ocean acrobats can be found in the warm waters of the Gulf Stream in this part of the world.

Besides these species, we also had a stowaway male red-winged blackbird and a Carolina wren that found shelter from their saltwater adventures on the ship. While these two species are songbirds, we considered them honorary seabirds for their bravery in traversing one of the most difficult environments in which to survive.

True seabirds might have adaptations that set them apart from other species. But spend enough time out at sea and you might start to feel a little like a seabird, too. 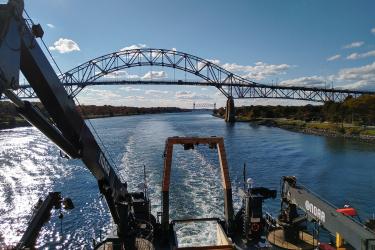 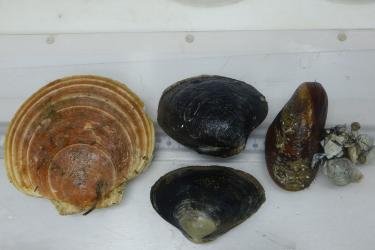