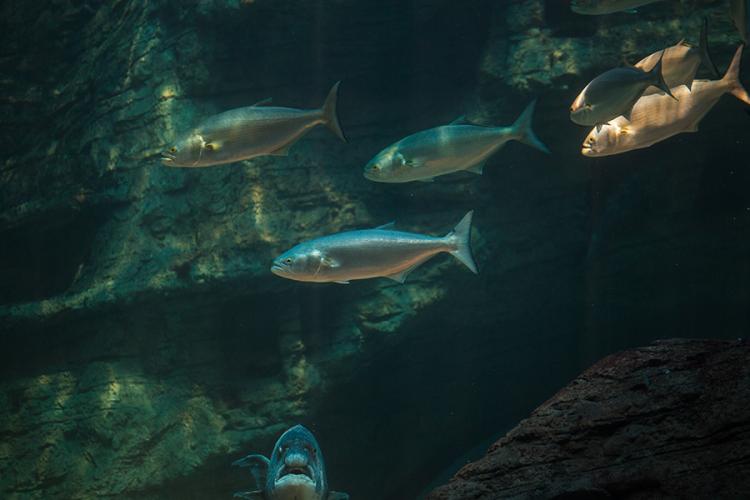 The Atlantic bluefish fishery in the U.S. operates from Maine to Florida. Bluefish are highly migratory along the U.S. Atlantic coast and seasonally move. The bluefish fishery predominantly uses gillnets, but other gear includes hook and line, pound nets, seines, and trawls. The recreational fishery accounts for the majority of the bluefish total catch each year. The market for bluefish is for human consumption and is primarily sold fresh or smoked. U.S. wild-caught bluefish is a smart seafood choice because it is sustainably managed and responsibly harvested under U.S. regulations. Implementing regulations are found at 50 CFR part 648 subpart J.

Significantly below target population levels. A rebuilding plan is being developed for the bluefish stock.

Recreational fishermen use hook-and-line gear that has minimal impacts on habitat. Commercial fishermen use a variety of gears including trawls, gillnets, haul seines, and pound nets, and the impacts vary by gear type. 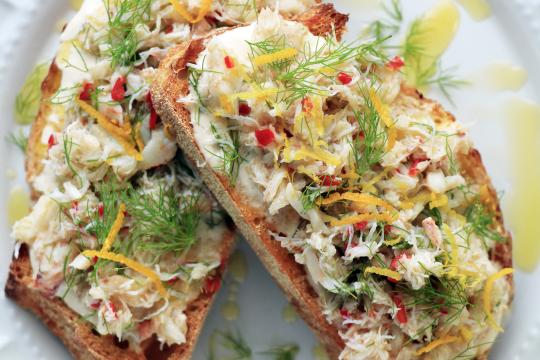 The federal possession limit (bag limit) in the recreational bluefish fishery is dependent on the type of trip/vessel:

There is no federal size limit requirement. Please also check with your local state agency for any state or regional measures and requirements that may also apply.

For all charter/party permit holders, VTRs must be maintained on board the vessel and submitted to NOAA Fisheries for all fishing trips, regardless of species retained. Instructions for completing the VTR can be found online on our reporting page.

Charter/Party vessel permit owners and operators with a federal charter/party (for-hire) permit to fish for bluefish (and other Mid-Atlantic species) must submit the required VTR by electronic means through a software application approved by NOAA Fisheries. These electronic log VTRs must be submitted within 48 hours after entering port at the conclusion of a trip. More information of the eVTR requirements and help with electronic reporting can be found online on our reporting page.

The recreational (charter/party) bluefish fishery does not have any Interactive Voice Response (IVR), Vessel Monitoring System (VMS), or specific observer requirements. However, all federally permitted vessels are obligated to carry an observer if randomly selected by the National Observer Program.

Reporting is not required for the private recreational fishery, but the Marine Recreational Information Program (MRIP) is a system of voluntary coordinated data collection programs designed to estimate recreational catch and effort.

There are no federal possession or fish size limit requirements in the commercial bluefish fishery. Please check with your state agency for any state or regional measures and requirements that may apply.

*Quota may be transferred between states through in-season actions. These are the initial allocations and any changes may not be reflected in this table. Please check the quota monitoring page for updates.

The commercial bluefish fishery does not have any Interactive Voice Response (IVR), Vessel Monitoring System (VMS), or specific observer requirements. However, all federally permitted vessels are obligated to carry an observer if randomly selected by the National Observer Program.

There are no federal gear requirements in the commercial bluefish fishery. Please check with your state agency for any state or regional measures and requirements that may apply.

Atlantic Bluefish is managed in state and federal waters by the Mid-Atlantic Fishery Management Council, in conjunction with the Atlantic States Marine Fisheries Commission. NOAA Fisheries serves as the implementing body for rules and regulations within the fishery.

The bluefish fishery is managed using a bag limit for the recreational fishery and an annual quota allocated to the states for the commercial fishery.

The fishing year runs from January 1 through December 31, and there are no specified management areas for the fishery; with NOAA Fisheries jurisdiction covering bluefish from Maine to Florida.

The Atlantic Bluefish Fishery Management Plan (FMP) requires the specification of catch and harvest limits for up to three years at a time. If specifications are not in place at the start of the fishing year, the fishery functions without a quota until the final specifications of the current year are finalized.

The Bluefish FMP specifies that a transfer of quota is permitted between the commercial and recreational fisheries in either direction; based on a review and comparison of expected landings for each sector and the recreational harvest limit and commercial quota. The amount of quota transferred between fishery sectors may not exceed 10-percent of the Acceptable Biological Catch for that fishing year. No transfer may occur when the bluefish stock is overfished or subject to overfishing.

If a state's commercial bluefish quota is fully harvested, then that state’s bluefish fishery will be closed. Additionally, states can transfer commercial quota between other states to avoid exceeding state quotas or to address other contingencies in the fishery.

*Quota may be transferred between states through in-season actions. These are the initial allocations and any changes may not be reflected in this table. Please check the quota monitoring page for updates.

Any overages of the commercial quota in any state will be deducted from that state’s annual quota for the following year, irrespective of whether the fishery-level ACL is exceeded. If a state has increased or reduced quota through the transfer process, then any overage will be measured against that state’s final adjusted quota.

If the fishery-level ACL is exceeded, the total catch exceeds the ABC, or the total catch exceeds the OFL, and landings from the recreational fishery are determined to be the sole cause of the overage (and no sector transfer of allowable landings has occurred; see below), then a system of accountability measures will be used that are based on a combination of the amount of overage and the condition of the stock. In other words, the status of the stock determines what type of management response would be implemented, including adjustment of management measures, scaled payback of overage, or pound-for-pound overage payback. These adjustments will be made in the following fishing year, or as soon as possible, as a single year adjustment.

In the case of an overage in a year with a sector transfer...

The most recent benchmark stock assessment for bluefish was in 2019, where the stock was declared overfished and not subject to overfishing. 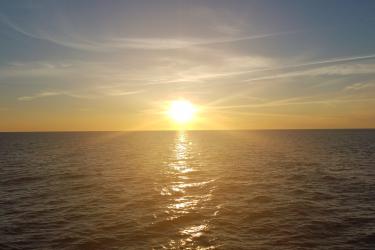