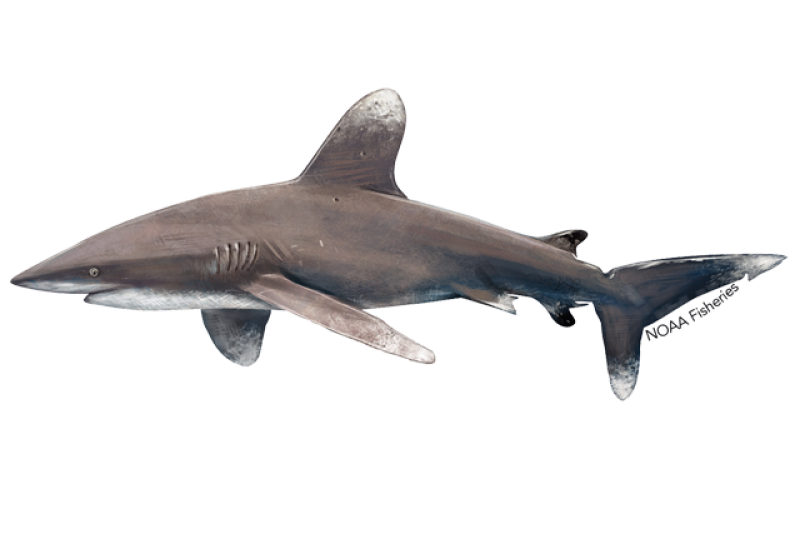 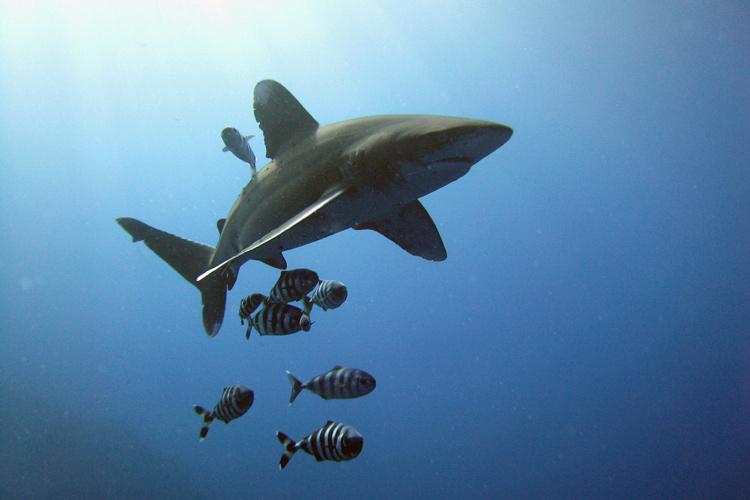 The main threat to oceanic whitetip sharks is bycatch in commercial fisheries combined with demand for its fins. They are frequently caught in pelagic longline, purse seine, and gillnet fisheries worldwide and their fins are highly valued in the international trade for shark products. As a result, their populations have declined throughout its global range. In 2018, NOAA Fisheries listed the species as threatened under the Endangered Species Act.

Information on the global population size of the oceanic whitetip is lacking. However, several lines of evidence suggest that the once common and abundant shark has experienced declines of potentially significant magnitude due to heavy fishing pressure. For example, the oceanic whitetip has declined by approximately 80 to 95 percent across the Pacific Ocean since the mid-1990s. Substantial abundance declines have also been estimated for the Atlantic Ocean, including an 88 percent decline in the Gulf of Mexico due to commercial fishing. Given their life history traits, particularly their late age of maturity and low reproductive output, oceanic whitetip sharks are inherently vulnerable to depletions, with low likelihood of recovery. Additional research is needed to better understand the population structure and global abundance of the oceanic whitetip shark.

Oceanic whitetip sharks are large-bodied sharks with a stocky build, and have a distinctive pattern of mottled white markings on the tips of their dorsal, pectoral, and tail fins. These markings are why they are called “whitetip” sharks. Their dorsal fins are rounded and their pectoral fins are long and paddle-like. The color of their bodies varies depending on where they live. They are generally-grayish bronze to brown, while their undersides are whitish with some individuals having a yellow tinge.

The oceanic whitetip shark are considered a top predator, eating at the top of the food chain. They are opportunistic, feeding primarily on bony fish and cephalopods, such as squid. However, they also reportedly feed on large pelagic sportfish (e.g., tuna, marlin), sea birds, other sharks and rays, marine mammals, and even garbage.

The oceanic whitetip shark is found throughout the world in tropical and sub-tropical waters. It is a pelagic species, generally found offshore in the open ocean, on the outer continental shelf, or around oceanic islands in deep water areas. Although they can make deep dives and have been recorded up to 1,082 meters (3,549 feet) deep, they typically live in the upper part of the water column, from the surface to at least 200 meters (656 feet deep). Oceanic whitetip sharks have a strong preference for the surface mixed layer in warm waters above 20°C, and are therefore considered a surface-dwelling shark.

Oceanic whitetip sharks are estimated to live up to 25 years, although it is thought that individuals may live to be much older (up to 36 years). Female oceanic whitetip sharks reach maturity between 6 and 9 years of age (depending on geographic location) and give birth to live young after a very lengthy gestation period of 10 to 12 months. The reproductive cycle is thought to be biennial, with sharks giving birth on alternate years to litters ranging from 1 to 14 pups (average of 6). There is also a likely correlation between female size and number of pups per litter, with larger sharks producing more offspring.

The primary threat to the oceanic whitetip shark is incidental bycatch in commercial fisheries, including longlines, purse seines, and gillnets (among other gear types) Because of their preferred distribution in warm, tropical waters, and their tendency to remain at the surface, oceanic whitetip sharks have high encounter and mortality rates in fisheries throughout their range. 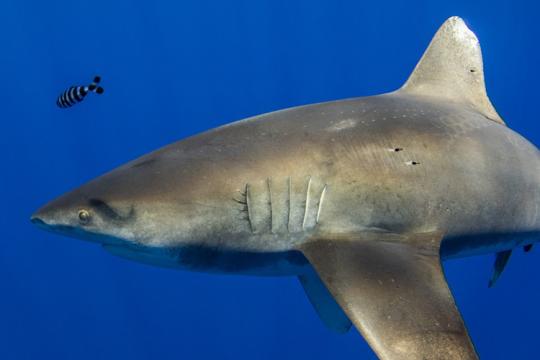 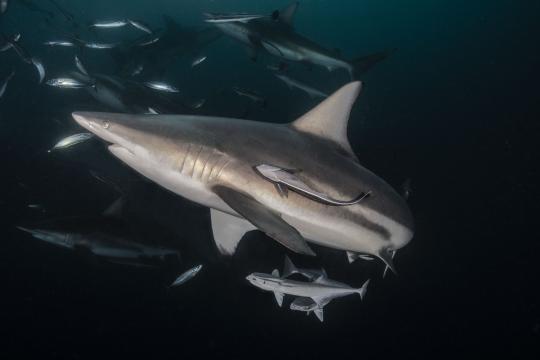 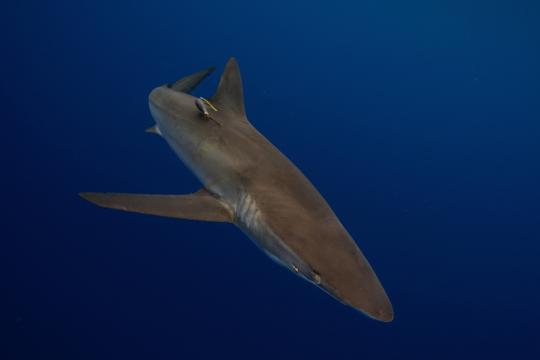 The oceanic whitetip shark is listed as threatened under the Endangered Species Act (ESA). It is also listed under Appendix II of the Convention on International Trade in Endangered Species of Wild Fauna and Flora (CITES), Annex II of the Protocol Concerning Specially Protected Areas and Wildlife of the Cartagena Convention (SPAW Protocol), and Annex I of the Sharks Memorandum of Understanding on the Convention on Migratory Species (CMS).

The major actions recommended in the outline include:

For more information on oceanic whitetip sharks in our regions:

At the 2013 meeting of the Conference of the Parties to the Convention on International Trade in Endangered Species of Wild Fauna and Flora (CITES), the Parties agreed to include oceanic whitetip sharks in Appendix II of CITES, with the listing effective on September 14, 2014. The inclusion of oceanic whitetip sharks in CITES Appendix II helps ensure that the international trade for this species is legal and sustainable.

We, NOAA Fisheries, have determined that a designation of critical habitat under the Endangered Species Act (ESA) for the oceanic whitetip shark (Carcharhinus longimanus) is not prudent at this time. Based on a comprehensive review of the best…
Notice
,
New England/Mid-Atlantic
Pacific Islands
Southeast
West Coast

In response to a petition by Defenders of Wildlife, we, NOAA Fisheries, are issuing a final rule to list the oceanic whitetip shark (Carcharinus lonigmanus) as threatened under the Endangered Species Act (ESA). We have reviewed the status of the oceanic…
Final Rule
,
National 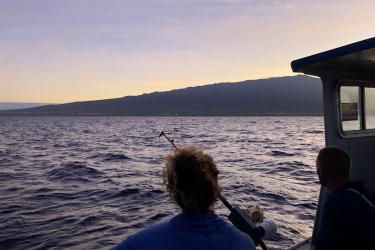