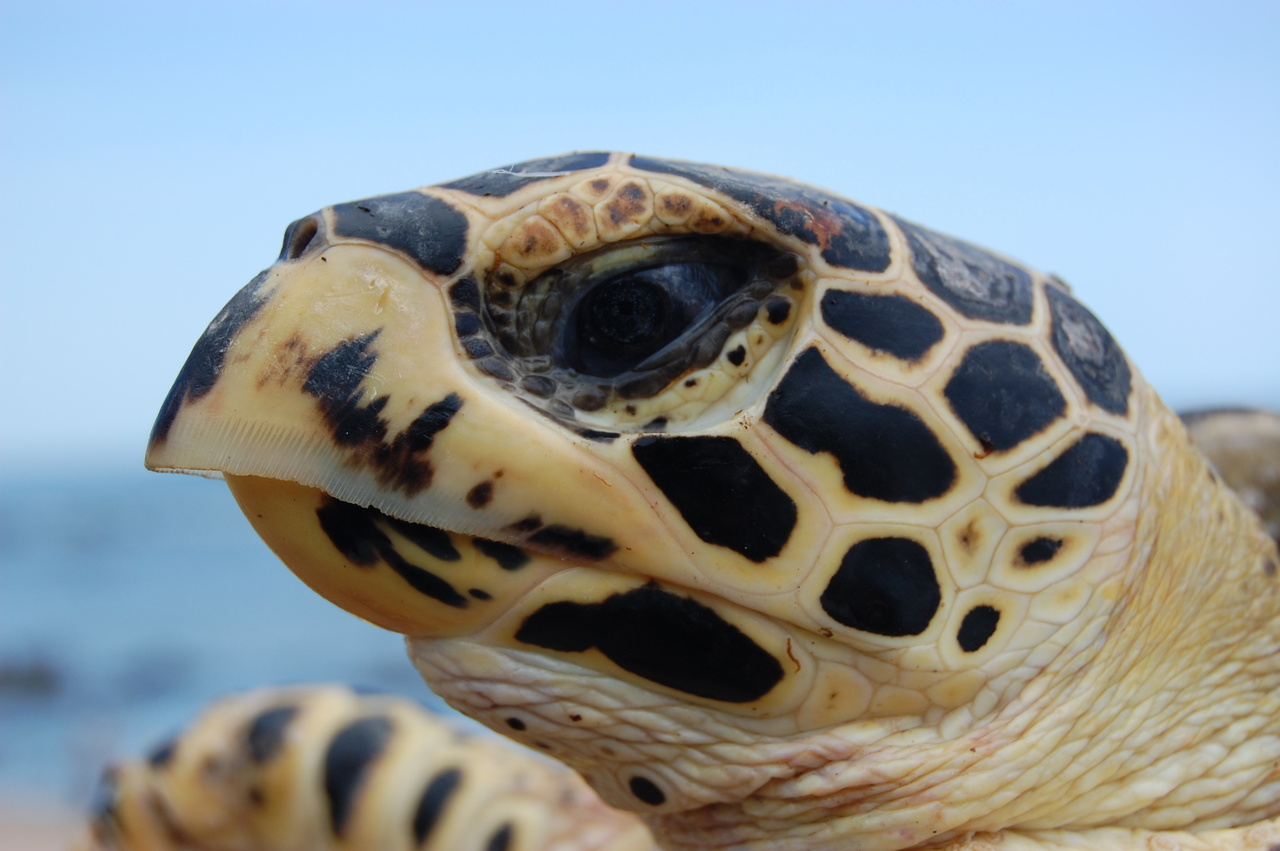 Our program conducts aerial surveys to estimate loggerhead abundance and deploy satellite transmitters on loggerheads caught off southern California to determine their movements and habitat use. With loggerhead presence in offshore waters of southern California a natural focus is to try and limit their interactions with commercial fisheries efforts.

Hawksbill Turtles in the Eastern Pacific