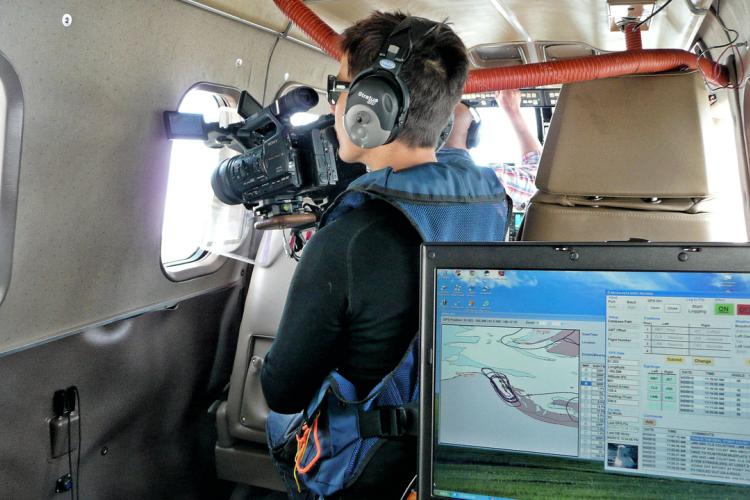 Project: Aerial surveys will be conducted to estimate winter distribution of belugas in March and abundance in June. Abundance surveys occurred annually from 1993 through 2012, after which biennial surveys began in 2014. Tracklines are flown along the entire coast, including islands, and sawtooth tracklines cross the inlet. Observer counts and video records of counting passes are fundamental to documenting the trend in abundance for this endangered population.