Harbor Seal Research In The Aleutian Islands In 2015 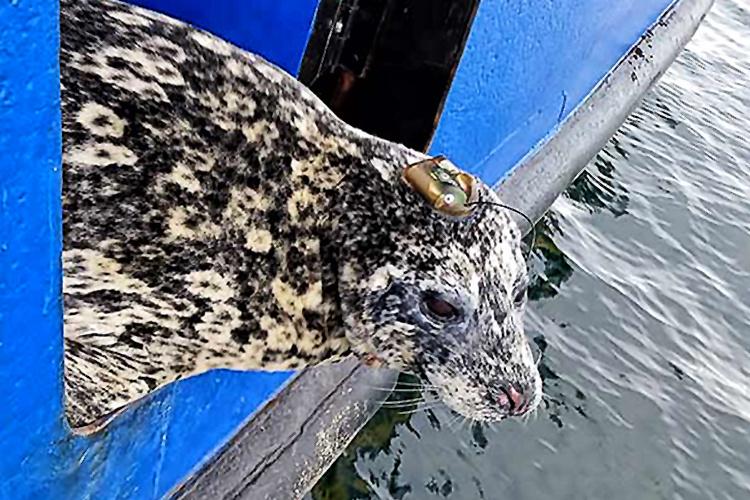 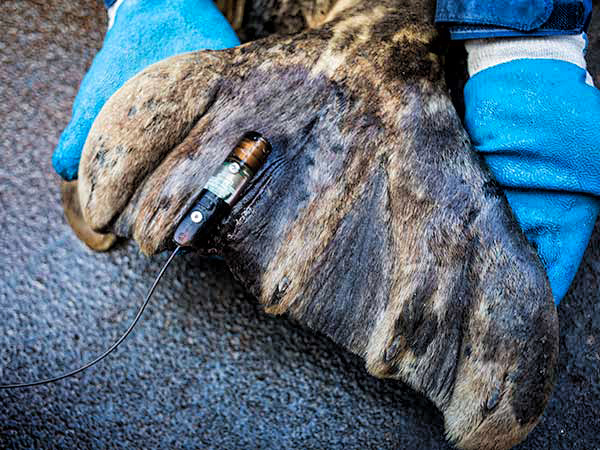 A satellite tag attached to the hind flipper of an adult male harbor seal. Photo by Josh London, NOAA Fisheries.

A team composed of eight biologists from Alaska Fisheries Science Center's Marine Mammal Laboratory, Polar Ecosystems Program, conducted a research project on harbor seals in the Aleutian Islands aboard the chartered research vessel Norseman during September 2015. The goal of this project was to collect baseline information on harbor seal health, behaviors, and genetics in the eastern and central Aleutian Islands to help increase our understanding of this population’s status, ecology, and structure.

The research team captured a total of 31 seals at six different locations between Unalaska and Atka Island that comprised a fairly representative sample of sexes and age classes. Captured seals were examined, measured, and weighed to assess their physical condition. In addition, blood and tissue samples were collected to analyze their health, physiology, diet, and genetic composition.

Locations and numbers of harbor seals captured in the eastern and central Aleutian Islands during September 2015.

Satellite tags were then glued to hair on the heads or backs of 27 seals that had sufficiently completed their annual “molt” (shedding and regrowth of hair and skin). These tags will transmit the seals’ movement, dive, and haul-out behaviors for up to 1 year and then will fall off during next year’s molt process. Smaller satellite tags were also attached to 25 of the subadult and adult seals whose hind flippers were large enough to accommodate the tags. These tags will remain attached throughout the molt cycle and continue to transmit location and haul-out data during this important time of year.

Sex and age-class composition of captured harbor seals in the eastern and central Aleutian Islands during September 2015.