Researchers have been studying Bitter Crab Syndrome, a potentially fatal disease, that can affect southern Tanner crab and snow crab in the eastern Bering Sea, Alaska. 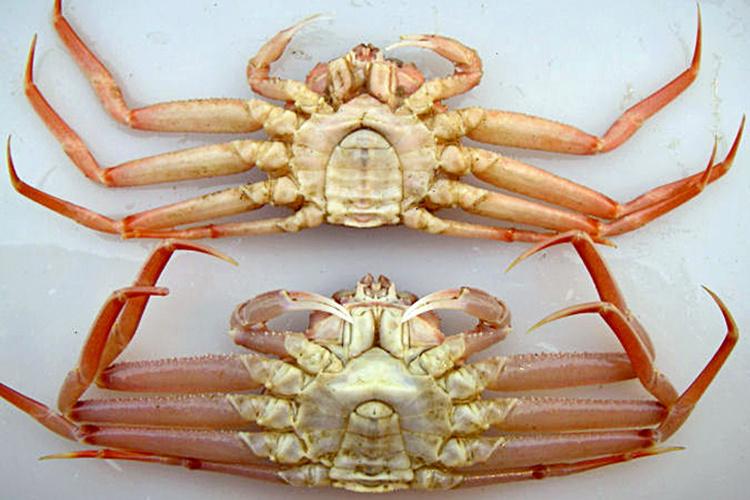 Bitter Crab Syndrome is a potentially fatal disease of Alaskan crabs that is caused by a parasitic dinoflagellate of the genus Hematodinium. We employ a PCR-based assay for detecting Hematodinium spp., which is a more sensitive and accurate method than the traditional method of reading blood smears. We extract DNA from crab blood and then use at least two pairs of primers to amplify portions of 18S and/or ITS1 rDNA, visualizing on ethidium bromide-stained agarose gels.

Over 40 crustacean species in Pacific and North Atlantic Oceans have been identified as having Hematodiniumspp. infections. We were interested in determining whether the dinoflagellate infecting AlaskanChionoecetes spp. was the same species as had been described from Carcinas maenas and Liocarcinus depurator in Europe, Hematodinium perezi.

We sequenced two regions of DNA, 18S and ITS1, in Hematodinium isolates from several hosts (Pacific: C. bairdi, C. opilio, C. angulatus, and C. tanneri; Atlantic: C. opilio, Callinectes sapidus and Nephrops norvegicus) and determined that two clades, most likely two species, of Hematodinium are represented by these isolates.

Each year, during the annual summer crab and groundfish trawl survey in the eastern Bering Sea, blood samples are taken at sea from over a thousand snow and southern Tanner crabs. Using a needle and syringe, blood is non-lethally withdrawn and placed in 96-well plates pre-filled with ethanol. The plates of samples are processed and subjected to the PCR-based Hematodinium assay by Shellfish Assessment Program researchers in Seattle. Program scientists have also collaborated with various other entities to study Bitter Crab Syndrome, including with the Alaska Department of Fish & Game to investigate Bitter Crab Syndrome in the Bering Sea in the fall and winter, and in Southeast Alaska and Alitak Bay, Kodiak. 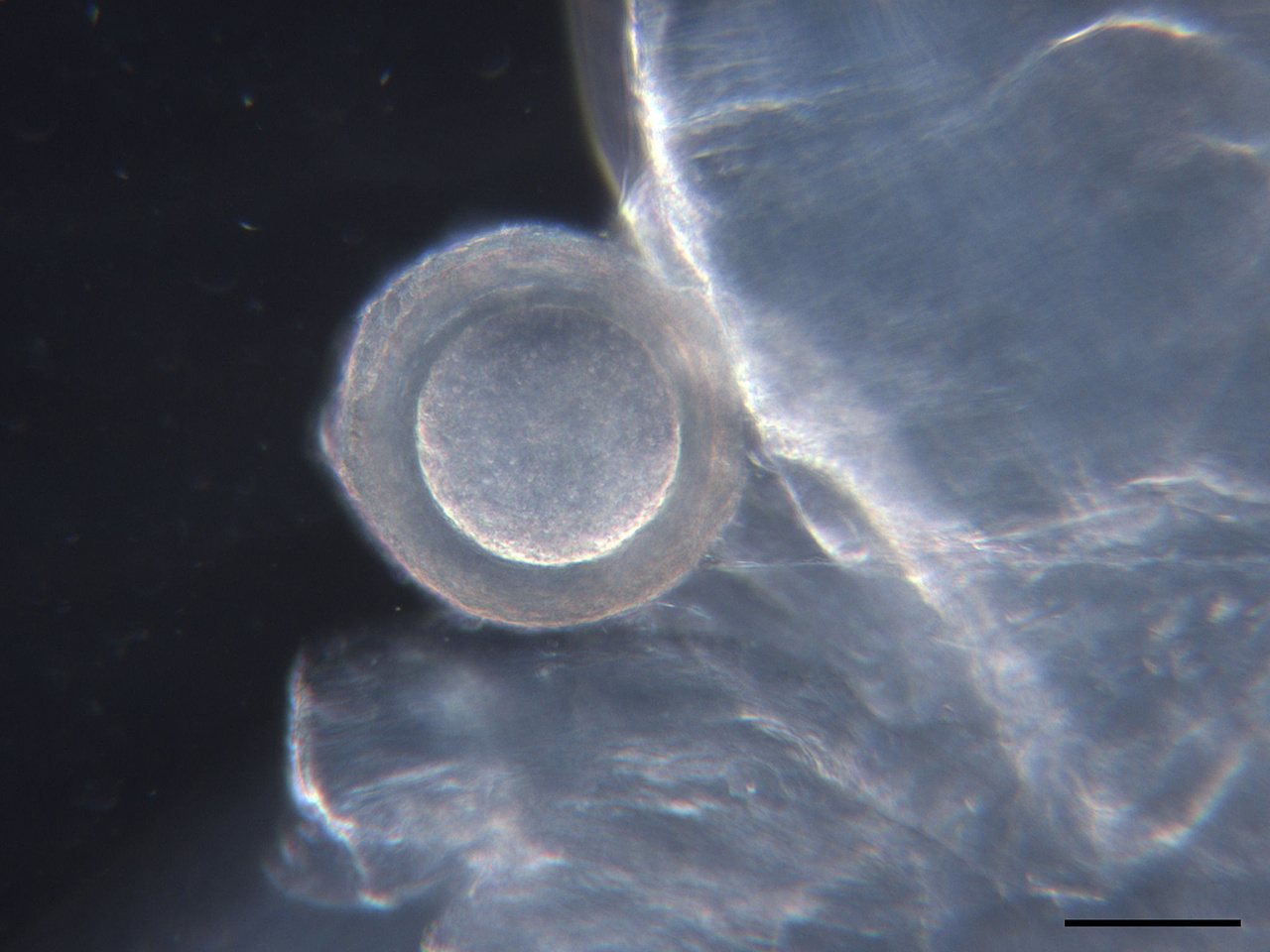 Parasites can impact the health of wild fish populations and have an effect on the quality of seafood produced from affected commercial species. The parasite called Ichthyophonus sp. is responsible for product quality issues affecting walleye pollock (Gadus chalcogrammus) from the eastern Bering Sea (EBS). The parasite appears as opaque specks in fillets, visible by candling during routine inspection at processing plants.

To better understand the presence of Ichthyophonus sp. in this region, we designed a study to determine the spatial distribution and prevalence of this parasite in EBS walleye pollock. Fish samples were processed using multiple methods to identify the parasite visually and by DNA sequence.

Our study revealed that Ichthyophonus sp. infects walleye pollock ages 1 to 18 throughout the EBS. Prevalence in adult walleye pollock (age 4+) was nearly 30%, much higher than that in juveniles.

It is currently unknown what effect Ichthyophonus sp. may have on walleye pollock at the population level or on individual fish, but in other fish hosts, infections have been associated with increased energetic costs and reduced swimming stamina.

Such effects could impact host fitness, population abundance or recruitment to the fishery if energetic reserves are compromised due to other stressors such as unfavorable ocean conditions or reduced prey availability.

This parasite can be transmitted through the diet; walleye pollock is a central prey item for many fish in the region. Therefore, walleye pollock might act as a reservoir of infections for other species either through direct feeding on small pollock as prey or feeding on processing waste from commercial fishing practices. 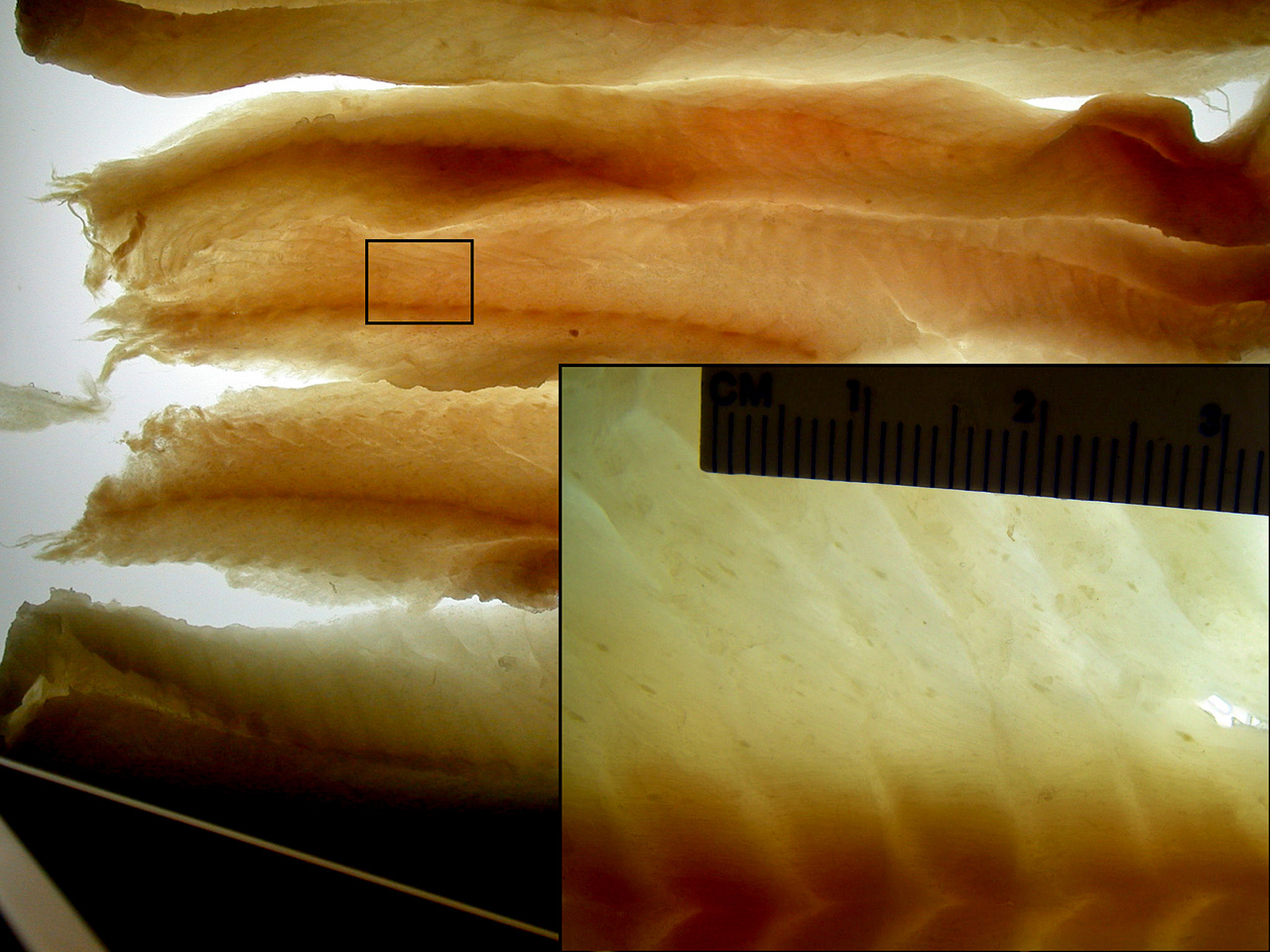 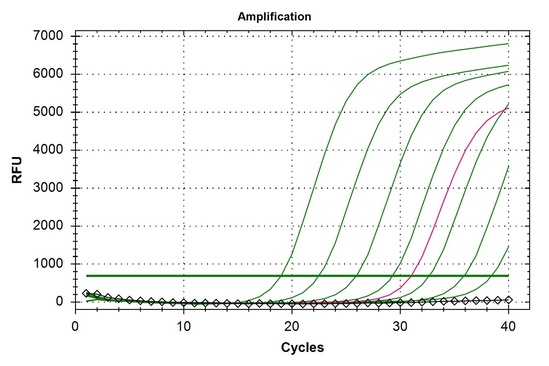 Ichthyophonus sp. is a trophically transmitted, cosmopolitan parasite that affects multiple commercially important fish species in Alaska. Although Ichthyophonus sp. infections can be detected by a number of diagnostic methods, new molecular technologies can provide added benefits including increased sensitivity and the ability to test different types of preserved samples, such as those transported from the field, museum or archived specimens and environmental samples. 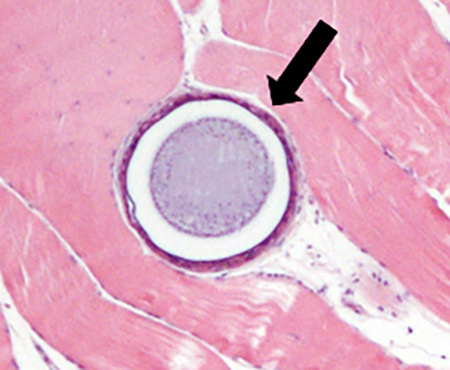 We developed and validated a quantitative PCR (qPCR) assay for Ichthyophonus spp. The new assay was tested for precision, repeatability, reproducibility, and both analytical sensitivity and specificity. Diagnostic sensitivity and specificity were estimated using tissue samples from a wild population of walleye pollock and captive Pacific herring with known exposure history.

Results from the qPCR test were compared with other diagnostics tests for the parasite. qPCR is more sensitive than conventional PCR and histology; however, in vitro culture is still likely the most accurate detection technique for estimating prevalence of Ichthyophonus sp.

In vitro culture allows for a larger piece of tissue to be tested than the other methods, which may play a role in test sensitivity, especially for light infections as this parasite has a patchy distribution within host tissues. Nevertheless, qPCR is a useful tool for Ichthyophonus sp. research considering in vitro culture cannot be applied to all sample types.