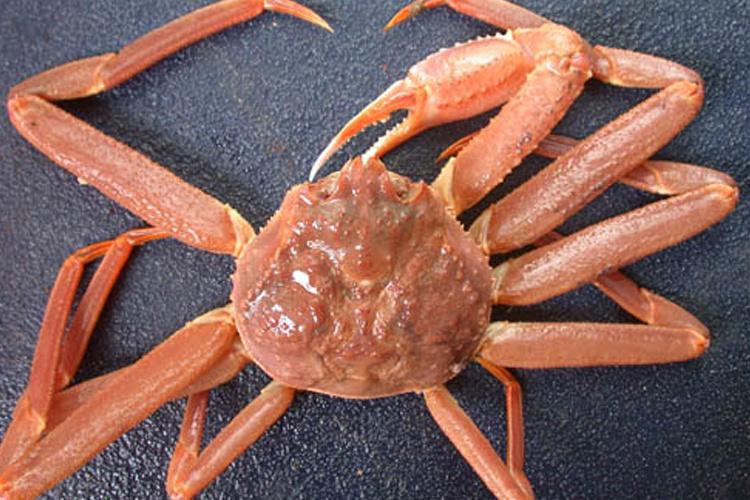 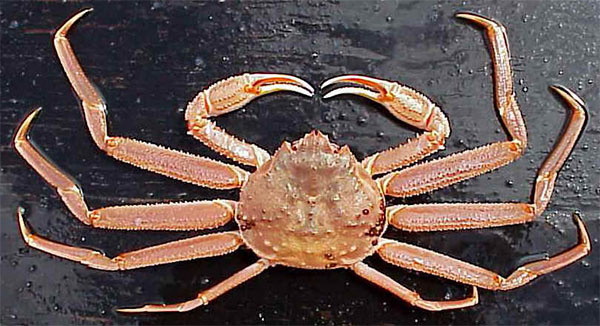 To estimate crab stock size, scientists collect a variety of information including individual animal growth rates. Seeing how much a crab grows in length after it molts helps scientists understand more about how long it takes an animal to reach maturity and then begin producing offspring. From this and other information, scientists are able to project future stock recruitment for fisheries (i.e., the estimated number of animals that will reach a size that allows them to legally be caught by U.S. commercial fishermen).

In 2011, scientists conducted a growth study on snow crab. The data collected from this study was used to help produce a stock size estimate for the snow crab population in 2013.

The goal of this year's project is to collect additional data on other size classes of snow and Tanner crab to further improve stock assessments.

During early April, scientists collected Tanner and snow crab in the eastern Bering Sea. Scientists are regularly monitoring crabs held in tanks in Dutch Harbor, AK. Three days after the crabs molt, scientists measure how much each crab has grown (the difference in carapace width). The study is scheduled to run through the end of the summer 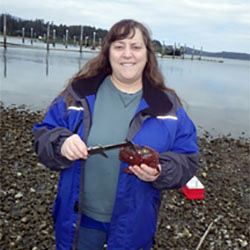 Pamela Jensen is a molecular ecologist and is part of the Shellfish Assessment Program (SAP) with the Alaska Fisheries Science Center.

She received her Ph. D. degree from the University of Washington in Aquatic and Fishery Sciences.

Pam works primarily on diseases and parasites of Bering Sea crabs and utilizes DNA-based methods in her research. In addition to going to sea every summer to participate in the annual Bering Sea crab and groundfish trawl survey, she occasionally helps on other projects, including the Tanner and snow crab growth studies.

In her spare time, she enjoys SCUBA diving, underwater photography, gardening, and reading. 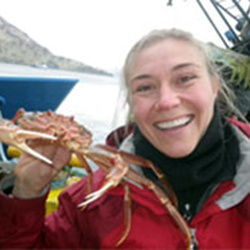 Vanessa White is a fisheries biologist and part of the Shellfish Assessment Program with the Alaska Fisheries Science Center.

She received her Master's degree from the University of Washington in Aquatic and Fishery Sciences focusing on aquatic animal health.

Vanessa's research has focused on diseases and parasites of fish and shellfish species in Alaska, including Ichthyophonus in walleye pollock and Bitter Crab Disease in multiple crab species. She enjoys the variety of tasks her job requires, including lab work, research and field studies.

In her spare time, she enjoys outdoor activities, traveling and dancing. 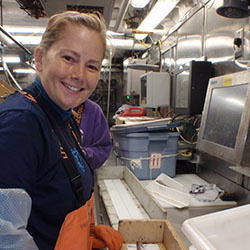 Christie Lang is part of the Shellfish Assessment Program with the Alaska Fisheries Science Center where she focuses research on commercially important crab species in the Bering Sea.

She is the molecular lab manager and has experience with histology and microbiology. She received her B.S. degree from the University of Washington in Aquatic and Fishery Sciences.

In her spare time, Christie enjoys cooking, baking and then testing the products. 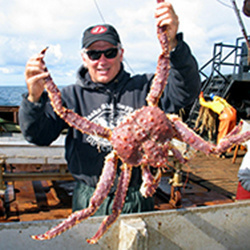 Dan Urban is based at the AFSC Kodiak Laboratory. He received a Master’s Degree from the University of Alaska-Fairbanks in Resource Management focusing on subsistence hunting policies.

After working with the Alaska Department of Fish and Game in shellfish research, Dan joined the NOAA Fisheries shellfish assessment program and has done shellfish surveys literally from Ketchikan to Barrow.

In his spare time, Dan enjoys swimming, hiking with his wife and dog, and painting. He likes to travel and has visited over 40 countries.