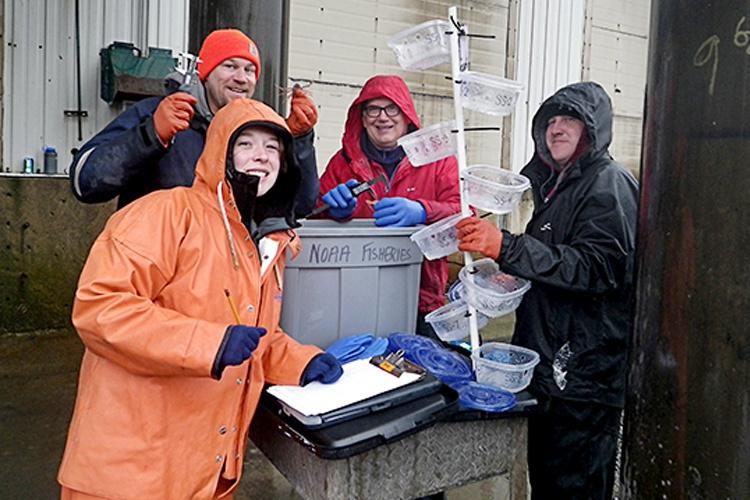 Over 400 immature male and female crab were collected, although sea ice prevented the collection of some size classes of snow crab.

Crab were held in onion bags in circulating seawater tanks for transportation to Dutch Harbor. Crab were then measured, placed in individual containers, and monitored daily for molting. Molting crab will be allowed to harden before re-measuring for an accurate growth per molt determination.

April 21st - To set up the experiment, crab will be measured and stored individually in "crab condos" within large flow through tanks. Brian (far right) is holding up a "crab condo" complex made of plastic containers, Jeff and Dan are measuring crabs, and Madison is writing initial size data.

Crabs are assigned numbers that are associated with the numbers on the plastic containers. We will check the crabs every day for signs of molting.