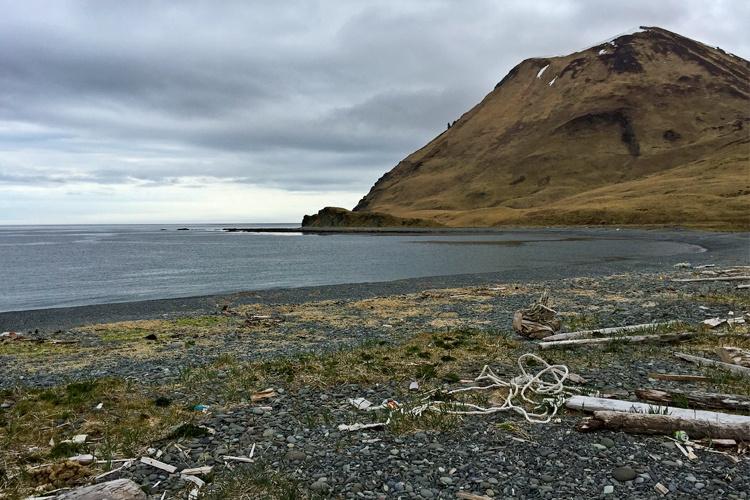 While taking a walk on the beach at Summer Bay (above photo), I noticed this pattern of debris on the sand (below-left). Upon closer examination, I realized the debris looked like barnacle cirri (filter-feeding appendages) (below-right). Apparently, a bunch of barnacles molted at the same time and the molts washed up on the beach. A lucky find! 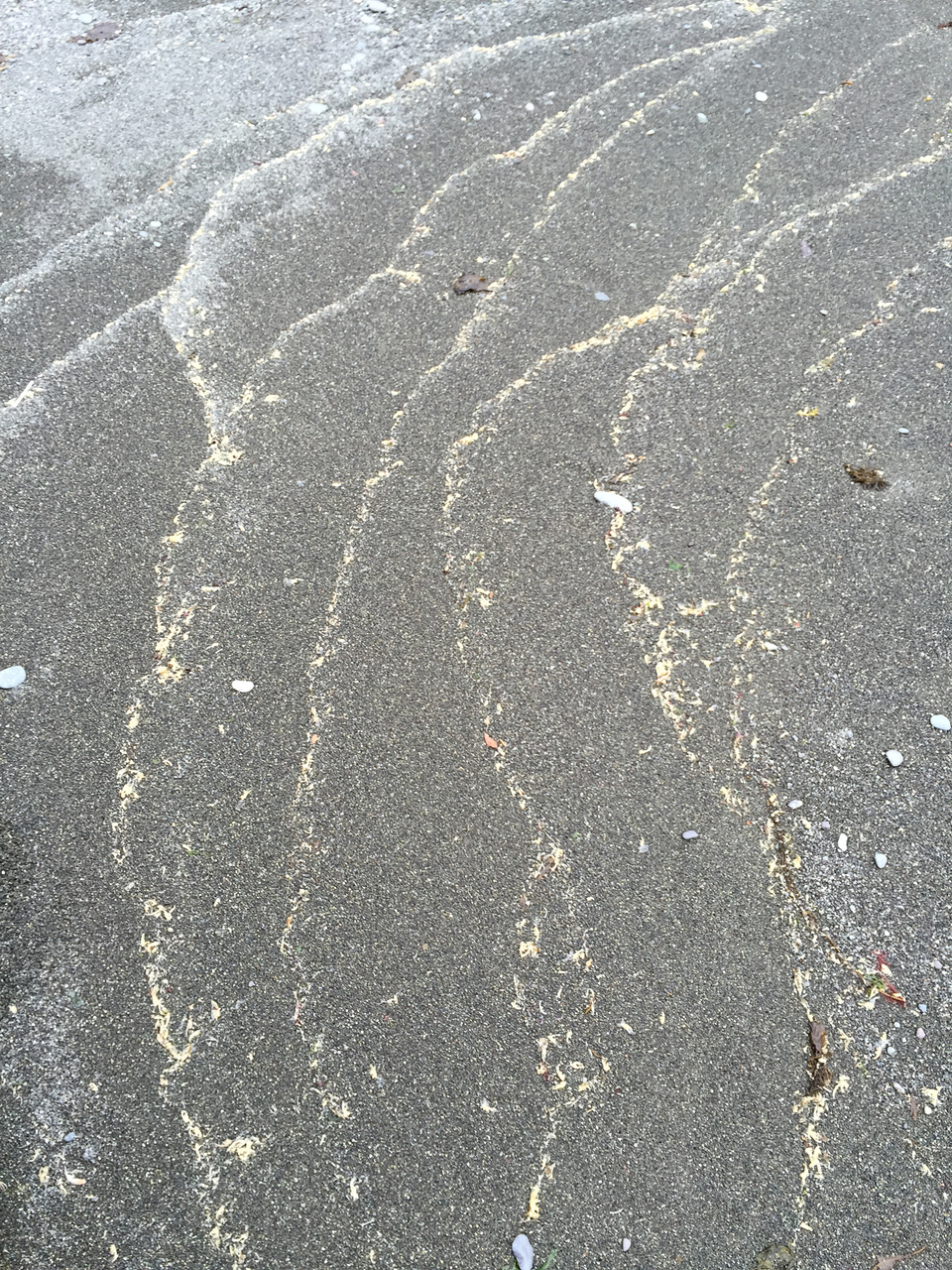 Barnacles (below photo) look very different from crabs, but the two groups of animals are related. They are both crustaceans, have exoskeletons and molt to grow. Early larval stages of barnacles look similar to the early stages of some other crustaceans, but a barnacle will attach to a hard substrate like a rock with a protective ring of plates surrounding its body and remain attached to that substrate for the rest of its life. 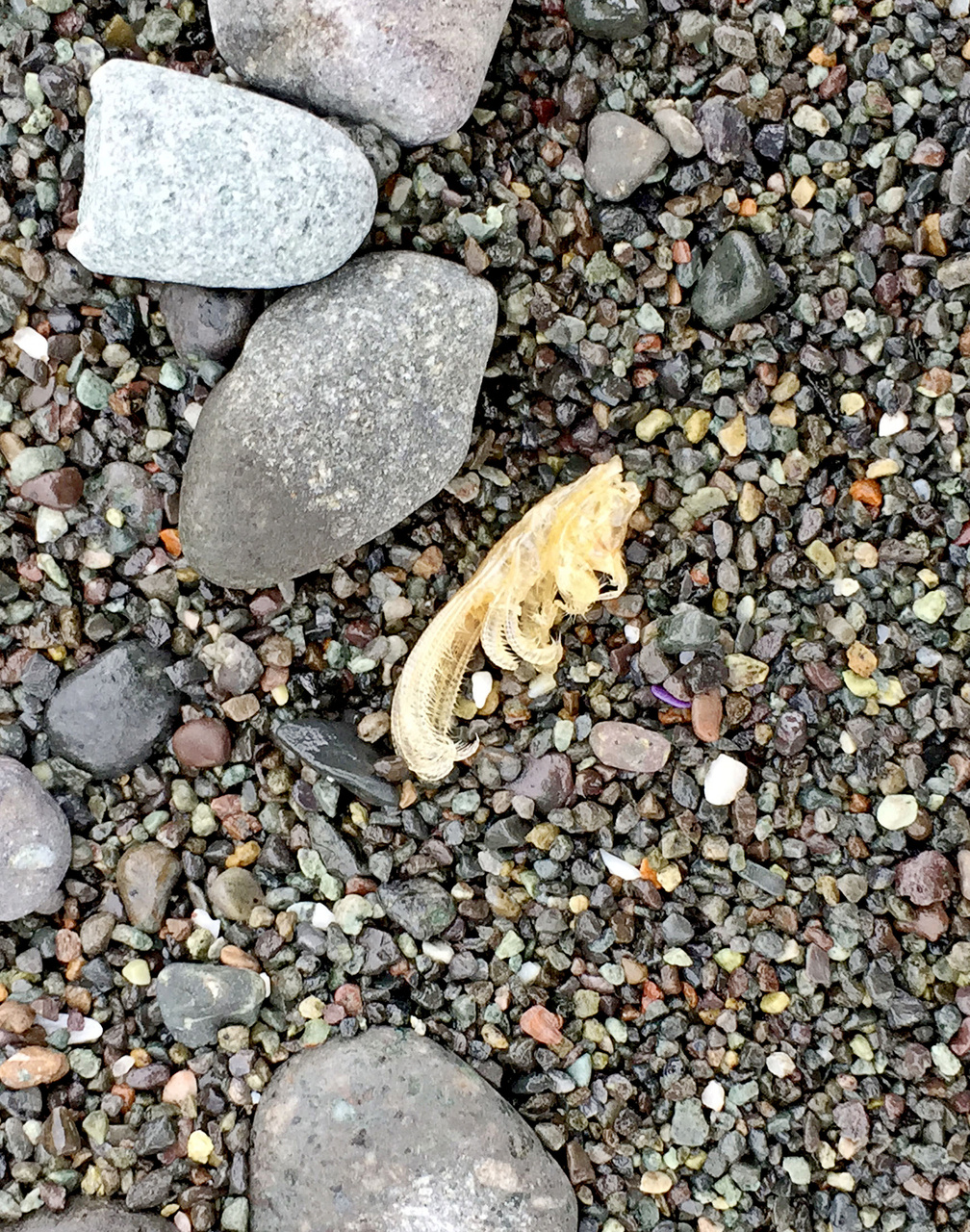 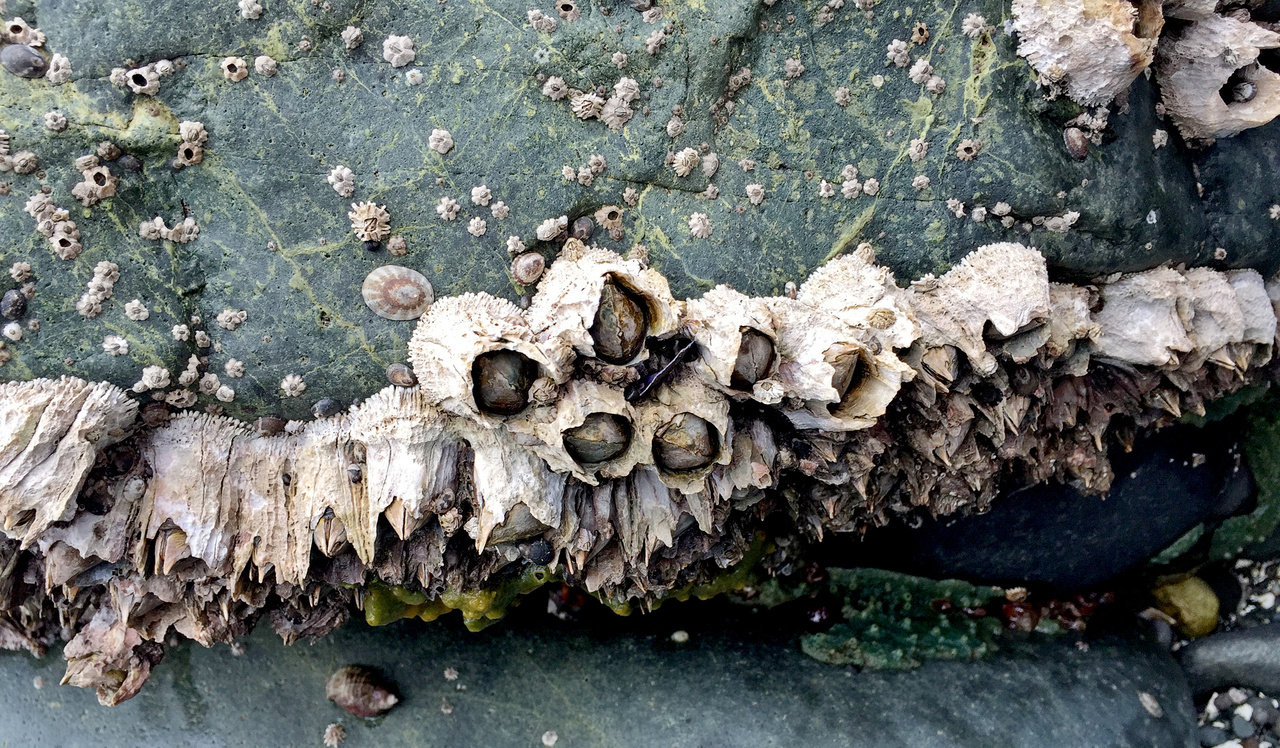 Inside the plates, there are feathery appendages (modified limbs called cirri) that are used to filter food from the water. The cirri are retracted into the barnacle shell when not in use or if the barnacles are exposed to air during low tide.