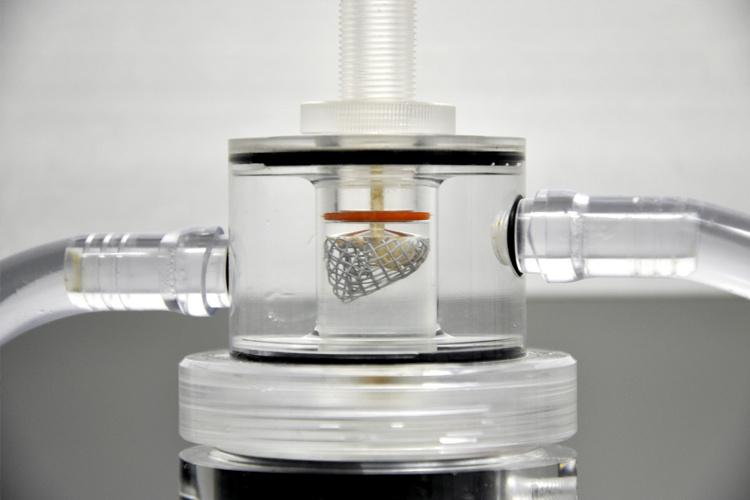 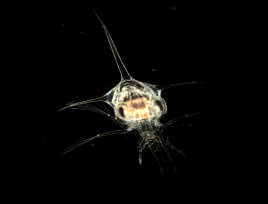 Ovigerous females are being reared in one of three treatments: ambient pH (~8.1), pH 7.8, and pH 7.5 for 2 years. Embryonic developmental stages and morphometics are being examined monthly.

At the end of year 1 and year 2, hatching success is being estimated and larval starvation survival and condition experiments are being conducted. At the end of year 1 after larval hatching, mature males were introduced into the female holding tubs so mating could occur prior to extrusion of eggs used in year 2 of the experiment.

At the end of the project female calcification will be analyzed. Due to the design of this project we will be able to examine carryover effects between oogenesis, embryogenesis, and the first larval stage.

Effects of Ocean Acidification on King Crab Feeding and Respiration 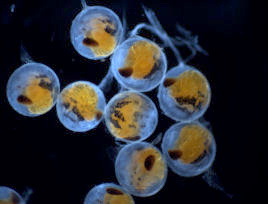 Red and blue king crab (Paralithodes camtschaticus and P. platypus) are both commercially important species in Alaska waters known to be sensitive to ocean acidification, or the reduction of pH in the ocean caused by human-released CO2. In acidified waters both have decreased growth and increased mortality.

Initially, red king crab showed an increase in respiration when exposed to ocean acidification which had disappeared after 3 weeks. On the other hand, in acidified conditions they decreased the amount they ate by nearly 66%. Blue king crab respiration was not affected by acidification but their feeding rate nearly doubled.

Decreased feeding in red king crab suggest that stress of ocean acidification may reduce feeding enough to stress, and finally kill, them, whereas the increased feeding by blue king crab may provide them the energy they need to cope with the stress. 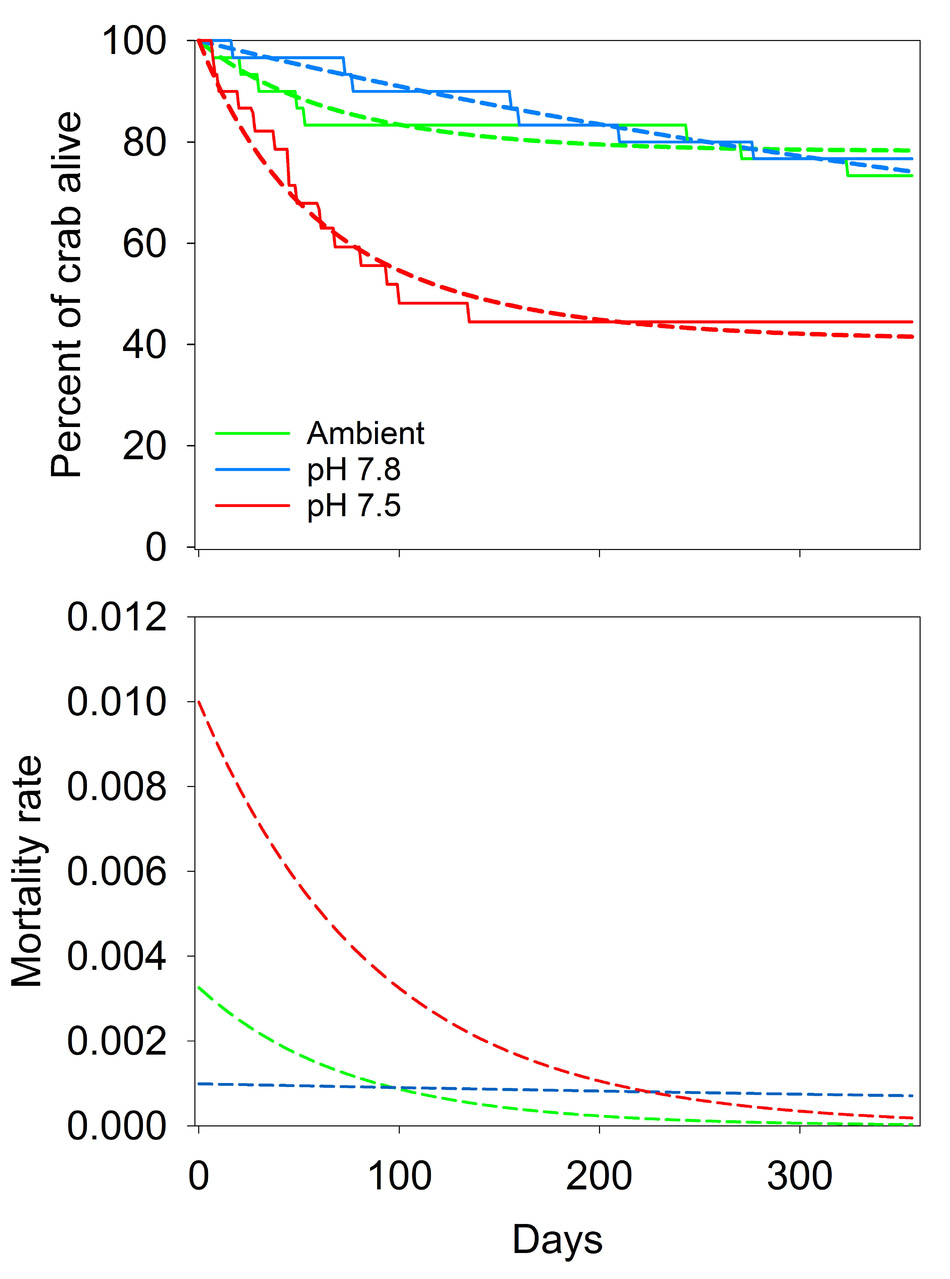 Blue king crabs, Paralithodes platypus, have been an important fishery species in the Bering Sea. Blue king crab may be affected by decreases in ocean pH as a result of increasing atmospheric pCO2 levels, a process known as ocean acidification.

In this study, juvenile blue king crabs were exposed to three pH levels in a long-term experiment to determine the effects of ocean acidification. Juveniles were reared at ambient pH, pH 7.8, and pH 7.5 for about a year. After each molt the crabs were measured and weighed.

Reduced pH, particularly at the pH 7.5 level, caused a change in morphology, reduced growth, and increased mortality. However, the mortality rate at pH 7.5 started off high at the beginning of the experiment, but dropped quickly so that within 200 days it was the same as the other two treatments.

This suggests that blue king crab may be able to alter their physiology to adapt to low pH water. However, given the current low population levels in blue king crab, any reduced survival or growth at low pH could result in lower populations in the future.