NOAA is seeking proposals for 2021 grant awards for projects that will restore habitat for endangered Atlantic salmon in the Gulf of Maine region. 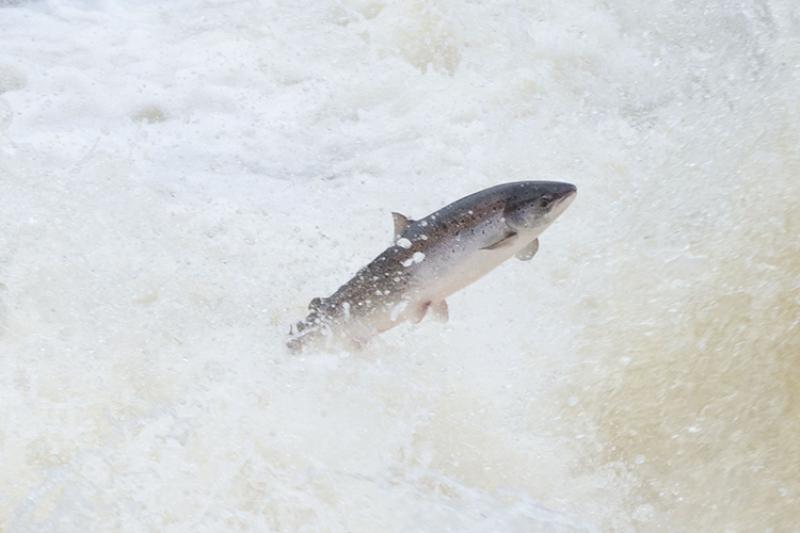 NOAA is announcing the availability of up to $1 million in funding in 2021 for projects to restore habitat for Atlantic salmon in the Gulf of Maine region. The Gulf of Maine distinct population segment (DPS) of Atlantic salmon is listed as endangered under the Endangered Species Act. It is also a Species in the Spotlight, one of nine species most at risk of extinction in the near future.

Atlantic salmon are an iconic species of the Northeast. They once returned by the hundreds of thousands to most major rivers along the northeastern United States. Now, they only return in small numbers to rivers in central and eastern Maine. These populations comprise the Gulf of Maine DPS.

Degraded habitat is one of the largest obstacles facing the recovery of threatened and endangered species like Atlantic salmon. Habitat restoration helps repair areas that have been destroyed by development, blocked by dams, or otherwise subjected to habitat destruction. Through funding and technical assistance, NOAA supports projects that restore the habitats that threatened and endangered species need to survive.

Proposals for this funding opportunity are due April 12, 2021. NOAA will accept proposals with a federal funding request between $300,000 and $1.5 million over a three-year award period. For more information, view the Fiscal Year 2021 Atlantic Salmon Habitat Restoration Partnership Grants funding opportunity.

Last updated by Office of Habitat Conservation on February 09, 2021