This long-running, fishery-independent survey monitors abundance and distribution of fishery species on the Northwest Atlantic continental shelf from Cape Lookout, North Carolina to the Scotian Shelf. 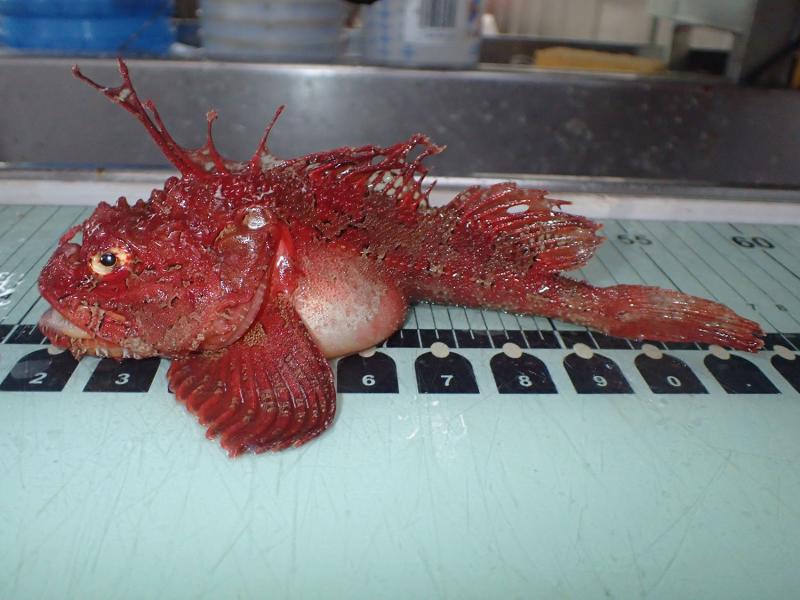 A brilliantly red sea raven, Hemitripterus americanus. Sea ravens come in many shapes and colors, but this one is among the most striking. Credit: NOAA Fisheries

This year’s fall survey occurred in three legs, moving from south to north. The survey got underway as planned on September 11 and concluded on November 15.

The NOAA Ship Henry B. Bigelow supports a variety of marine research. However, this multispecies bottom-trawl survey is the most important of its missions for monitoring the region’s fishery resources. It is the longest running of its kind in the world. Data collected are used to monitor the distribution and relative abundance of fish and invertebrate species on the continental shelf and upper slope of the Northwest Atlantic Ocean.