Collaborating on Coral Restoration in the Pacific Islands

A multi-year partnership between NOAA and The Nature Conservancy will help build capacity for coral restoration in the U.S. Pacific Islands. 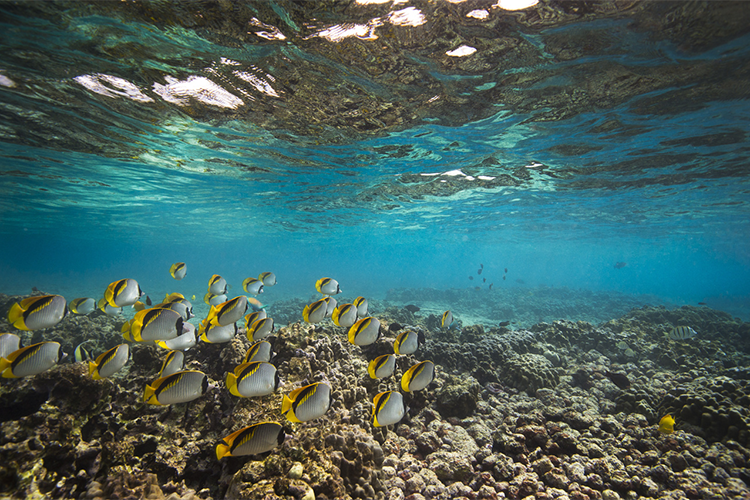 Last year, NOAA and The Nature Conservancy embarked on a multi-year partnership to support the collaborative development of targeted coral restoration plans for the four Pacific Island jurisdictions of Hawai’i, Guam, American Samoa, and the Commonwealth of the Northern Marianas (CNMI). NOAA recently awarded a second year of funding to The Nature Conservancy to continue this important work.

Coral reefs are extremely valuable habitats, contributing more than $3 billion a year domestically to the economy. Hundreds of millions of people depend on coral reefs for food, cultural practices, flood protection, and more. In Hawai’i alone, corals are estimated to provide more than $836 million per year in flood protection benefits.

Despite their importance, corals are gravely threatened around the world due to warming water temperatures, ocean acidification, pollution, invasive species, and impacts from ship groundings and storms. For example, prolonged high ocean temperatures in recent years have caused mass coral bleaching events in the Pacific Islands and beyond.

To address this need, NOAA entered into a cooperative agreement with The Nature Conservancy in 2019 to support the development of coral restoration plans for Hawai‘i, Guam, American Samoa, and CNMI. To date, NOAA has provided close to $950,000 in funding to support this effort, including about $290,000 in the first year and almost $660,000 in the second year. An additional $170,000 in funding over both years will support The Nature Conservancy’s efforts in the West Hawai’i Habitat Focus Area.

So far, in the first year of the project, NOAA and The Nature Conservancy have designed, hosted, and facilitated online sessions during which each of the four jurisdictions began building their coral restoration plans. In the second year, the partnership will provide targeted follow-up support to help coral reef managers refine their plans, make progress on restoration activities, and address challenges that may arise.

Through this partnership, NOAA and partners are helping to build the capacity needed to guide collaborative, science-based coral restoration across the U.S. Pacific Islands.

Last updated by Office of Habitat Conservation on July 31, 2020