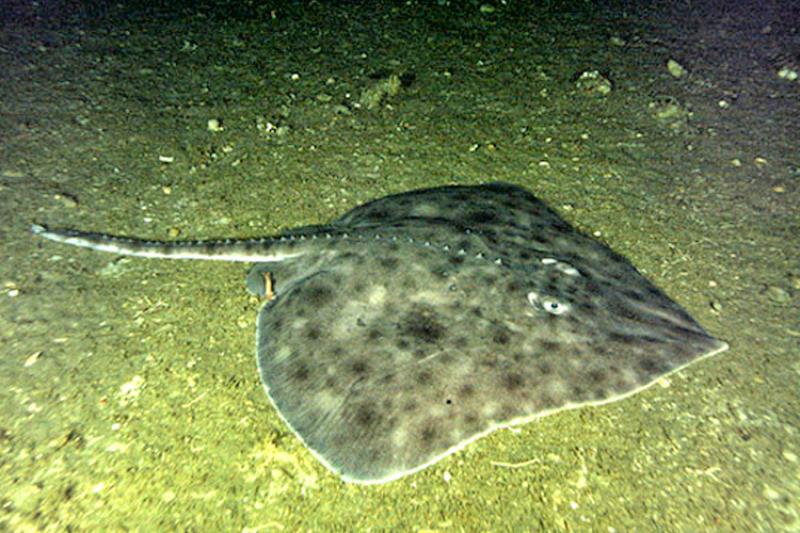 NOAA Fisheries scientists are in the midst of a survey on the eastern Bering Sea slope to try to identify the most critical areas used by skates as nursery grounds. The information gleaned from this summer’s data collection and the work by fishery observers on commercial fishing vessels will help fishery managers determine what areas, if any, need protection.

“We are looking at whether nursery areas are unique by species. We are also using a computer model to predict locations with the best oceanographic features for nurseries. At the same time, fishery observers are collecting data on the condition of egg cases, by species, caught in commercial catches. If there is a high percentage of live embryos to empty egg cases found, then the probability of nursery habitat disturbance is high and fishing may have a negative impact,” said Jerry Hoff, fishery biologist, Alaska Fisheries Science Center.

Skates are related to sharks. Like sharks, they are long-lived, slow growing, and don’t produce offspring until late in life. While there are no directed fisheries in Alaska for skates, skates are still vulnerable to fishing and environmental change.

Skates use the same areas time-and-time- again to lay egg cases on the sandy seafloor. Commercial bottom-tending fishing gears can interact with egg cases. An egg case may have “horns” and these become entangled in net webbing or are simply swept and relocated by longline gear – like pulling a hose across freshly-mowed grass. In this instance, the egg cases are likely intact, however, are re-distributed. In either case, commercial fishers prefer to avoid eggs cases, since interacting with cases costs time to “clean’ them from nets. 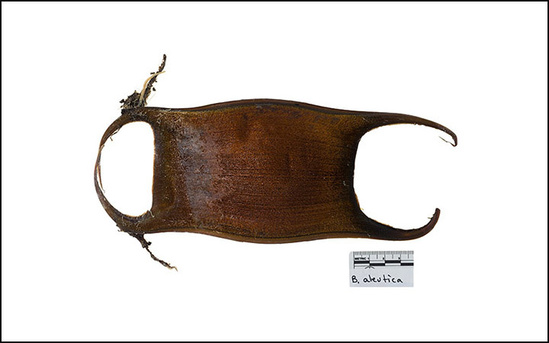 Skate egg case with "horns" that can become entangled in fishing gear.

“Skate egg cases look like little pouches made of algae, but they are made of keratin like your finger nails. These egg cases are laid in distinct locations along the upper continental slope near underwater canyons we call nurseries,” said Jerry Hoff, research fishery biologist with NOAA Fisheries’ Alaska Fisheries Science Center.

In 2015, the North Pacific Fishery Management Council designated 8 skate nurseries as habitat areas of particular concern. The designation is under the Essential Fish Habitat section of the Magnuson-Stevens Fishery Conservation and Management Act because the nurseries are ecologically important to the species. However, before any conservation measures can be developed for the skate nurseries, the Council needs more information. 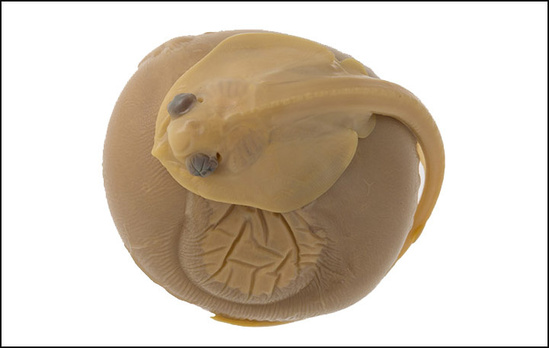 A baby skate may take up to five years to hatch in cold water.

What Makes An Area Appealing to Skates to Use As A Nursery?

On the slope, temperatures may vary by only a half a degree Celsius over an entire year, providing optimal conditions for the survival of skate embryos. In shallower waters, temperature shifts are more dramatic due to warm summers and ice covered winters. Alaskan waters are unique, as incubation is thought to be linked to water temperature. Cold waters lengthen the time needed to hatch an egg (three to five years), as compared to warmer water skate species.

Bottom currents also play a role in providing ideal skate habitat. Known nurseries are located near canyon heads. In these areas, continual water flow prevents sediments from accumulating on the egg cases, which incubate for over three-and-a-half years.

Over the past 13 years, Hoff has discovered 25 skate nursery sites for four species in Alaska waters. His work this summer will help resource managers home in on what areas are most important to skate reproduction and survival.