Not to be outdone, the Bering Sea is joining the rest of North America with a heatwave of its own. 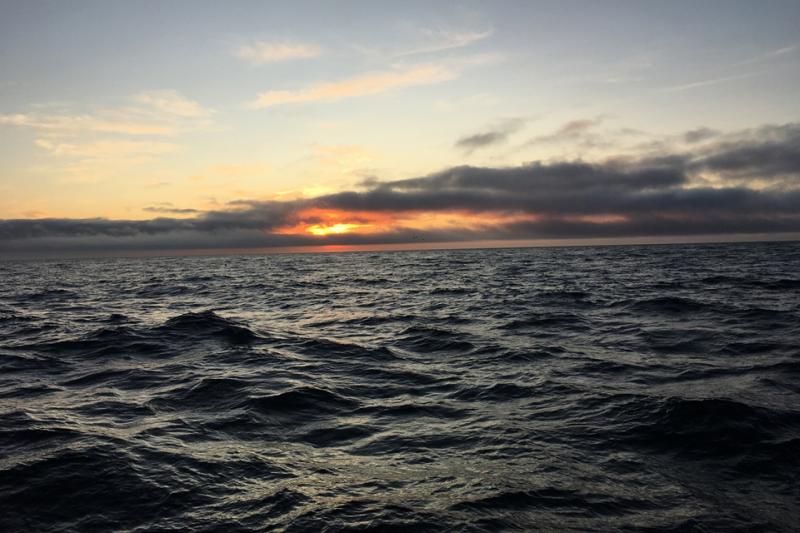 What can we learn from sea surface temperatures?

To study marine ecosystems you have to unravel a series of complex relationships among oceanography, biology, ecology, fishing, and other human activities in the marine environment. A key oceanographic factor at the foundation of many of these relationships is sea surface temperature. Sea surface and bottom temperatures affect all parts of the marine food chain. Microscopic plants and animals (i.e., plankton and zooplankton) are affected, as are the fish that eat them and subsequently, the whales, birds, and other predators that eat the fish. Ocean temperatures not only influence when and where the fish go, but also, when and where fishermen must go to catch them.

Just as humans and agriculture thrive under certain environmental conditions, the growth and health of fish also do best under certain conditions. Identifying periods of unusually warm water can help us to understand marine environments in the context of movement and survival of marine species. Marine heatwaves are a metric by which to identify unusually warm ocean conditions. We say that heatwaves occur when temperatures are greater than 90% of the historical temperatures for at least five days in a row.

We are going to provide weekly updates on sea surface temperatures via social media @NOAAFisheriesAK and via this webpage to share what we are learning about current conditions in the eastern Bering Sea, Gulf of Alaska, and Aleutian Islands this year.

As an example, the top two panels of the Bering Sea graphs include satellite-derived sea surface temperature data for the eastern and northern Bering Sea shelf (10m-200m). The northern Bering Sea area is from 60-65ºN and the eastern Bering Sea is from the AK Peninsula to 60ºN. Background grey lines include daily temperatures for each year. The daily mean temperatures from 1986-2015 are overlain in purple (adopting the convention of a mean based on the oldest 30 complete years of the time series). December data are plotted as part of the subsequent year (e.g., black 2022 line includes December 2021). We highlight the current (2022) and previous (2021) years for comparison.

The bottom two panels show marine heatwave conditions for 2022. The long term “normal” conditions are represented by the dashed line and the 2022 temperatures (corresponding to those in the top panel as well) are the solid line. Colored regions show heatwave periods and darkening colors illustrate successive intensity levels or magnitude of heatwaves. The dotted lines show the thresholds for the intensity levels, to make it easier to see how far, at any given time, the temperature is from each intensity level. For more on marine heatwaves, visit marineheatwaves.org.

We are developing regional graphs of satellite-derived SST data for the southeastern and northern Bering Sea. Similar methods were used to generate graphs for the Gulf of Alaska and Aleutian Islands regions. Daily satellite data are downloaded and aggregated for the all regions. The data come from the NOAA NESDIS STAR Coral Reef Watch program and are available back to April 1985. Data are freely available and can be downloaded or visualized from the Coastwatch Program West Coast node. The processed data are available by contacting Jordan Watson.

Heatwave calculations were performed using the heatwaveR package. The full R code for creating these figures is available on Github.