Toxoplasmosis is the leading disease-causing mortality for Hawaiian monk seals. 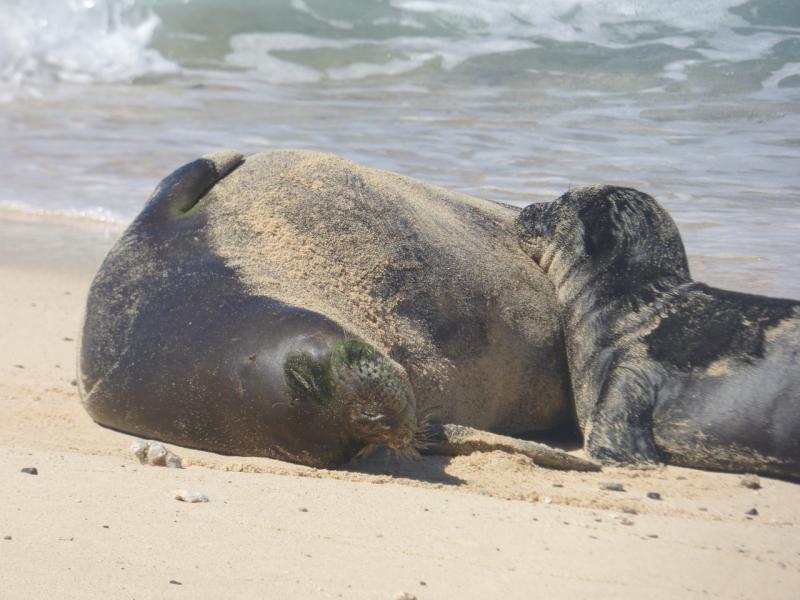 We have some unfortunate diagnostic findings regarding the three monk seals that were found dead on Oʻahu from May 15–17, 2018. Extensive tests showed that all three seals (two adult females, RK60 and RT10, and one unborn female pup) died of toxoplasmosis, a disease that causes multiple organ dysfunction and failure. The tests revealed no signs of other illness, toxicity, or trauma and determined that toxoplasmosis was directly responsible for these deaths. 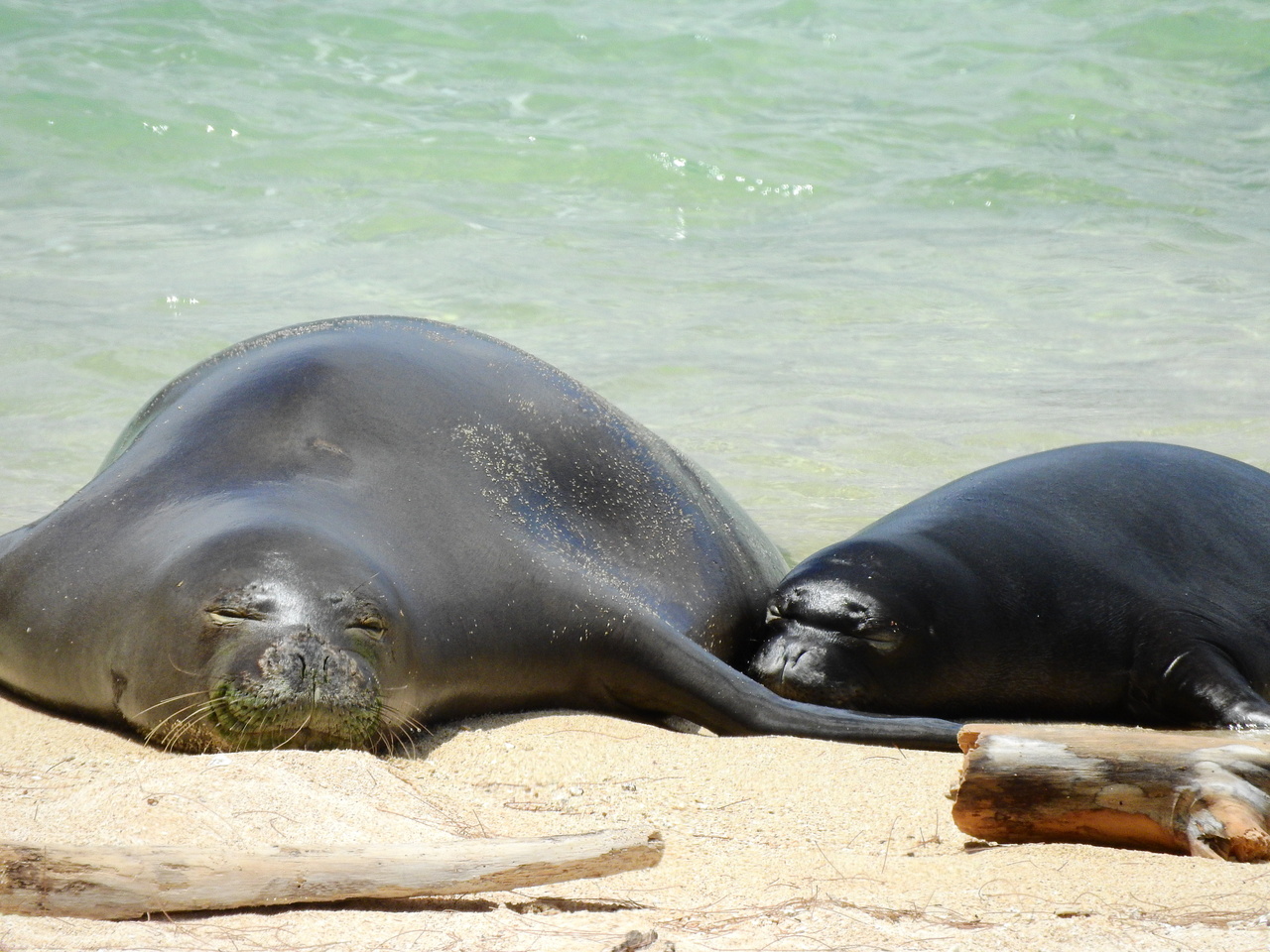 Hawaiian monk seal RT10 with her third pup on the north shore of Oahu in 2017 (Photo: NOAA Fisheries).

This brings the total known Hawaiian monk seal mortality count from toxoplasmosis to 11 (since 2001). However, the number of disease-related deaths is probably higher because more seals die each year than are found dead or are examined. Infections appear to be predominantly affecting females (8 of 11 seals). This is especially concerning—considering that the loss of one female means the loss of her future generations as well. Toxoplasmosis is now the leading disease-related cause of death for Hawaiian monk seals. 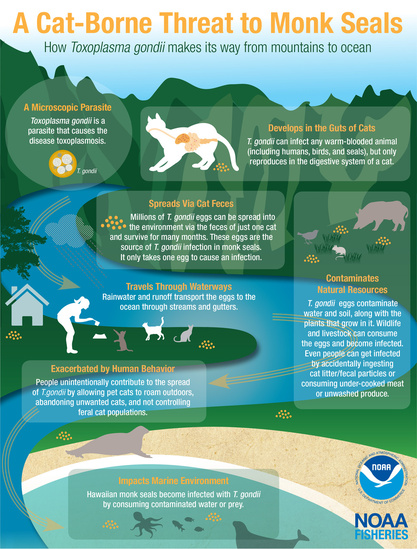 Cats play a unique and essential role in the life cycle of the parasite behind toxoplasmosis (Toxoplasma gondii). They shed the parasite eggs into the environment through their feces. Once deposited in the environment, the parasite eggs can live for months to years and are washed from land to sea, where they can infect marine mammals. In addition to harming monk seals, the cat-borne parasite also poses a threat to numerous other wildlife, domestic animals, and public health.

For more information, download the toxoplasmosis fact sheet and infographic.