The team behind the Distribution Mapping and Analysis Portal (DisMAP) has rolled out the first upgrades to the tool since its launch in spring 2022, with additional cutting-edge updates slated for 2023. 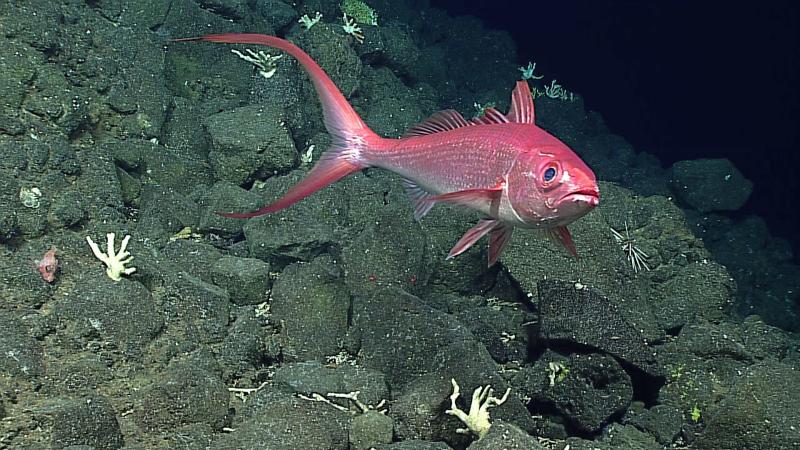 Onaga (longtail snapper or flame snapper, Etelis coruscans) can be found in the waters surrounding the Hawaiian Archipelago, and are one of the species that make up "Hawaiʻi’s Deep 7." Photo: NOAA Office of Ocean Exploration and Research

The Distribution Mapping and Analysis Portal (DisMAP) is a data visualization tool that displays changes in distribution over time for more than 900 marine species using data from surveys such as NOAA Fisheries bottom trawls. This month, DisMAP expanded to include new distribution maps for seven Hawaiian bottomfish species collectively known as the Deep 7 bottomfish complex.

Bottomfish have been targeted for hundreds of years throughout the Hawaiian archipelago by Native Hawaiians. They have been under a federal fishery management plan since 1986, and represent some of the most culturally important and highly valued fish species in Hawaiʻi. The Deep 7 bottomfish complex, which includes six snapper species and one grouper, is made up of:

While many other marine species are assessed using NOAA Fisheries bottom trawl surveys, the Deep 7 are monitored by the Bottomfish Fishery-Independent Survey in Hawaiʻi, or BFISH. Established in 2016, the BFISH survey is conducted annually from August to October. It estimates the abundance, distribution, and size of Hawaiʻi’s Deep 7 species around all eight of the main Hawaiian Islands. The survey is a collaborative effort between researchers from NOAA’s Pacific Islands Fisheries Science Center and local cooperative research fishers. It is carried out using two survey methods:

Because DisMAP was previously limited to displaying data from bottom trawl surveys, this meant that species not included in these surveys—such as the Deep 7 bottomfish—could not be displayed in the portal. Tapping into additional datasets from surveys like BFISH magnifies DisMAP’s capabilities and expands access to distribution information for even more species.

DisMAP Project Lead Melissa Karp emphasizes what an achievement this update is for her team. The use of a new dataset like BFISH is a promising marker of DisMAP’s potential to become an even more powerful tool. “This update is exciting because it not only demonstrates DisMAP’s capacity to include non-trawl datasets, but also because it represents the first data from the central Pacific and the first time the distributions of Hawaiʻi’s bottomfish have been made widely accessible to explore,” Karp says.

The portal has been exceptionally well received by stakeholders such as fisheries scientists and policymakers, who can use it to help support decision-making and inform current and future research. The inclusion of the Deep 7 bottomfish complex in the portal marks a significant milestone for the DisMAP team, who have big aspirations for future additional features. They plan to roll out more updates to the portal throughout 2023, including updates to the user interface, new years of data for all surveys, and tools for investigating species shifts and human interactions.

Want to explore the DisMAP portal for yourself? Launch the portal and type in one of the common or scientific names into the “Select Species” search bar to explore the distributions of the Hawaiʻi Deep 7!

Last updated by Office of Science and Technology on January 24, 2023 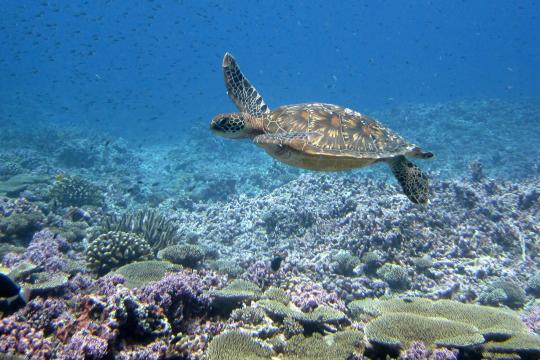