In celebration of our 150th anniversary, we take a look at the extraordinary life of a real-life phoenix—Russian immigrant scientist Eugenia Galtsoff. She led a life of survival and fortitude.

Like a phoenix from the ashes, she arose. Eugenia Galtsoff’s life of privilege wasn’t without challenges and hardships. Born upper-middle class in Moscow, Russia, Eugenia’s early years were rich with the advantages afforded affluent Victorian Europeans. That began to wane with the death of her father when she was just 10 years old. By the time she was pursuing higher education, political and social turmoil was erupting throughout Russia. Revolutions, World War I, and the Russian Civil War culminated into a perfect storm. Eugenia and her scientist husband, Paul S. Galtsoff, were forced to flee Russia and immigrate to the United States. Starting a new life in a country very different from their own had its struggles and uncertainty, but Eugenia and Paul persevered. It was with mythological strength and fortitude that they both rose up to make great contributions to science, creating a successful life more than 5,000 miles away from their homeland.

This year marks NOAA Fisheries’ 150th anniversary. We’re taking a look back at some of the notable women scientists who made amazing contributions to the Northeast Fisheries Science Center and its research. Eugenia Galtsoff's work helped further what we know about our region’s marine life. This is her phoenix story. 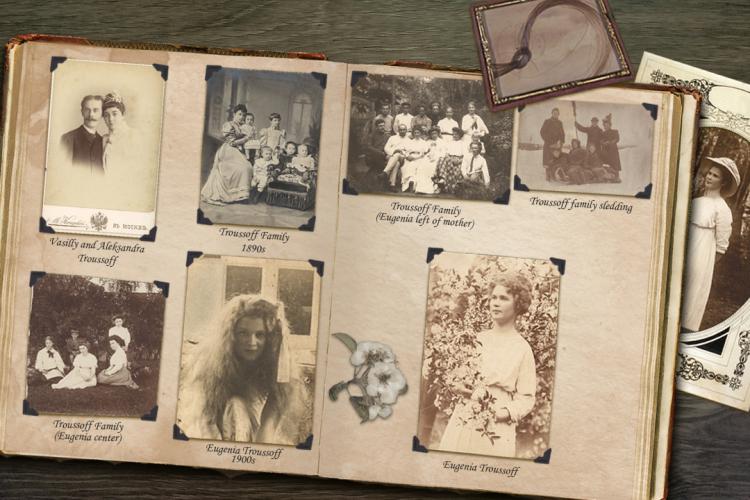 Eugenia Galtsoff was born Eugenia Troussoff on September 29, 1883, in Moscow, Russia. Eugenia was the eldest of five children born to Vasilly and Aleksandra Troussoff. Unfortunately, Vasilly died when Eugenia was just 10 years old. Aleksandra had a difficult relationship with Vasilly’s family and after his death they left her with little money to raise and educate her five children. Education was very important to Aleksandra. To fund her children’s education she took work as a seamstress in Moscow. This allowed Eugenia to go on to higher learning and in 1911, she graduated from the Empress’ Mary College for Girls in Moscow. 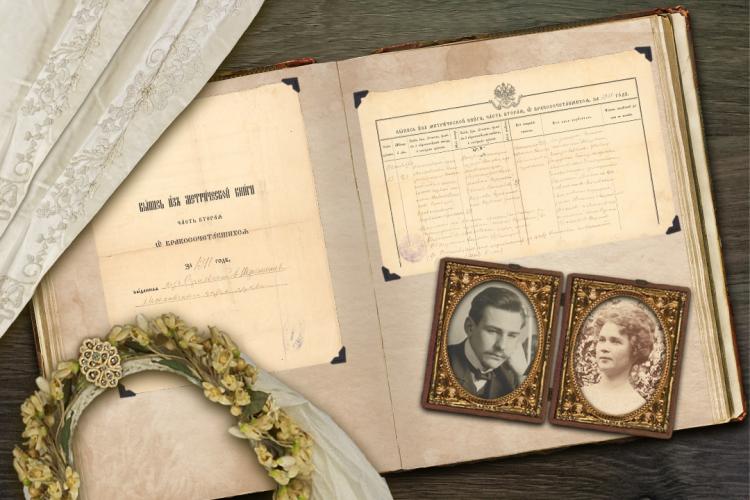 After Eugenia’s graduation in 1911, she pursued postgraduate studies in Moscow, likely at the Imperial Moscow University. Her coursework focused on biology, zoology, and histology. Paul Simon Galtsoff graduated from the Imperial Moscow University in 1910, majoring in both chemistry and zoology. The two must have traveled in similar circles given their educational focus and social standing in Moscow. It’s clear they became romantically involved and on November 5, 1911 (new style), they got married. Their Russian Orthodox ceremony took place at the Church of St. Sergius on the Sheremetev family estate. The Sheremetev family was one of the wealthiest and most influential noble families in Russia, and their estate was located in a small village called Sheremetevo just outside Moscow.

When they married, Paul was a research fellow for the university. This soon led to a senior zoologist position with the Imperial St. Petersburg Academy of Sciences. In early 1914, Paul was appointed director of the prominent Sevastopol Biological Station located on the Black Sea in Crimea, Russia. At or around the time of his appointment, the station hired Eugenia as its librarian. But that all ended on August 1, 1914, when Germany declared war on Russia.

Historical Context: Russia Before and During World War I 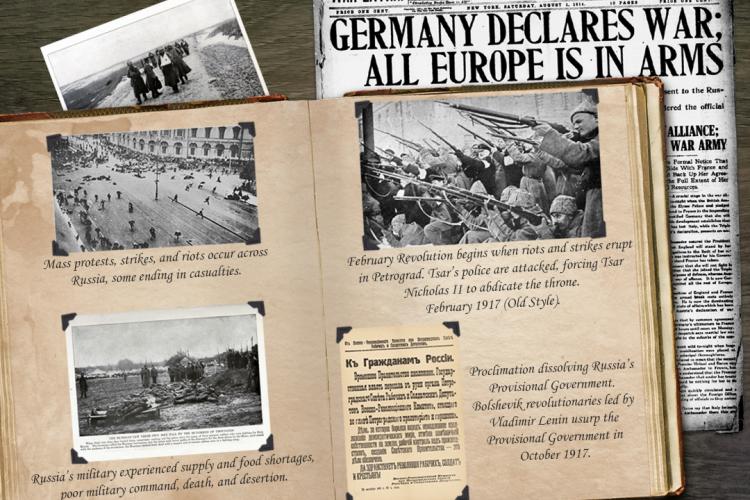 Before World War I

The political and social landscape in Russia was tenuous at best. The Russian Revolution of 1905, also called the First Russian Revolution, was a huge wave of political and social unrest that made its way across the entire Russian Empire. Some of it was directed at the government through worker strikes, peasant unrest, and military mutinies. Blood was shed. These events would set the stage for later revolutions in Russia.

During World War I

The Russian military was running out of resources and experienced serious defeats within the first year of the war. Between July and September 1915, the Stavka ordered the Russian military to withdraw from the Eastern Front. Russia’s Tsar Nicholas II was disgusted by this and assumed command of the Royal Imperial Army.

The people of Russia experienced food and fuel shortages and inflation, leading to more worker strikes, street demonstrations, and other forms of social unrest. The military experienced more supply shortages as well as food shortages, poor military command, death, and desertion. Military personnel started to join the strikes against Russian police. It became clear that Russia was on the cusp of a civil war. Tsar Nicholas II was warned that his own army wouldn't support him against a revolution.

The week-long February Revolution in 1917 was a tipping point in Russia. It resulted in Tsar Nicholas II abdicating the throne, ending the Romanov dynasty and Russian Imperial Rule. An internationally recognized Provisional Government formed and ultimately failed during the October Revolution in 1917. This revolution was led by Bolshevik leader Vladimir Ilyich Ulyanov, better known as Lenin. By now the Imperial Russian Army was crumbling. The Bolsheviks stormed and captured the Tsar’s Winter Palace and established the world’s first socialist state.

Eugenia During World War I 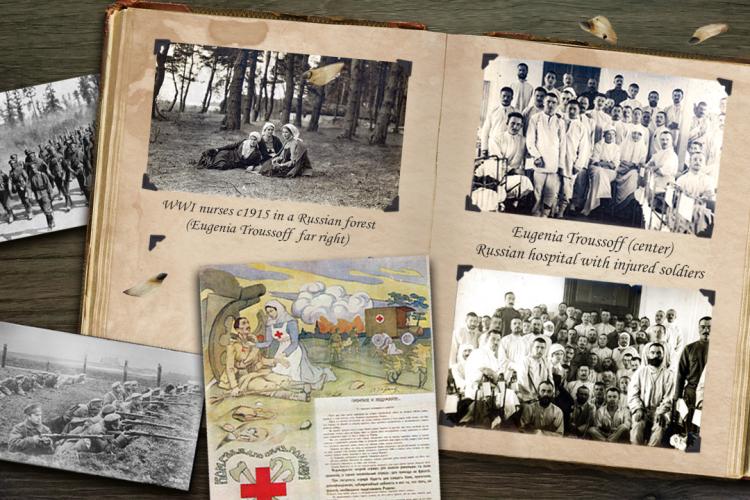 When Russia entered World War I, Paul joined the Russian Imperial Army. Eugenia did what most women of that time did—she trained to become a Red Cross nurse. She treated the sick and wounded at the fighting front and was later awarded a medal for her nursing work during the war.

Eugenia and Paul After World War I 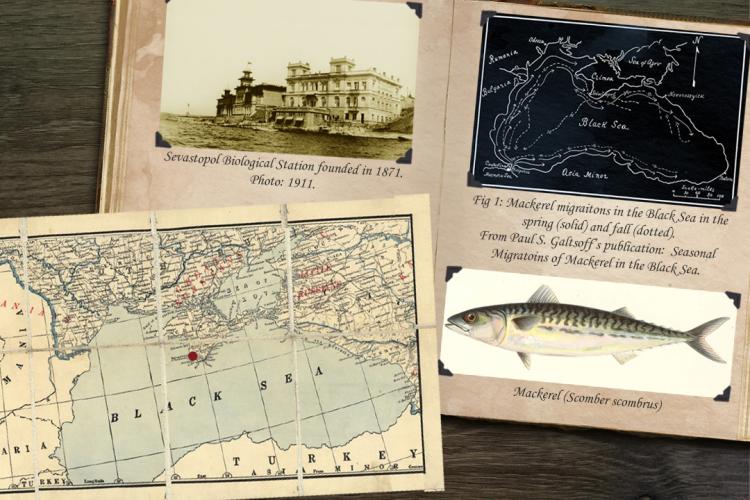 Eugenia and Paul reunited. They started the next chapter of their lives in 1917 when Paul resumed his duties as director of the Sevastopol Biological Station. She resumed her work as librarian. She also was involved in marine research and her work included studies focused on regeneration in marine sponges. While Eugenia, Paul, and other station scientists were getting their feet wet conducting marine research, bloody political and social struggles continued in Russia. In the fall of 1920, it was at their doorstep. It had them and many others in the Crimean Peninsula fleeing for their lives. Because of the magnitude, it was called The Great Exodus. 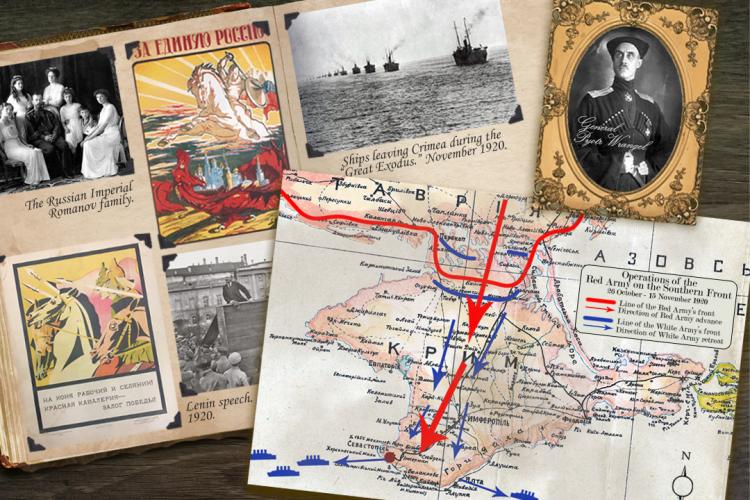 Lenin led the Council of People’s Commissars and formed the Red Army in January 1918. In that same month, the White Army—a loose confederation of anti-communist forces fighting against communist Bolsheviks—formed. In March, Russia exited World War I to focus on its revolutions and political and social struggles. In July, the Bolshevik revolutionaries executed the entire Russian Imperial Romanov family and began the Red Terror—a short but violent campaign of political repressions and executions. In 1919, corruption, revolts, and infighting plagued the White Army. Their grip on the Southern Front was slipping. In April 1920, General Pyotr N. Wrangel folded the remains of the White Army into his Russian Army. By November the Bolsheviks pushed into the last White stronghold—Crimea. Unable to turn things around, General Wrangel issued an evacuation notice on November 11, 1920. Military and citizens were told they had 4 days to evacuate or face the Red Army. Many left nearly everything behind and never to return, including Eugenia and Paul.

Dive deeper to read General Wrangel’s telegram to the Crimean people announcing the evacuation and its impacts as well as the Constantinople High Commissioner’s telegram to the U.S. Secretary of State explaining the dire situation Crimean evacuees seeking refuge.

Eugenia and Paul’s Escape to the United States 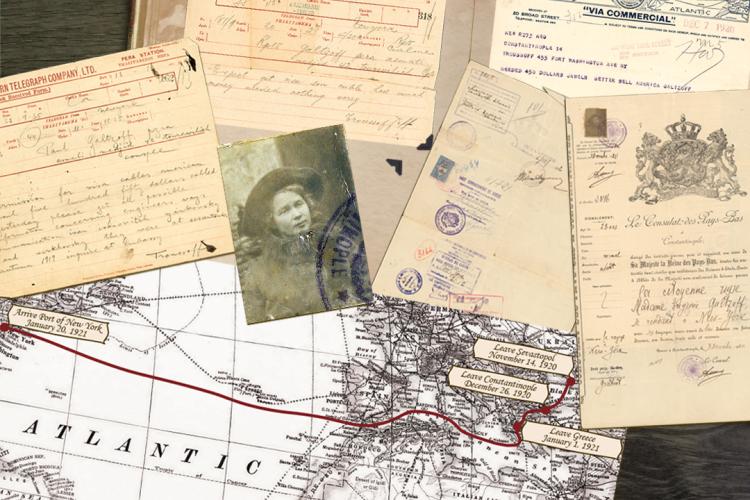 Eugenia and Paul had just days to prepare their escape from Russia—to leave their home, careers, friends, and most of their family behind. On November 14, 1920, they boarded the S.S. Modiga and traveling in the ship's hold, they sailed away from Russia never to return.

Paul documented their harrowing journey in a personal journal. They arrived in Constantinople, Turkey, on November 15. However, French officials wouldn’t let them go ashore until November 23. After securing lodging they started the process of gathering the necessary papers to obtain passports. In December, Basil Troussoff, Eugenia’s brother living in New York City, helped arrange their passports, wire money, and provide contacts for Paul and Eugenia to meet with. On December 3, the Consulate of the Netherlands issued passports for Eugenia Galtsoff and Paul Galtsoff with U.S. immigration forms attached. Four days later Paul sent a telegram to Basil asking him to sell some jewels and wire the money. After 41 days spent securing passports and money, Paul and Eugenia boarded the S.S. Andros on December 26 and headed to Greece. They arrived in Piraeus, Greece, on December 28, 1920, and on January 1, 1921, they boarded the Greek vessel Magali Hellas headed to the United States. After an agonizing 67 days and more than 5,000 miles as the crow flies, they arrived at the Port of New York on January 20, 1921. 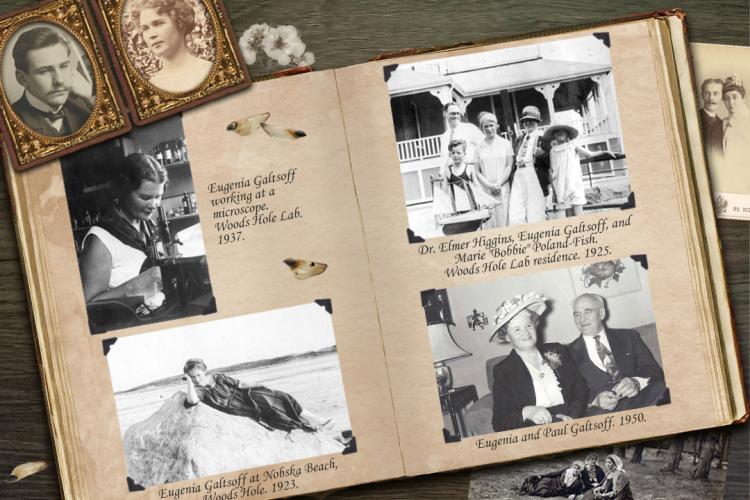 When Eugenia and Paul arrived in the United States, they stayed with Basil and his wife in New York City. Like many immigrants, they now had the difficult task of starting a new life in a foreign country with a language, customs, and culture different from their own.

Paul at Columbia University and the U.S. Bureau of Fisheries

In 1921, Dr. T. H. Morgan at Columbia University in New York City provided lab space and privileges to Paul. This allowed him to continue the sponge and amoeba research he started at the Sevastopol Biological Station. He enrolled at the university to pursue a doctoral degree in biology. While still enrolled, he was hired in December 1921 for a temporary position with the Bureau of Fisheries. He surveyed the shellfish, fish, and plankton of the upper Mississippi River following the construction of the Keokuk Dam in Iowa. The Bureau’s Commissioner took notice of Paul’s work. In 1923, they offered him a permanent position serving as naturalist aboard the Bureau’s research vessel Albatross homeported in Woods Hole, Massachusetts.

At the time, the Bureau’s Woods Hole Lab typically operated as a summer research facility. It was a place for federal and academic scientists to conduct their research while universities were on summer break. Eugenia and Paul lived in Chevy Chase, Maryland, a suburb of Washington D.C. and near the Bureau’s headquarters, for most of the year. They spent their summers in Woods Hole engaged in field and lab experiments.

Eugenia at George Washington University and the Bureau of Fisheries

Between 1926 and 1942, Eugenia was employed by George Washington University in Washington D.C. She spent her first year working as a histology assistant and her remaining years as a zoology lab assistant. While employed by George Washington University, she worked on various kinds of research, some with her husband Paul. The summer of 1924 and 1925 she and Paul worked on sponge regeneration and dedifferentiation—a biological process where cells regress from a specialized function to a simpler one. In the summer of 1927, the Bureau hired Eugenia as a librarian assistant. The following summer she worked with Paul on a series of experiments studying the origin of cancerous tumors using oyster toadfish embryos.

Great Depression and the War Years

In 1929, the Great Depression hit, severely impacting scientific research at the lab for almost a decade. Things were so bad during that time that the Woods Hole Lab was almost permanently closed. In 1941, the U.S. Navy took control of the lab for its needs related to World War II. At the time Paul served as a temporary director for the lab. Later he would be formally appointed director. In 1944, the Navy returned control of the lab.

On September 14, a category 4 hurricane called “The Great Atlantic Hurricane of 1944” ripped through Woods Hole, damaging most of the lab’s buildings. Repairs would take 3 years, severely impacting the lab’s research programs. Once repairs were complete, the lab was opened for research again.

In 1949, Eugenia conducted the cytology work needed for Paul’s shellfish research. She also contributed to 10 of the 18 chapters of Paul’s most notable publication: The American Oyster Crassostrea Virginica Gmelin (1964). She performed the histology work for chapters 5 to 14. Histology is a branch of biology which studies the microscopic anatomy of biological tissues. For Paul’s book, she analyzed the following microscopic parts of the oyster:

We thank the following for contributing information, images, and other digital media for this web feature: