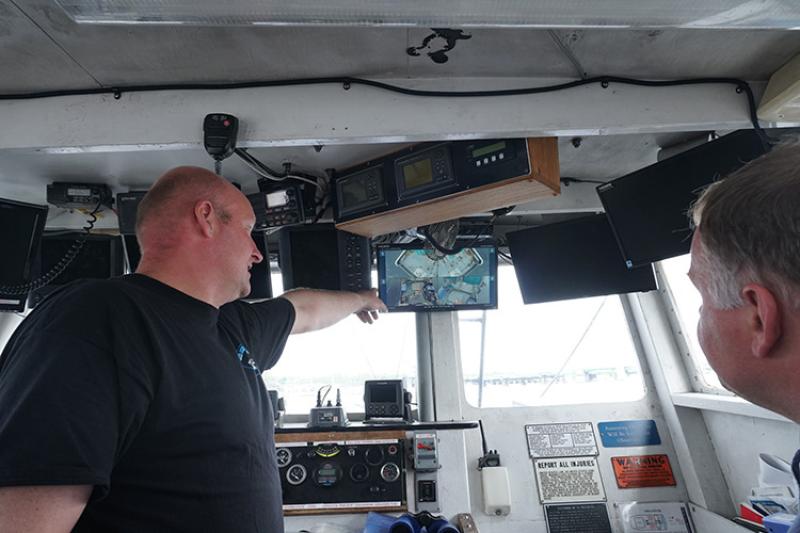 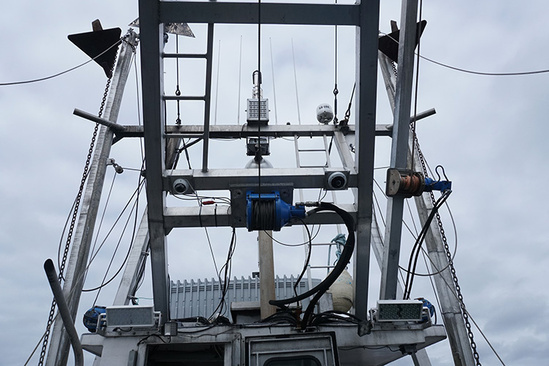 When I met Ford on his boat on a foggy May morning, he showed me the equipment he uses. In the wheelhouse, there’s a monitor with a four-way split screen that shows him the feed from the four cameras on his boat. In order to record all of the catch coming onboard, two cameras are positioned above the trawl net off the back of his boat. Two are above the deck to give a bird’s eye perspective.

Ford participates in what is called a “maximized retention program.” This means that Ford is required to keep all of his groundfish catch, with a few exceptions, regardless of whether it is undersized or has no value. This provides complete catch information for scientists, since Ford brings in the fish he would normally have thrown back to sea.

As part of this program, a dockside monitor meets Ford at the dock to witness his offload, verify his catch information, and confirm that the fish hold is empty. Ford likes that cameras discourage people from trying to cheat the system, which creates a level playing field. Ford believes cameras could eventually meet monitoring requirements, reducing the need for human dockside monitoring.

When using EM, Ford has his cameras turned on for the duration of his trip, which means that his catch is fully counted. If not using EM, groundfish vessels are required to carry observers on approximately 30 percent of all groundfish trips in 2019. Ford likes that electronic monitoring gives him more privacy than carrying a human observer—there are no cameras in the wheelhouse or the cabin. When they’re not fishing, Ford and his crew are more relaxed. Having an extra person on board changes the dynamic on the boat.

“The rest of the world uses electronic monitoring,” he says. “New England is just getting up to speed.”' 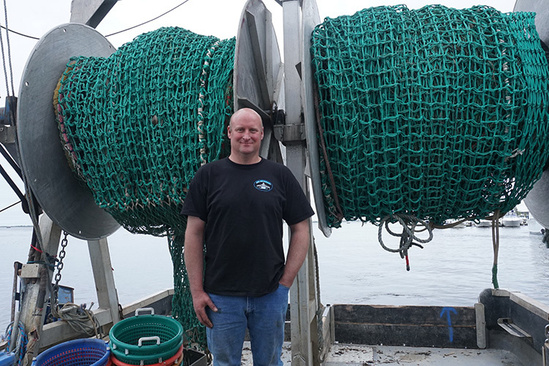 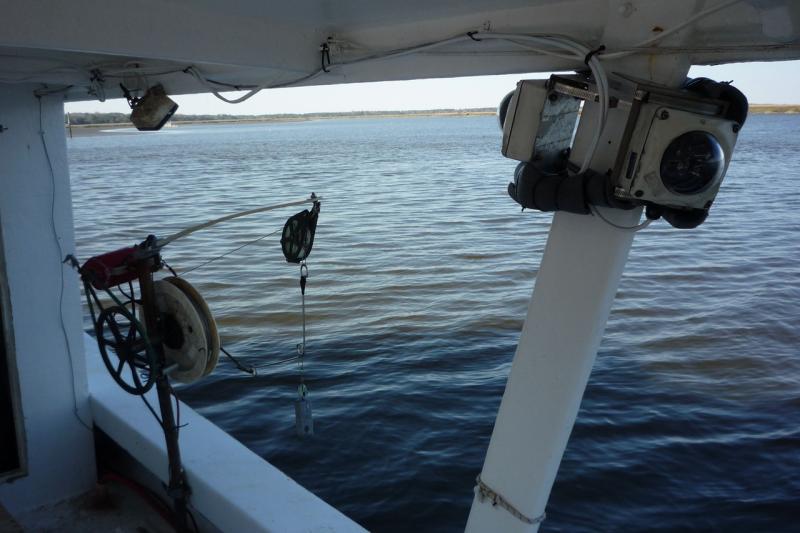