An Alabama resident has now paid a $1,500 summary settlement for touching a Hawaiian monk seal and harassing a sea turtle on the island of KauaÊ»i in HawaiÊ»i.

The man, who was vacationing on KauaÊ»i in fall 2017, posted videos of his interactions with

An Alabama resident has now paid a $1,500 summary settlement for touching a Hawaiian monk seal and harassing a sea turtle on the island of Kauaʻi in Hawaiʻi.

The man, who was vacationing on Kauaʻi in fall 2017, posted videos of his interactions with the animals on Instagram, a popular social media platform for sharing photos and videos. An officer with NOAA’s Office of Law Enforcement (OLE) in Hawaiʻi used the man's social media presence to identify his home address, issue the penalty, and educate him about the federal statutes protecting marine wildlife.

Hawaiian monk seals and all species of sea turtles in U.S. waters are listed as either threatened or endangered under the Endangered Species Act, or ESA. Hawaiian monk seals, along with all dolphins and whales, are also protected under the Marine Mammal Protection Act (MMPA). Actions that may harass, harm, pursue, capture, injure, or kill the animals may be punishable through fines or jail time.

"Violations are usually the result of things like tourists wanting to get a good, close picture with a seal or a thrill seeker trying to get a rush," Kurtz says. "But it's really frustrating when you see people harass these animals."

To view protected marine wildlife responsibly, follow NOAA Fisheries’ Marine Wildlife Viewing Guidelines and stay back at a respectful distance of 10 feet for sea turtles, 50 feet for seals, 50 yards for dolphins and small whales, and 100 yards for humpback whales.

If you do witness a potential marine animal ESA or MMPA violation in Hawaiʻi, call NOAA OLE at 1-800-853-1964. Email photos or videos to RespectWildlife@noaa.gov. To report general marine animal emergencies, call NOAA's statewide reporting number at 1-888-256-9840.

Though both Hawaiian monk seals and sea turtles should only be viewed from a safe, respectful distance, the man's interaction with the monk seal is especially alarming to NOAA considering that there are only 1,400 of the seals left in the wild and the interaction could have become life threatening.

In his Instagram video, the man walks up to a seal sleeping on Poʻipū Beach, Kauaʻi at night and strokes it with his hand. The startled seal quickly turns around toward its harasser, causing the man to run away.

As he vacates the beach, the man’s camera pans over a sign from NOAA and the state that urges beachgoers to maintain a safe distance and encourages compliance with marine wildlife laws.

"Even if they are sleeping and seem harmless, Hawaiian monk seals are still wild animals and they can act unpredictably," Kurtz says. "The seal could have lunged at him."

The violator used multiple hashtags in his caption of the video. One hashtag in particular – #monkseals — caught the attention of NOAA's Hawaiian Monk Seal Research Program, which alerted the video to Kurtz who then sent it to OLE.

The OLE officer on the case, seeking to learn more about the seal, reached out to Jamie Thomton, Kauaʻi coordinator of the NOAA Fisheries Marine Mammal Response Program.

The response program, with help from dedicated volunteers and partners such as Hawaiʻi Marine Animal Response, Ke Kai Ola, and the Hawaiʻi Department of Land and Natural Resources' Division of Aquatic Resources, keeps track of monk seals spotted on beaches throughout the main Hawaiian Islands. The volunteer network acts quickly to put up signage alerting everyone to the presence of monk seals, while maintaining a presence on beaches to educate the public about the endangered species.

He found another problematic video, in which the man aggressively pursued a sea turtle for an extended period while snorkeling at Poʻipū, an act that's illegal under the ESA.

The OLE officer reached out to the man to issue him penalties for harassing the monk seal and sea turtle. The man was cooperative and, after the officer explained the relevant laws, the man understood that what he did was wrong. He accepted responsibility for his actions and paid the $1,500 fine.

"Stay behind any barriers or signs and follow the 'rule of thumb' to determine how much space to give monk seals," Kurtz says, referring to the practice of making a “thumbs-up” gesture and extending your arm out straight in front of you, with your thumb parallel to the ground. If your thumb covers the entire seal, you are far enough away.

"I'd also remind people that whether you post such videos or not, others are watching," says Hawaiian monk seal researcher Mark Sullivan, referring to residents in Hawaiʻi who actively care for their resources and will report inappropriate behavior towards wildlife. "Harassing wildlife is very unpopular nowadays, so when in doubt, just leave the animal be." 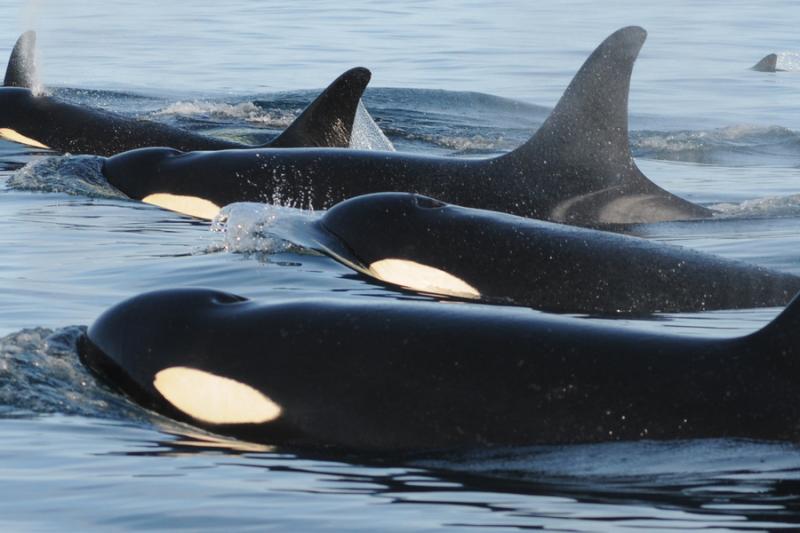