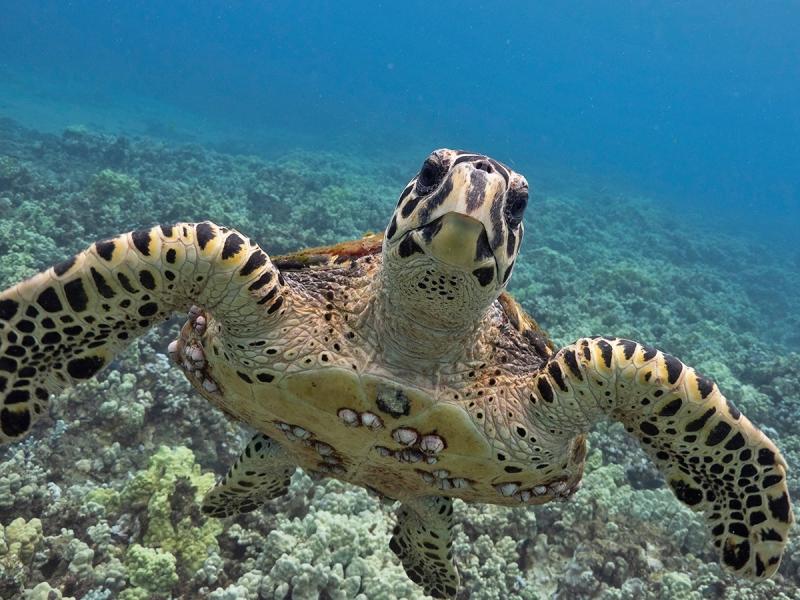 A team of NOAA researchers and collaborators recently shed light on the small population of endangered hawksbill sea turtles in Hawaiʻi. Their study revealed that most Hawaiian hawksbills spend their entire lives within the archipelago, making them true Hawaiʻi locals. The study also revealed that long ago, Hawaiʻi likely served as a “stepping stone” for hawksbills to colonize other parts of the Pacific Ocean.

Most baby sea turtles emerge from their nests and travel long distances across the open ocean to settle in nearshore feeding habitats as young juveniles. There, they continue to feed and grow. Turtles from many different parts of the world can dwell in a single feeding habitat. But when they reach sexual maturity, the females return to the nesting beach where they hatched to lay nests of their own. After several generations of the same migration pattern, a nesting population can become genetically unique. 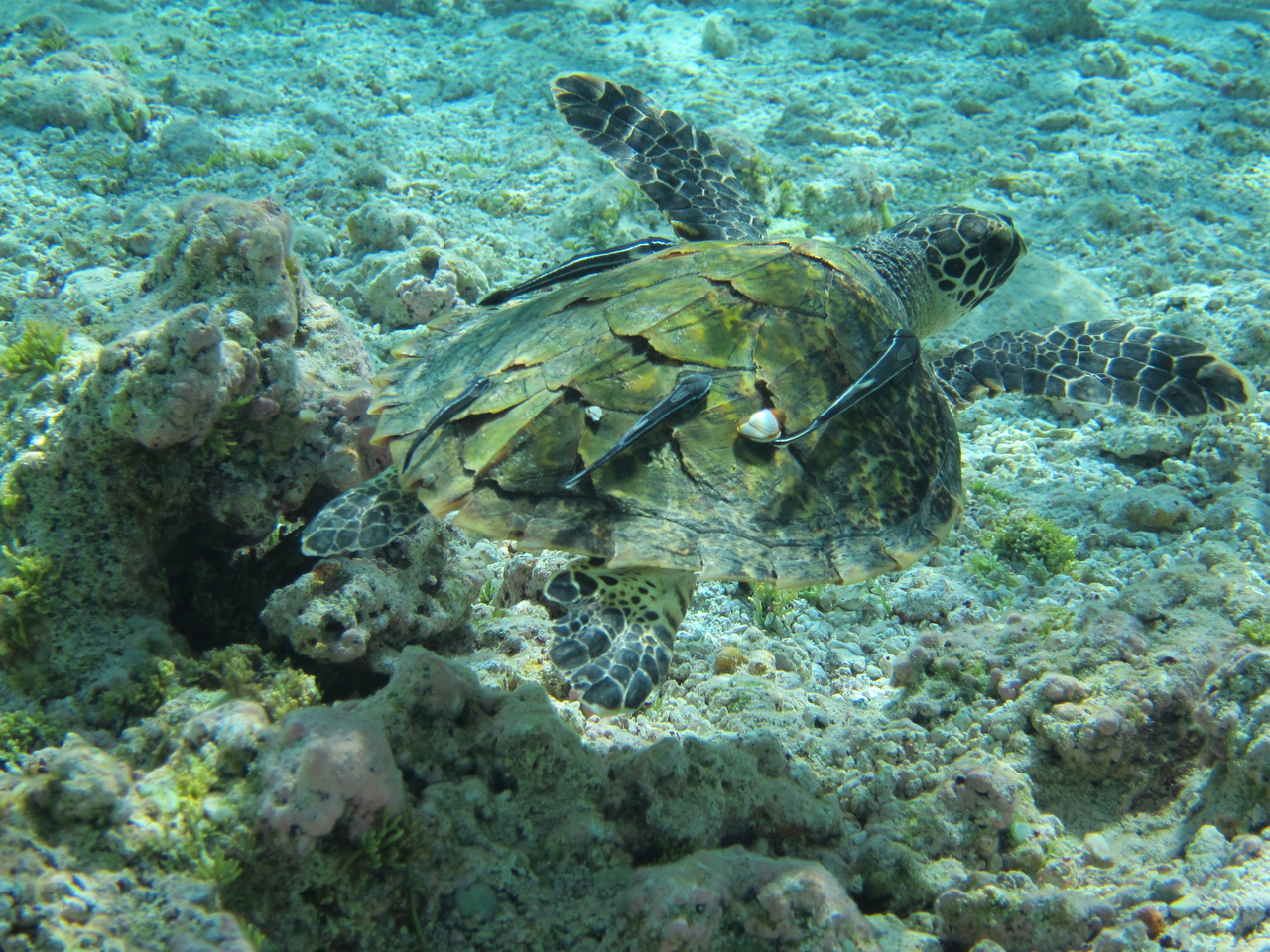 The endangered hawksbill sea turtle, or “Honuʻea” in Hawaiian, lives and feeds in the nearshore waters around the Hawaiian Archipelago. They particularly like areas of healthy coral reefs, where their narrow beaks enable them to access sponges—one of their favorite food items. Hawksbills are very rare in Hawaiʻi compared to the green sea turtle (or “Honu” in Hawaiian), which outnumber hawksbills by about 100 to one. Needless to say, seeing a hawksbill turtle is as much a privilege as it is a wonder. We see fewer than 15 females nesting annually across the entire archipelago. In fact, this may be one of the smallest nesting sea turtle populations in the world.

Genetic Characterization of Hawksbills in Hawaiʻi

This can be good news for wildlife managers because conserving species that migrate across international borders can be complicated. However, being strictly local to Hawaiʻi, hawksbills may be particularly vulnerable to local threats. It is important to protect the species throughout the archipelago and learn more about their conservation needs. 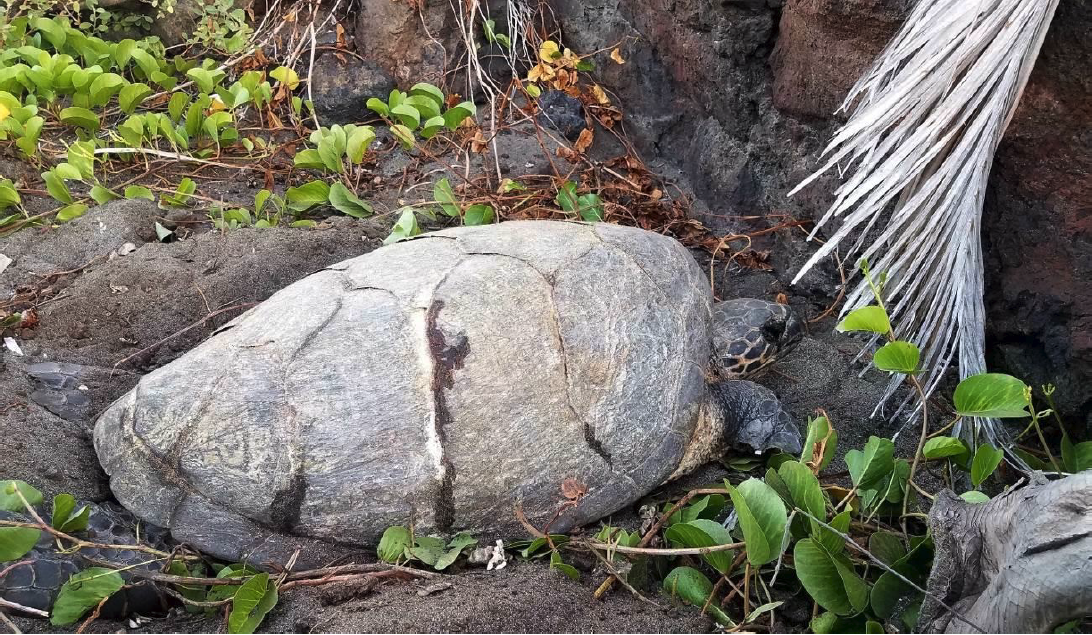 Hawaiian Hawksbills Across the Pacific

There is still a lot to learn about Hawaiian hawksbills. Although we have identified several important nesting and feeding areas around the archipelago, evidence suggests that additional nesting and foraging areas have yet to be discovered. We want to know where these areas are located, how many hawksbill sea turtles use them, and what threats may exist. These crucial questions all need to be answered to ensure survival of the Hawaiian hawksbill population.

NOAA will continue to work with local partners and communities to answer these questions and ensure these local Hawaiʻi hawksbills remain part of our collective community for future generations.

For additional information on this story, contact Dr. Alexander Gaos. All photos taken under permit.