Investigating the Effects of Ocean Acidification on Atlantic Sea Scallops

Collaborative study looks at potential risks to this valuable fishery. 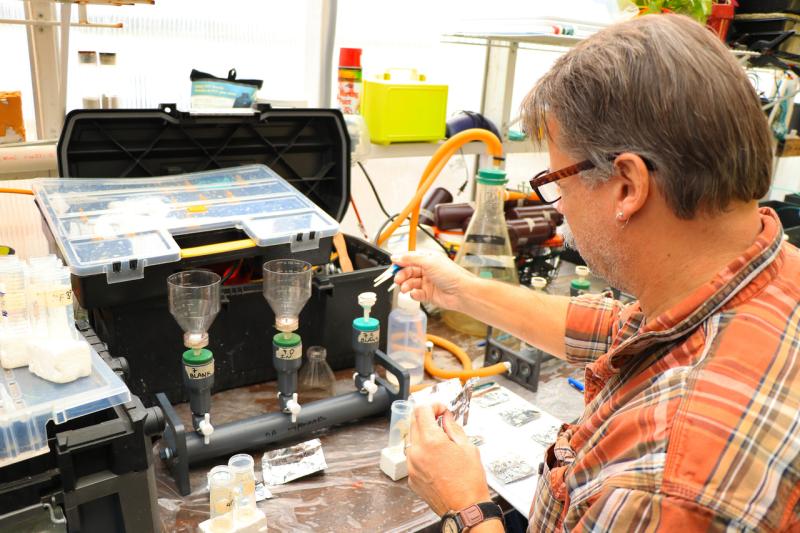 Modeling studies have projected the effects of ocean acidification on the sea scallop fishery, but these analyses depended on data collected from other shellfish species. “Research is beginning to show that shellfish have species-dependent responses to ocean acidification. This experiment will give more definitive results that can be used to determine the effects on the fishery,” explained research chemist Matt Poach.

Partnering with the Massachusetts Maritime Academy 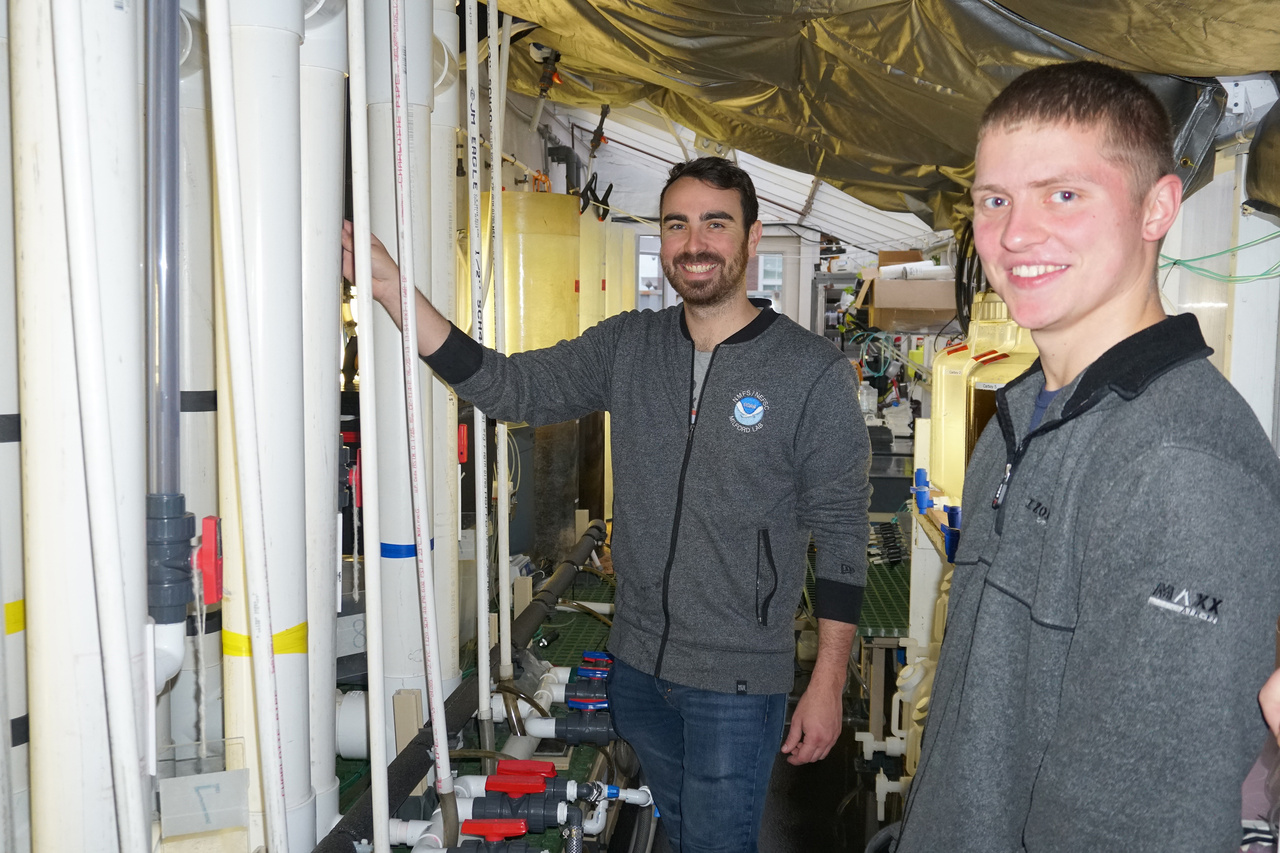 The project required coordination between NOAA’s Milford Lab and the Academy, including many trips shuttling people, samples, and algal cultures between Cape Cod and Connecticut. Students at the Academy—called cadets—cared for the animals, grew algae to supplement their diet, and took frequent water samples.

While the research team conducted similar experiments on surfclams and oysters at the Milford Lab, raising sea scallops requires cooler temperatures and oceanic, rather than estuarine, conditions.

"The location of the Academy on Buzzards Bay was ideal for sea scallop experiments because of the availability of pumped, unfiltered seawater in the right temperature and salinity range,” noted Milford Lab Director Gary Wikfors.

The lab sits by the dock, in the shadow of the training vessel TS Kennedy. “The Aquaculture and Marine Sciences Laboratory is a surprisingly adaptable space for hard science,” observed Professor William Hubbard, who headed up the partnership for the Academy. “Seawater, electricity, aging pipes, and New England weather challenge the lab, but NOAA easily installed their customized system and it runs well.” 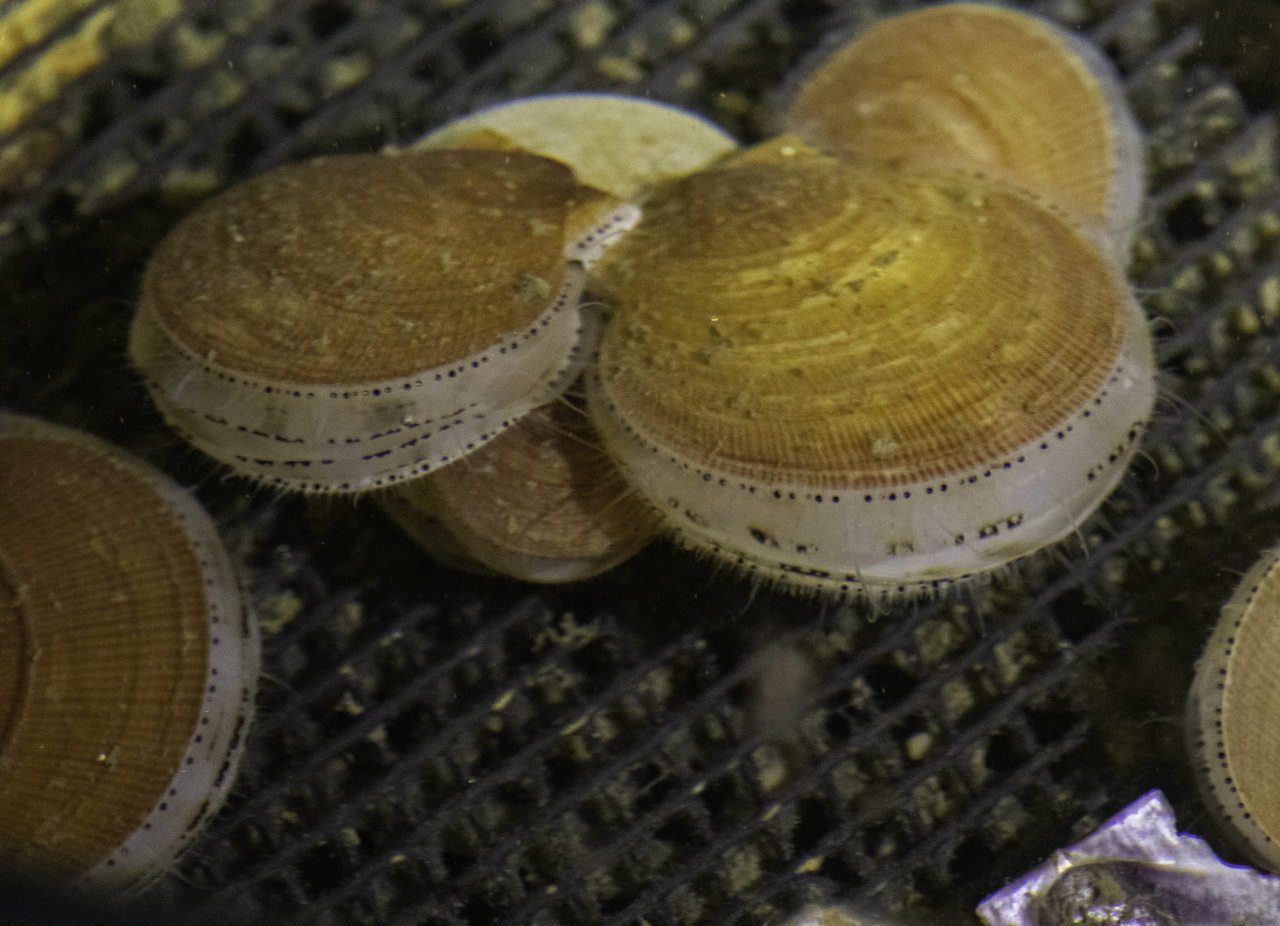 As human activities continue to emit carbon dioxide, the ocean absorbs about a quarter of it. Since the industrial revolution began, this has translated to a 30 percent increase in the acidity of surface ocean water.

In a more acidic ocean, the shell is more likely to dissolve even as it is being built. If the energy required for shell maintenance increases, scallops may have less energy available for growth and reproduction. This could cause the fishery to decline.

This research was funded by NOAA’s Ocean Acidification Program. The program’s Deputy Director, Dwight Gledhill, emphasized, “To better assess the risk ocean acidification may pose to the U.S. Blue Economy, it's critical that we evaluate the sensitivity and adaptive capacities of these valuable scallops.”

Sea scallops are filter feeders, feeding on algae captured from the water passing over their gills. They produce two types of solid waste: feces, or undigested food, and pseudofeces, strings of particles rejected by the animal. 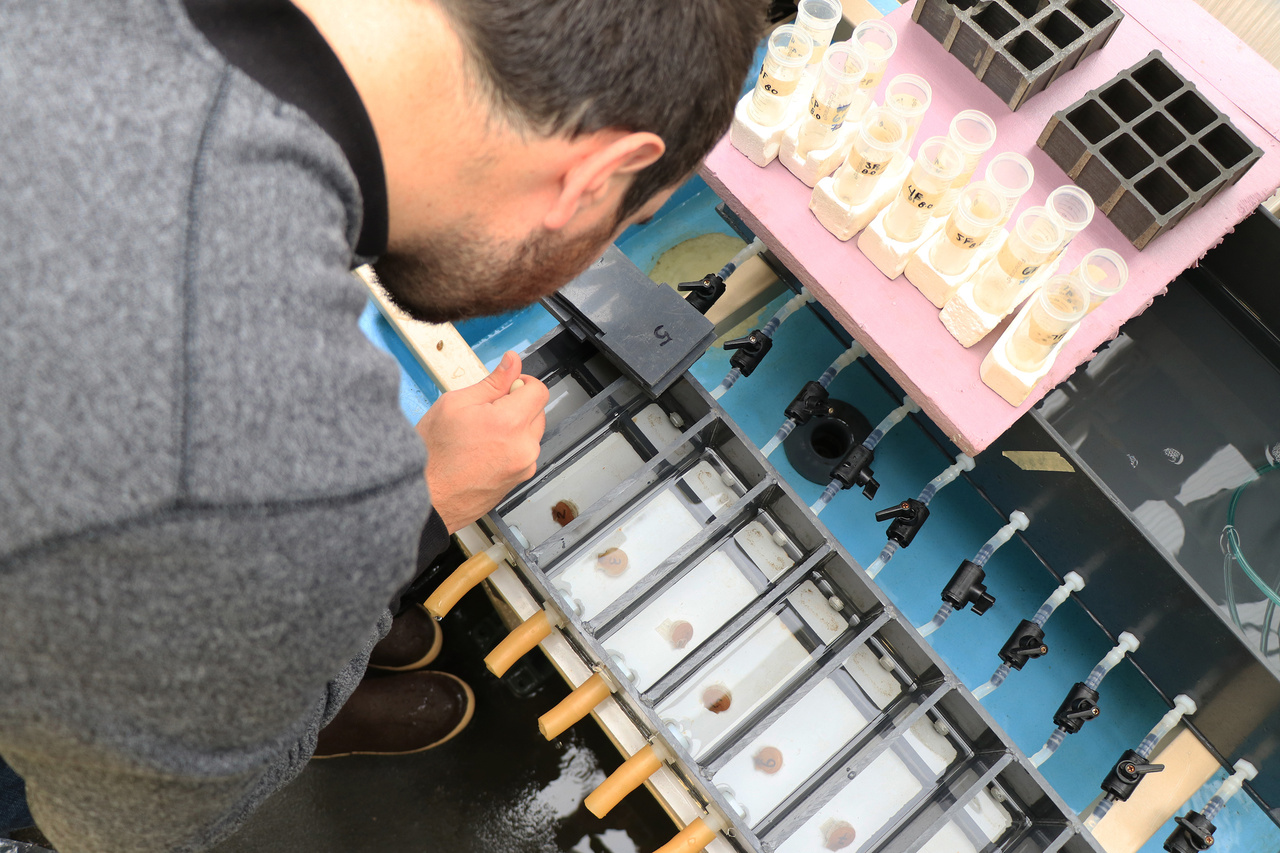 Juvenile sea scallops in flow through chambers during a biodeposition experiment.

During these experiments, scientists placed individual scallops in chambers with flowing seawater to monitor how much food each took up, absorbed, and rejected. To measure filtration and food uptake, scientists sampled the water flowing in and out of each chamber. They also carefully collected the densely-packed feces and more diffuse pseudofeces with pipettes, an important task affectionately called “picking poop.”

Research technician Mark Dixon filtered water samples. The filters and their contents would be combusted and weighed at the Milford Lab to calculate filtration and food uptake rates. A scallop-shucking team assembled to measure the biomass of each scallop.

Once all samples are processed, National Research Council Postdoctoral Scholar Emilien Pousse will apply the data from this experiment to a Dynamic Energy Budget model. That model will provide insight into how sea scallops respond to ocean acidification beyond the eight-week experimental timeframe. 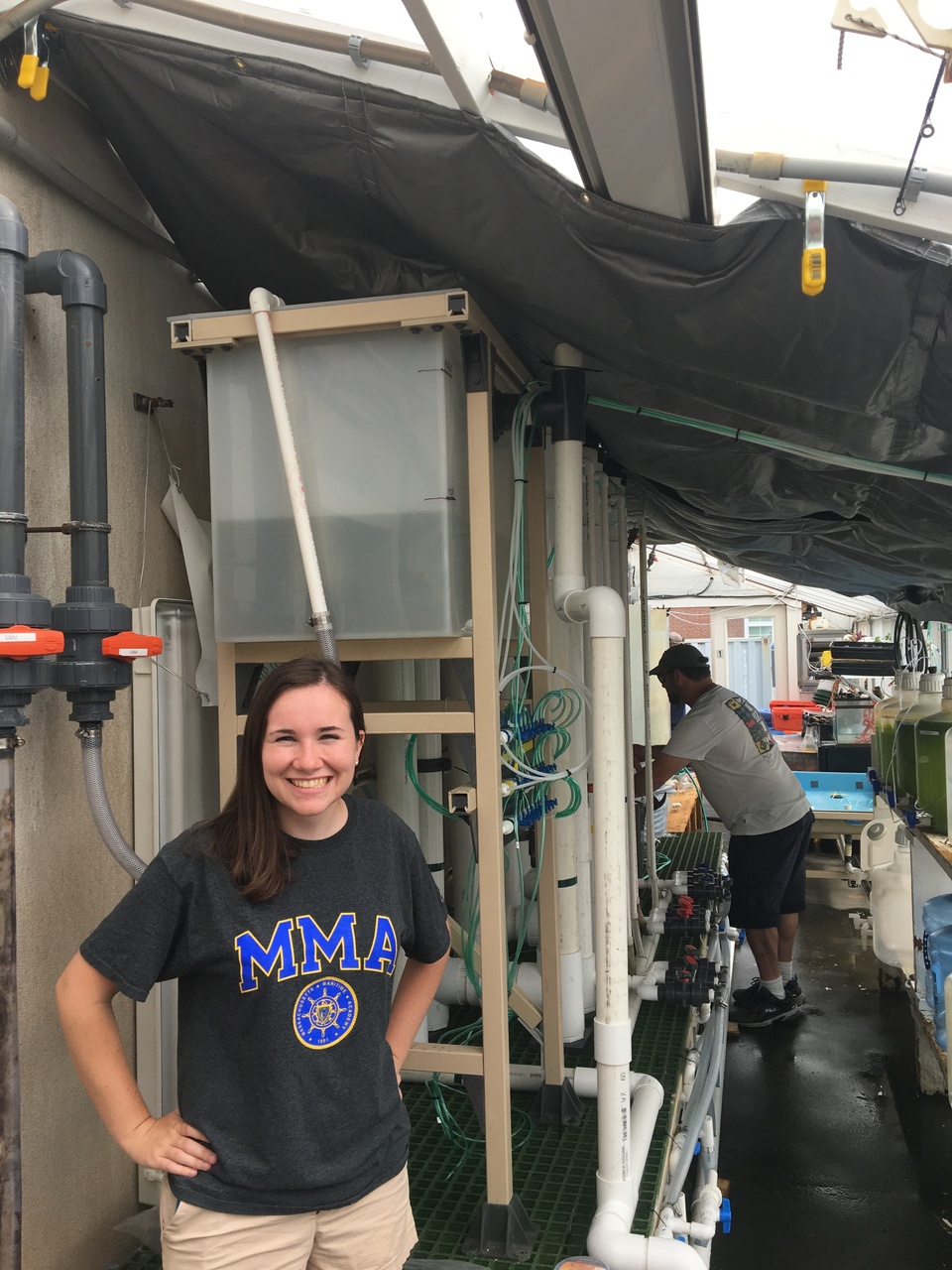 Academy cadets Heather Gaughan and Jack Gerrior provided daily support. “Dr. Meseck and her team have been wonderful mentors and it’s been awesome helping out,” said Gaughan, who will intern with the agency next summer as a NOAA Hollings Scholar. Gerrior agreed, “As students who aspire to work for NOAA after graduation, this experience is invaluable.”

“NOAA hired our students to conduct daily monitoring of the experimental system and preserve treatment samples,” faculty member Kristin Osborne affirmed. “This collaboration provides cadets with invaluable hands-on research experience alongside top-notch scientists and is an opportunity to apply our 'learn-do-learn' philosophy.”

With enthusiasm on both sides, NOAA’s Milford Lab and the Maritime Academy may team up again for future work. While results from this experiment are still being processed, the question of how vulnerable or resilient sea scallops will be to changing ocean conditions is vitally important to fisheries management.