Underwater technology is helping us find whales even when we can’t see them. 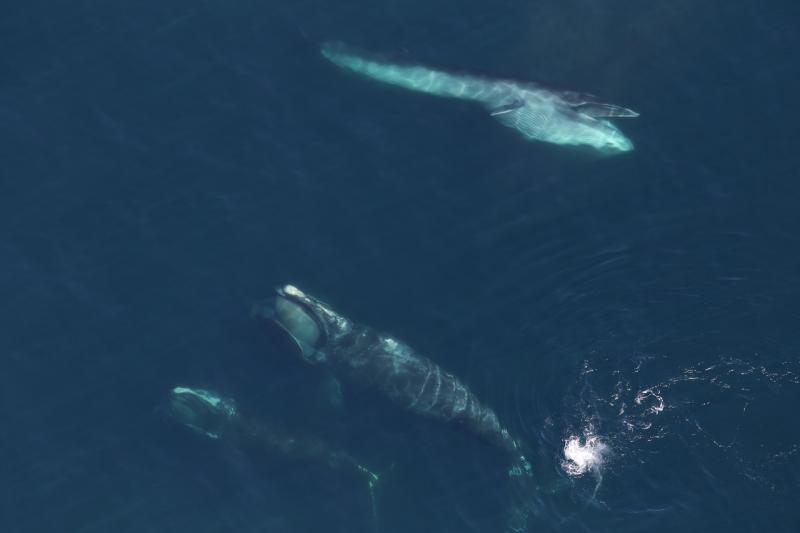 Two passive acoustic data collection efforts are underway in the Gulf of Maine to gather information on North Atlantic right whales. One will deploy fixed archival-acoustic recorders mounted on the ocean bottom for a specific period of time. The other will use autonomous underwater vehicles called gliders, equipped to record acoustic information and report it back in near real-time.

“Real time monitoring provides the opportunity for direct conservation action through alerting vessels to the presence of endangered whales and to slow down to avoid striking the whales, while archival monitoring helps build a long-term 24/7 picture of their presence,” said Sofie Van Parijs, who leads the Passive Acoustic Research Group at the Northeast Fisheries Science Center. 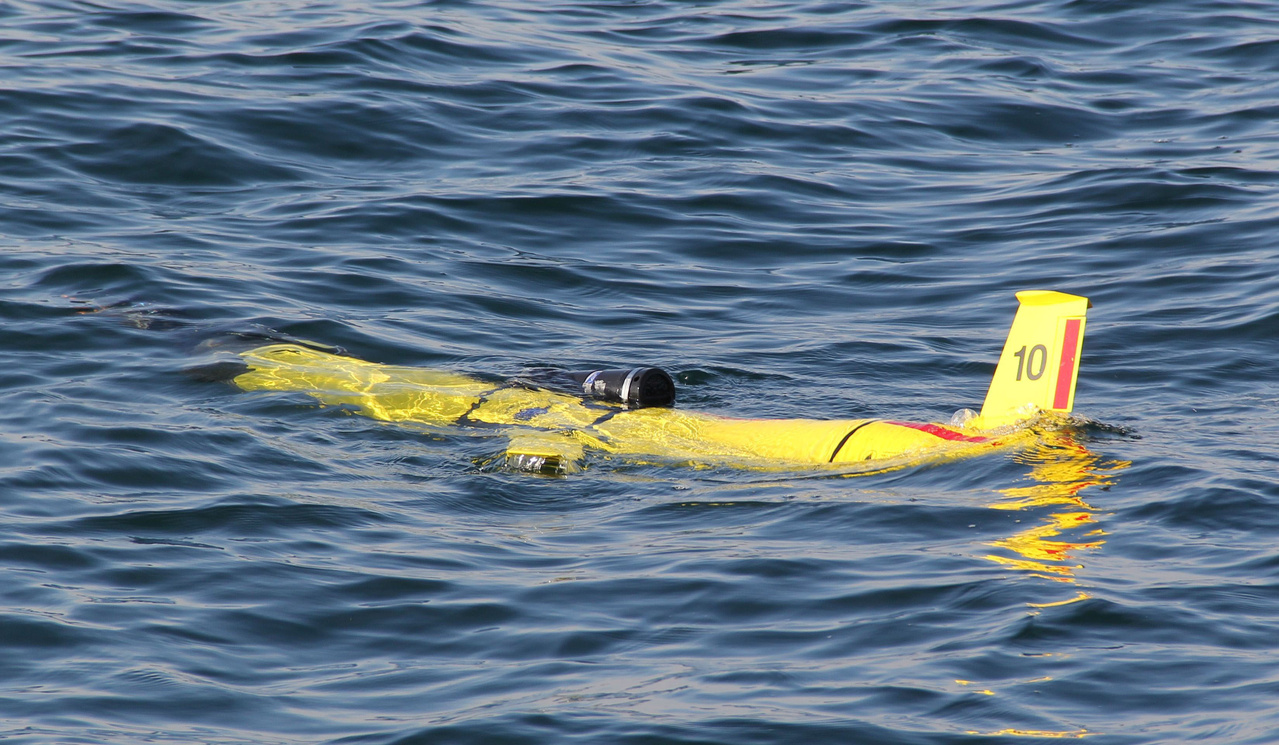 A glider equipped with an acoustic recorder to detect whales. Photo: NOAA Fisheries

“These new efforts will support routine passive acoustic monitoring of North Atlantic right whales and other baleen whale species throughout priority areas, and improve our understanding of changes in their movement patterns,” she said.

Right whales have changed their historic migration patterns in recent years, and tracking them is a difficult task.

Like most whales, this species does not spend much time on the ocean surface where they can be seen by researchers during aerial or ship-based surveys. Sound is the whale’s primary means of communicating, so if they are present in an area, they are probably making sounds. Underwater microphones can detect those sounds and even report back to researchers in near real-time.

These instruments can remain in the water continuously for months at a time. Along with visual sightings made from ships and aircraft, the sound recordings are revealing information about where and when whales of various species are present.

The fixed archival-acoustic recorders will continuously detect and record sounds for 3 months. Then they will be retrieved, their batteries refreshed, and the recorded data downloaded before they are redeployed at the same location. This cycle will be repeated four times to obtain a full 12 months of data, which will be analyzed to identify captured sounds, which may include calls made by North Atlantic right whales. 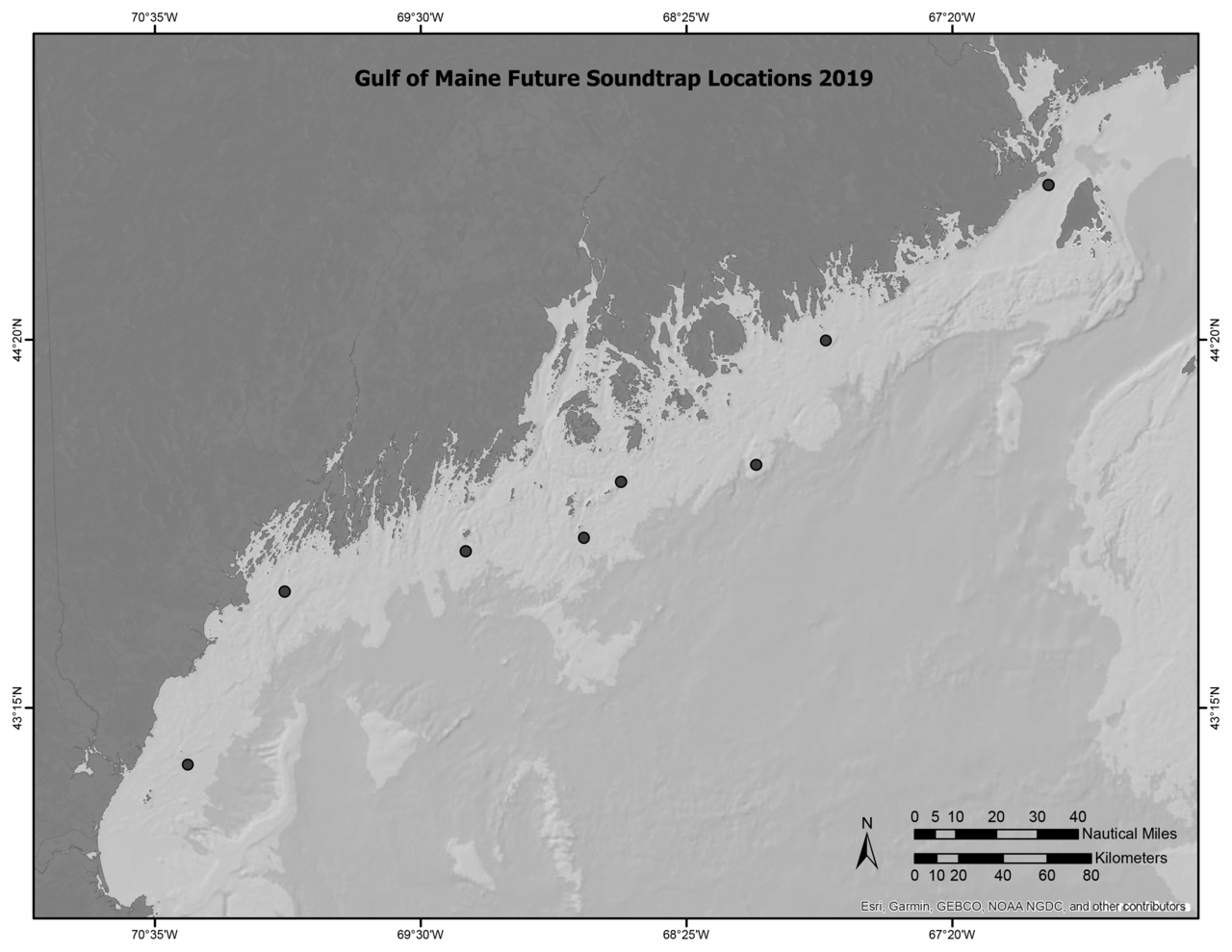 Researchers expect to deploy the recorders this month for at least 1 year at 8 locations (see map) along the Maine coast. They will be inside of state waters (within 3 miles from shore). The nearshore sites chosen are the same as those sampled by the Maine Department of Marine Resources in 2010. This will enable researchers to compare the data for differences over time.

Maine Department of Marine Resources personnel will deploy and retrieve the devices for NOAA Fisheries. Researchers at the Northeast Fisheries Science Center will analyze the data.

“We are excited to partner on this project to begin to understand how right whales might use nearshore waters in Maine,” said Erin Summers, lead of the Division of Biological Monitoring and Assessment at the Maine Department of Marine Resources. “It is a data gap that has implications for Maine’s fixed gear fisheries that operate close to shore.” 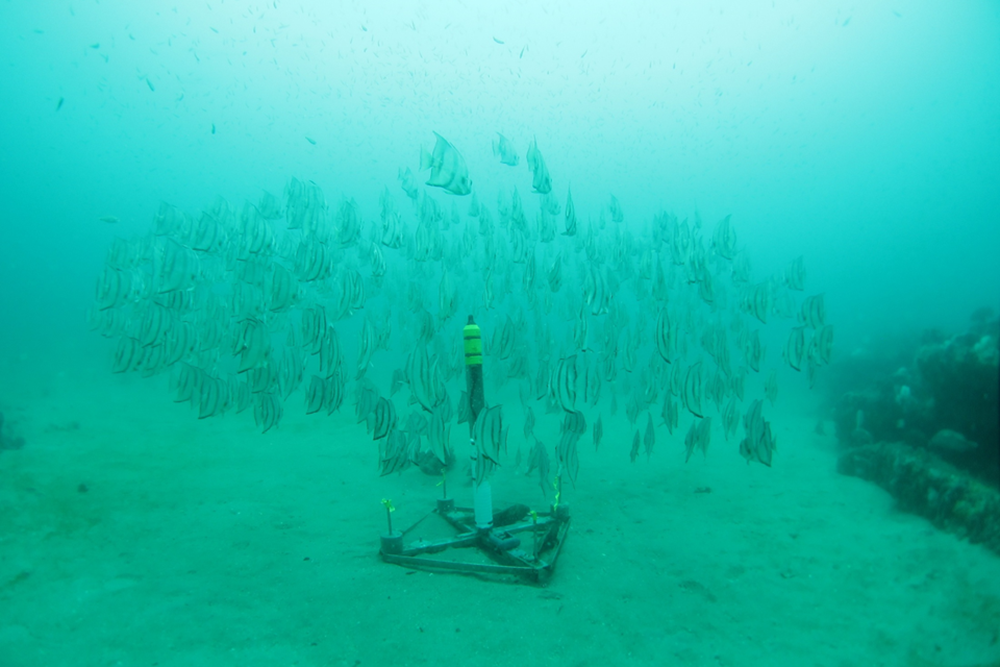 An example of an underwater acoustic recorder deployed on the ocean floor, in this case in Grays Reef National Marine Sanctuary in Georgia, to listen for whales. Photo: NOAA Fisheries

In January, center researchers deployed two fixed archival-acoustic recorders on Nantucket Shoals, where groups of right whales have been observed in recent months. The recorders will remain there for at least 1 year.

Real-time glider deployments have been conducted in recent years over Roseway Basin in Canadian waters, and from December 2018-April 2019 in Gulf of Maine waters. This year, a glider is following similar survey lines from December 2019 to April 2020. Acoustic detections of right whales will be monitored daily for near real-time alerts when North Atlantic right whales are present and calling in that area. 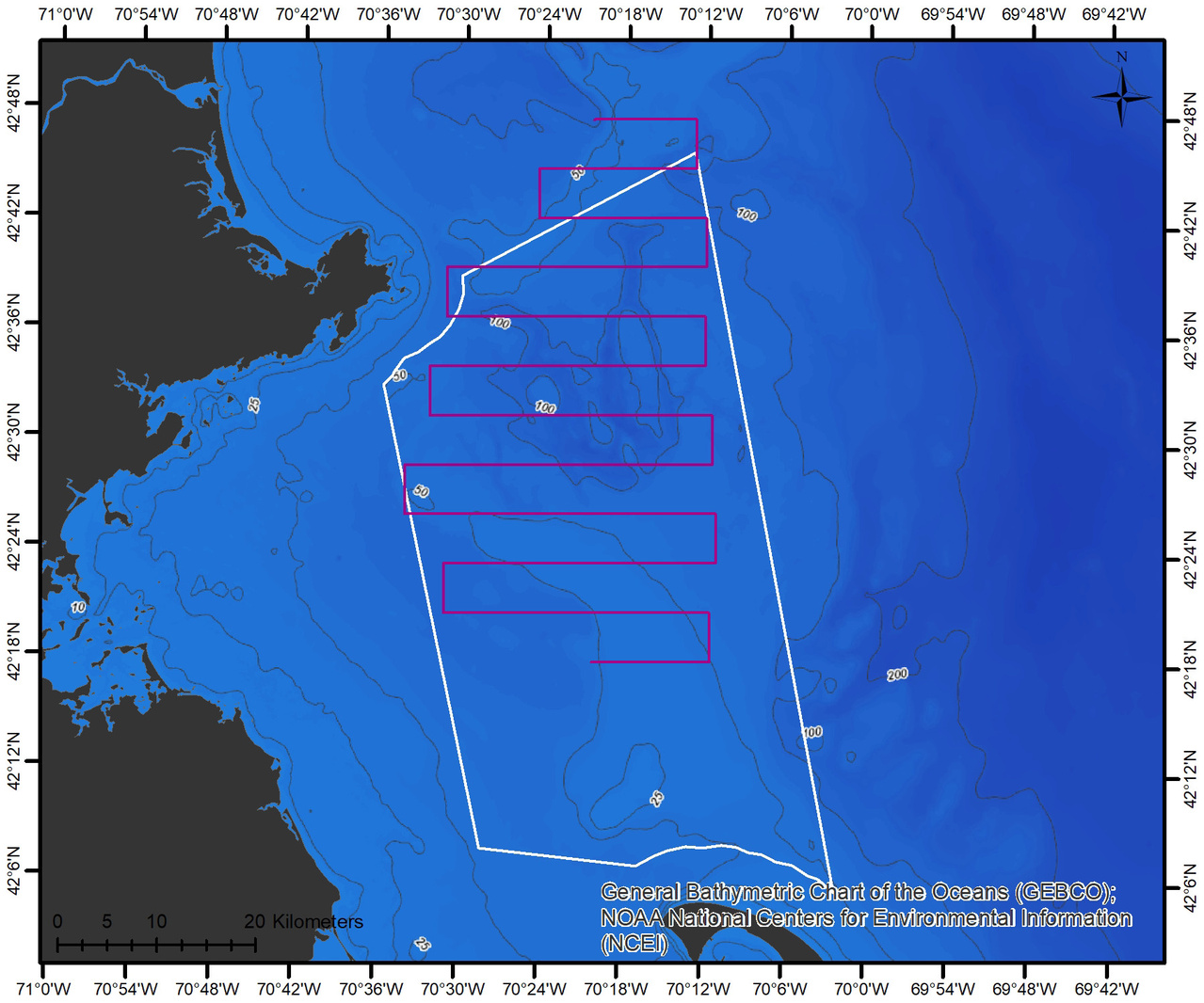 Another glider survey with real-time acoustic relay is taking place within the Stellwagen Bank National Marine Sanctuary off Massachusetts between January and May 2020. This effort is part of the SanctSound Project aimed at learning more about sanctuary soundscapes at seven national marine sanctuaries and one marine national monument. In addition to providing updates on the presence of right whales, the focus is also on mapping haddock spawning areas within the sanctuary.

Partners in these projects: