NOAA Fisheries scientists used modern acoustic technology to successfully verify the accuracy of old (1924-2003) maps of the Alaska sea floor and validate their use in managing sustainable fisheries. 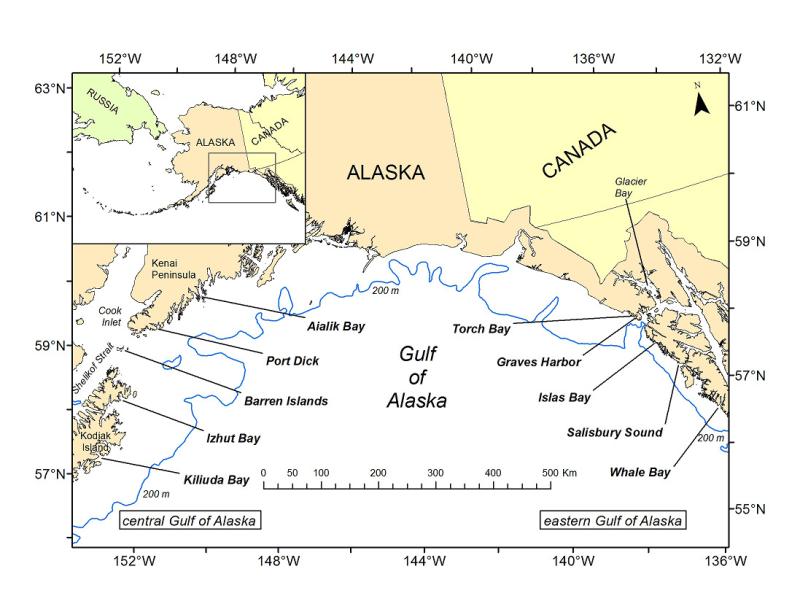 The study was part of the Gulf of Alaska Integrated Ecosystem Research Project (GOA IERP), jointly funded by NOAA and the North Pacific Research Board, which seeks to understand what affects juvenile survival of five fish species in the Gulf of Alaska. This information is critical for sustainably managing fisheries.

The five target species of the GOA IERP - pollock, cod, arrowtooth flounder, sablefish, and Pacific ocean perch - live offshore as adults but depend on shallow, protected inshore areas that serve as nurseries for juveniles. Zimmermann’s smooth-sheet bathymetry was ultimately applied to a GOA IERP study to model and map habitat for these juvenile nurseries that will be extended to develop a juvenile habitat modeling program for future Essential Fish Habitat (EFH) updates. 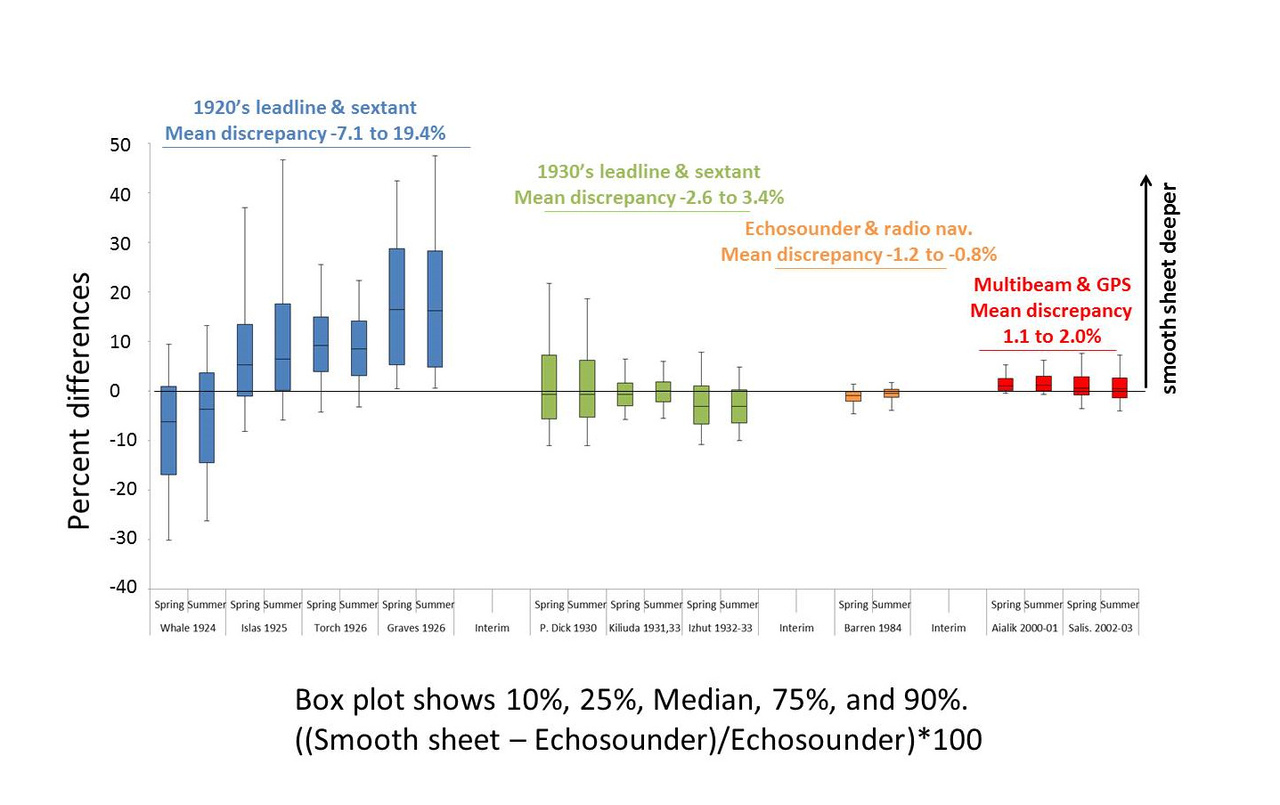 “We weren’t surprised to find that the 1920s maps had the most error,” says Fisheries Biologist Mark Zimmermann, who led the project. “The hydrographers were working in dangerous, uncharted areas. Their written report on the 1925 Islas Bay survey noted,  ‘This survey can hardly be considered adequate,’ and ‘There is hardly a square mile on the sheet that does not show some indication of a lurking danger.’ Islas Bay is so uneven and rocky that they had a hard time conducting their hydrographic survey. We encountered the same problems in Islas bay in 2013.”

What was surprising was the high quality of the 1930s data, which used the same hand sounding and visual triangulation methods as in the 1920s. “For reasons I can’t figure out, the 1930s maps had really accurate measurements,” says Zimmermann.

Soundings made during the 1980s using radio beacons and echosounders were very accurate. Measurements from the early 2000s used multibeam surveys, which are highly accurate, cover a wider swath of ocean floor than older methods, and are the state of the art today.

Zimmermann has used maps created from the old smooth sheets to design a set of metrics, 56 measurements, that describe the areas in ways that are relevant to fish habitat. For example, the measurements include average depth, deepest depth, openness to the sea, and shoreline exposure.

“It’s not shocking, but pretty cool, that I can tell which bays are close to each other by their similar metric profiles - without looking at a map,” says Zimmermann.

Zimmermann has previously used similar methods to create offshore maps that have been used to model where juvenile flatfish are most likely to settle; maps used in the NOAA Deep-sea corals program; and Essential Fish Habitat descriptions for the eastern Bering Sea, Aleutian Islands, and Gulf of Alaska.