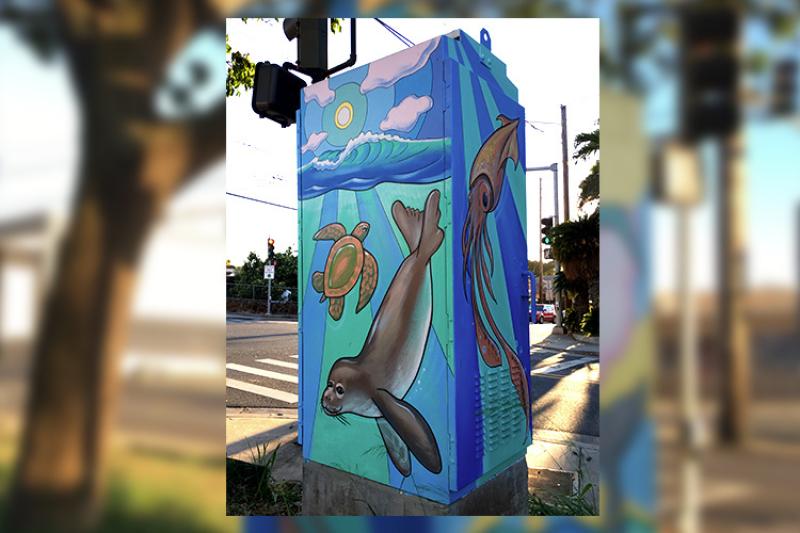 NOAA Fisheries observes Endangered Species Day each year to bring awareness to the protection and conservation of our nation’s endangered species and the importance of mitigating the threats to their survival. This year, we are honoring this special day by highlighting the various murals, paintings, and other media that communities across Hawaiʻi have produced to showcase their admiration for Hawaiʻi’s native wildlife, especially the endangered Hawaiian monk seal. 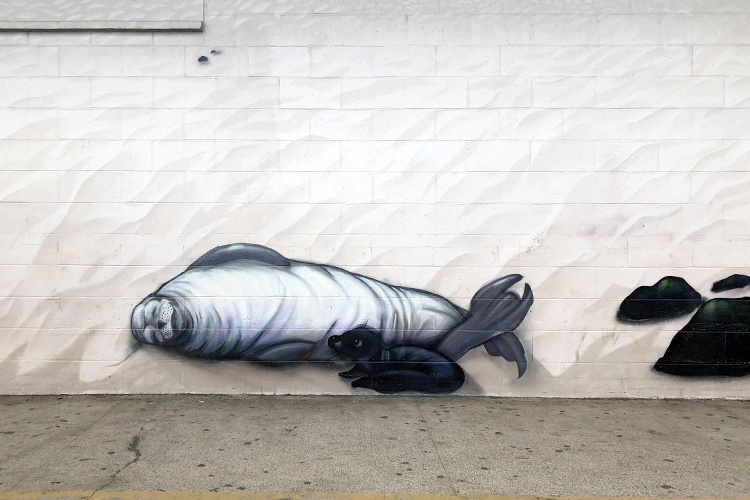 Many artists have expressed their creativity by incorporating Hawaiian monk seals into murals—from a marine-inspired mural at the Nanakuli superette on Oʻahu to a class project at the Mokupapapa Discovery Center on Hawai’i Island. Artists of all backgrounds and ages have chosen the Hawaiian monk seal as an inspiration. Having communities on each island use this platform to spread awareness makes a big difference in the recovery of the Hawaiian monk seal. They are the most endangered pinniped in the United States, with just 1,400 individuals left in the wild. 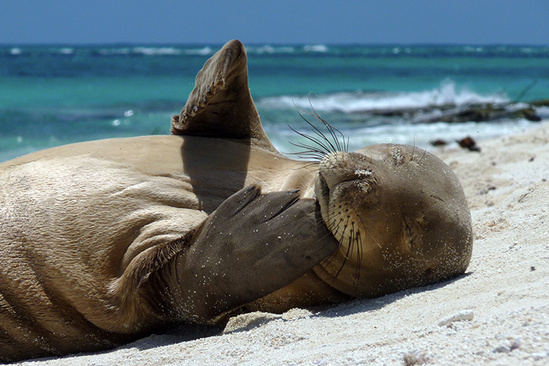 Hawaiian monk seals found only in Hawaiʻi. They are threatened by entanglement, habitat loss, fishery interactions, disease, and intentional killings. As a top predator, the seals are important for maintaining balance in the ecosystem, making their recovery all the more imperative. The more people demonstrate that humans and seals can peacefully coexist—whether through their actions or their art—the more the message will spread and inspire others to protect Hawaiʻi’s native seal, ultimately aiding in their recovery.

Importantly, the Endangered Species Act  was enacted in 1973 to prevent future species extinctions, recover imperiled species, and protect those species’ habitats. The story of the Nēnē, or Hawaiian goose, is a perfect example of how the ESA and public awareness can aid in the recovery of a species. In the 1950s, there were only 30 individuals left. Today there about 3,000 Nēnē flying in the skies over Hawai`i thanks to a concerted recovery effort facilitated by their listing in the ESA.

The Nēnē is on its way to recovery, and with your help we can make the Hawaiian monk seal a similar success story. So for this Endangered Species Day, we invite you to help raise awareness by going into your community and finding different art pieces that include a Hawaiian monk seal, snapping a photo, and sharing it on social media. Use the hashtag #MyMonkSeal in your posts so that others can see the different works of art in your area.

Thank you for participating and remember—YOU can make a difference in the life of an endangered species!

Last updated by Pacific Islands Regional Office on May 20, 2019