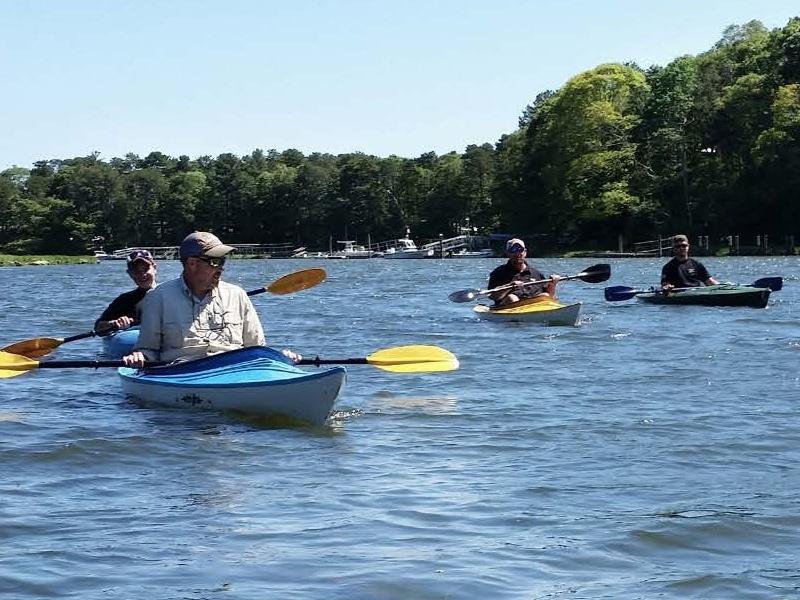 A new report by social scientists at NOAA Fisheries reveals that viewing or photographing the ocean was the top activity for ocean lovers in the U.S. in number of participants, days spent, and how much people paid to do it.

The recently released report provides results from the National Ocean Recreation Expenditure Survey, the first of its kind for NOAA. Responses to the survey indicate that in 2012, the baseline year chosen by researchers, nearly 49 million adults over 18 years of age nationwide participated in ocean and coastal recreation, spending more than 1.2 billion days along the coasts and spending over $141 billion in ocean recreation-related goods and services. That spending supported more than 3.1 million full and part-time jobs, $409 billion in income to businesses, and $135 billion to household incomes.

First NOAA Survey of its Kind

“This is the first national survey undertaken by NOAA Fisheries to estimate participation levels and the numbers of days people spent enjoying a broad range of ocean and coastal recreation activities,” said co-author Scott Steinback, an economist in the Social Sciences Branch at the Northeast Fisheries Science Center laboratory in Woods Hole, Mass. “Nothing of this magnitude had been attempted before, so it took a long time to collect the data, analyze it, and pull it together into a comprehensive report.”

The wide-ranging survey was conducted in 2012 and 2013. Focus groups, one-on-one interviews, and other techniques were used to test the survey design before the main survey period began in March 2012. Every two months for a year, survey respondents were asked details about their ocean-related activities in the previous two months to account for seasonal activities. That way data could be collected when changes in weather and temperatures influenced when people were most likely to be participating in various ocean and coastal recreation activities.

Includes Households in All 50 States, DC

Households in all fifty states and the District of Columbia were included in the online survey, which focused on eight categories of activities: recreational fishing; recreational shellfishing; hunting waterfowl or other animals; viewing or photographing the ocean; beachcombing, tidepooling or collecting items; water contact sports; boating and associated activities; and outdoor activities not involving water contact.

Six regions in the U.S. were defined for sampling: Pacific, New England, Mid-Atlantic, South Atlantic, Gulf of Mexico and Inland. Since the survey focused on ocean and coastal-recreation activities, any activities that occurred on the Great Lakes and other inland lakes, reservoirs, rivers and streams were excluded. The shoreline of the United States spans roughly 88,633 miles excluding the Great Lakes.

The Pacific region, with 48 percent of the U.S. ocean shoreline, had the largest number of participants, days involved, and ocean recreation-related spending. Nearly 14 million participants spent 382 million days engaged in an ocean activity and spent over $39 billion on durable and trip-related goods and services. The Mid-Atlantic region, with 12 percent of the nation’s ocean coastline, was second in the number of ocean recreation participants, with over 10 million people enjoying the region’s coastline.

The New England region had the smallest regional share with 5.6 million ocean recreation participants spending 135 million days and $11 billion along New England’s coast, which is about 7 percent of the U.S. ocean shoreline.

Survey Based on Experience

A link to the questionnaire was sent to a sample of households who participated on a web-enabled research panel maintained by GfK Group, formerly Knowledge Networks. This panel is designed to be statistically representative of the U.S. population and panel members are recruited through probability-based sampling methods (i.e., address-based sampling). To ensure the participation of households of varying income and technology fluency, GfK Group provided internet and computer equipment, as well as technical support as needed. Spanish-speaking households are also included on this panel and were sampled for this study.

“NOAA Fisheries has been doing surveys since 1994 with recreational anglers, so we built upon the experience gained from those, plus other recreational fishing expenditure studies that NOAA Fisheries continues to conduct,” Steinback said. “In addition to baseline information on participation and effort, or the time spent in that activity, we collected data on spending related to each category. That included the cost of boats and their maintenance, insurance, fishing rods, binoculars, and other items to purchases of food, beverages, lodging, paying visitor fees, and other costs of ocean recreation trips.”

“This study is an important contribution to our understanding of how a wide range of ocean and coastal activities contributes to our national and regional economies,” said Kosaka. “It is the first study to estimate participation and effort levels, and the economic contribution of these activities, using data collected from ocean recreation participants from all 50 states and the District of Columbia—not just coastal states. If someone in Ohio made a trip to the Jersey shore to hang out at the beach and they participated in our survey, their activities would be included in our estimates. We can now start to put that activity in context with other ocean and coastal activities.”