Oregon’s Foster Dam just got an upgrade, one that is proving vital to the survival of threatened Upper Willamette River spring Chinook salmon and winter steelhead. 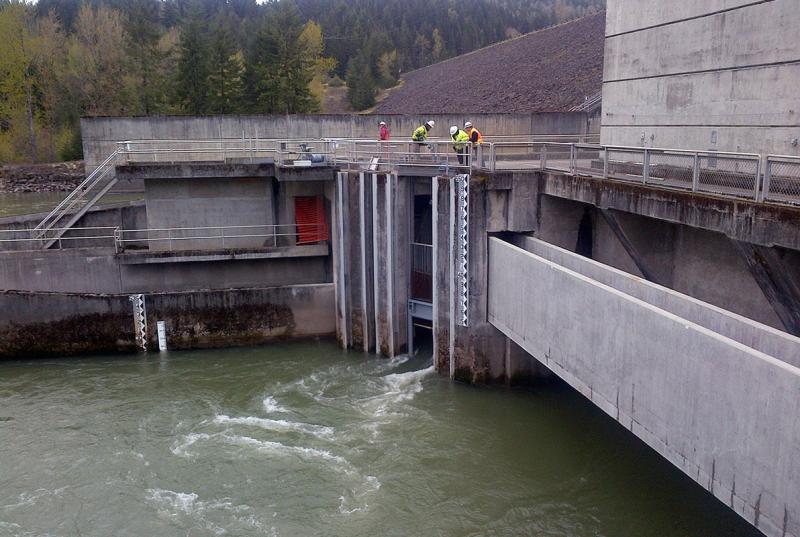 Adult Chinook salmon and steelhead enter the Foster collection facility at the base of Foster Dam. They ascend a short ladder to a holding pool for sorting. Photo by Stephanie Burchfield, NOAA Fisheries

Oregon’s Foster Dam just got an upgrade, one that is proving vital to the survival of threatened Upper Willamette River spring Chinook salmon and winter steelhead. A new facility ensures fish can bypass the 126-foot flood control structure in better condition as they migrate upstream, improving the odds they reach their spawning grounds high in the Willamette Valley’s South Santiam basin.

When Foster Dam was constructed in the 1960s, an adult fish collection system was included in the original design. The system included a ladder that guided fish into a holding pond and processing area adjacent to the spillway. From there, the fish were directed into a hopper basket, manually netted, placed into a truck, and transported upstream for release. While the system allowed fish to migrate upstream, it relied on human handling and caused delays in migrations, causing serious physiological stress and injury.

The new facility has several upgrades, including improved flows that attract salmon and steelhead to the base of the fish ladder more effectively, as well as larger holding pools that will minimize stressful overcrowding conditions. Direct contact between fish and humans will be significantly limited, a stark contrast from the old system. The fish will now be sorted using a system that includes soon-to-be installed PIT tag detectors, hydraulic gates, and flumes (or chutes) that guide fish into holding pools or return them to the river. The fish collected in holding pools will be transported to a truck using a new water-to-water transfer system that eliminates the need to dewater or capture fish in nets. The truck will then transport the fish upstream of the dam so they can spawn in the South Santiam River and its tributaries.

“We’re giving fish better odds of surviving once they’re released above the dam,” said Marc Liverman, NOAA Fisheries Branch Chief for the Willamette Valley. “The goal is to improve handling conditions for these threatened fish below the dam so that when they reach upstream habitat, they can spawn in the wild successfully and help to rebuild the natural population.” 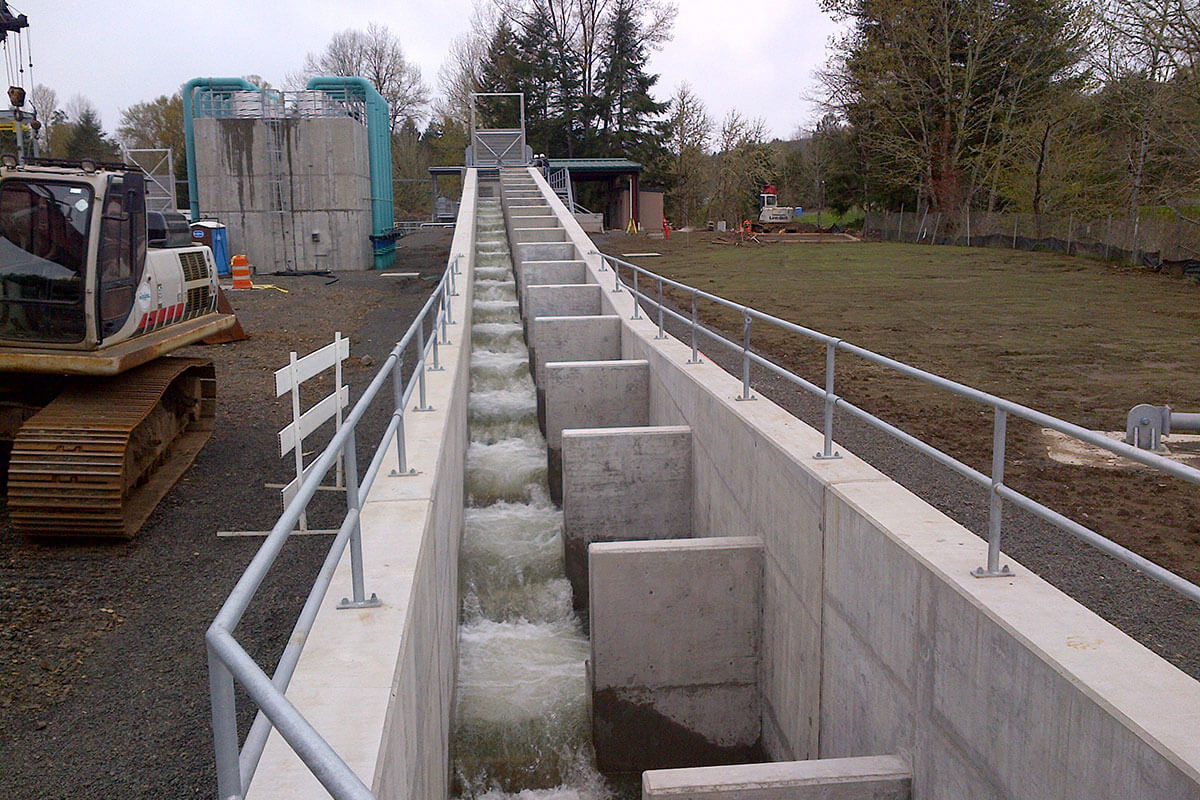 After climbing the fish ladder to a holding pool, the adult fish are sorted to determine their final destination- hatchery fish to the hatchery and natural origin fish to be released in habitat above the dam. Photo by Stephanie Burchfield, NOAA Fisheries

The improved conditions are the result of a NOAA Fisheries’ 2008 biological opinion issued to the U.S. Army Corps of Engineers following consultation under the Endangered Species Act. The opinion detailed specific improvements to the Willamette’s system of dams for aiding in the survival of protected fish. This newest facility is the latest in a series of fish passage improvements the Corps is undertaking to fulfill its commitments under the opinion.

Last year the Corps built the Minto Fish Collection Facility with a goal similar to that of the Foster facility: safely collect adult Chinook and steelhead so they can be transported around Big Cliff and Detroit dams and released into the upper North Santiam and Breitenbush Rivers. Two of the four upstream passage requirements are now complete, with fish passage improvements at Fall Creek anticipated this year.

In addition to upgrading adult fish facilities, the Corps is working to design, build, and operate structures to provide safer downstream passage for juvenile fish, consistent with the same biological opinion. Juvenile passage improvements are targeted for Cougar, Detroit, and Lookout Point dams. The Corps, in consultation with NOAA Fisheries, is evaluating several alternatives for these projects, including the use of floating surface collectors that have proven successful for young fish migrating through the Baker Hydroelectric Project in Washington State.

“Adult passage is critical,” said Liverman, “but we are just as focused on the migration of juvenile fish, because if we can’t get young fish downstream, we’re not going to get adults back to spawn.”

In addition to passage improvements, the biological opinion also requires structural and operational improvements to temperature and flow management to provide better spawning, rearing, and migration conditions; hatchery management measures to reduce competition for resources and impacts on wild salmon and steelhead; and implementing or funding projects to improve tributary and mainstem river habitat conditions by restoring riparian and floodplain habitats in the Willamette River Basin. These actions collectively are designed to improve the survival of threatened Upper Willamette River Chinook salmon and steelhead.